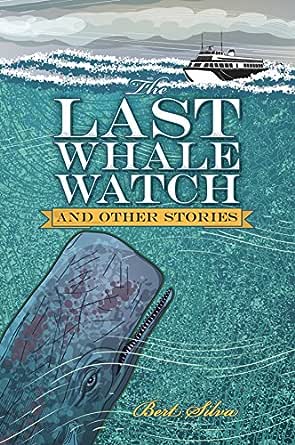 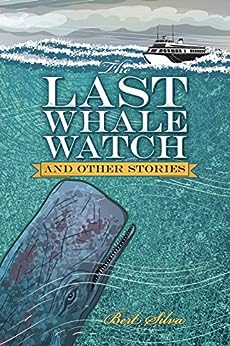 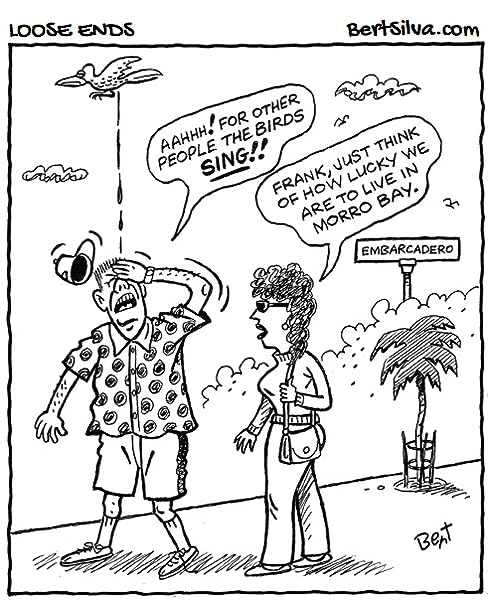 The Last Whale Watch and other stories Kindle Edition

★★★★★The Last Whale Watch and other stories by Bert Silva is an electric array of character snapshots focused on well-meaning Americans throughout the last century. Some of these stories illustrate how transformative experiences brought on by the extraordinary pressures of wartime or life at sea can change a person in an instant. The titular tale here follows a young man at a critical juncture in his life, taking place at some undefined point in the future and, zanily enough, costarring three mechanical whales. Other stories are a bit quieter, focusing on brief frames of their characters' lives - a day of drudgery as a young farmhand, for example - and showing how even during our most mundane moments, our minds are constantly buzzing, scheming. Dreaming.
They say to write what you know, and Silva's expertise on subjects as varied as sailing and the Hollywood film industry shines through in this short story collection. His stories seem to oscillate between two extremes: in a good portion of them, we follow characters who are trying to hold onto that last vestige of stability while the emotional and political landscape continues to shake and tumble around them. In an equally sizable sample, his characters are trying to achieve just the opposite goal, seeking a volatile catharsis through acts like murder, revenge, and risky decision-making in the hopes that it will somehow lend new meaning to their lives. Silva dazzles with a truly impressive storytelling smorgasbord, switching gears between quasi-dystopian, Melvillian tragedies and equally gut-wrenching stories of decadence and depression during a nostalgic American heyday.
Source: redcityreview.com/last-whale-watch-bert-silva

The Last Whale Watch and Other Stories is a short story collection by Bert Silva. It offers a snapshot of the lives of a number of different characters, from an officer in the army to police officers reflecting on an actress's death. These stories are very much character-driven rather than plot-driven.

Bert Silva's creative life began with an interest in drawing. He worked for a time at Walt Disney Studios in the animation dept. Now a full-time writer, Silva has written a number of short stories and novels. An avid sailor, he's made passages to La Paz, Baja California Sur and Mazatlan, Mexico with his 30-foot sloop. He has crewed on other boats to Hawaii and down the Atlantic from Connecticut to the Caribbean. These experiences helped Silva write sea adventures like "Vendetta- in Pursuit of a Scoundrel" and "Faraway," a story included in this collection. Bert Silva lives on the California central coast, an ideal location for cruising among the Channel Islands offshore. The coves there sometimes fill with boats from the mainland. Silva suggests it is smart to anchor well, especially when the Santa Ana winds might blow, and smarter still to sail around to the west-facing side of Santa Cruz Island and drop the hook in Smugglers Cove. --This text refers to the paperback edition.
Read more