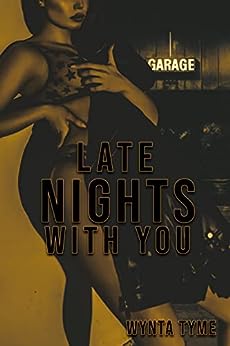 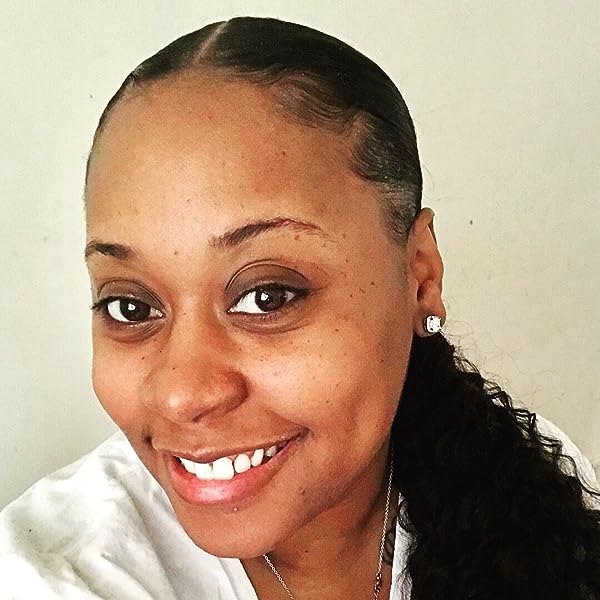 Late Nights With You Kindle Edition

by Wynta Tyme (Author) Format: Kindle Edition
See all formats and editions
Sorry, there was a problem loading this page. Try again.

Gardyn Strides is a selfless person and amazing boss. Her days are filled with taking the upscale lounge she manages to new heights, while her nights contain only work and no play. There was once upon a time where she played hard, but one fateful night brought her world crashing down. Now she sticks to a mundane routine of work, family, and keeping people at bay.

Kaido ‘KT’ Tanaka is a devilishly handsome small business owner who allows his assertiveness to keep people away and his loneliness to blanket him. After going through a rough ordeal with the woman he was supposed to be with for the rest of his life, he has retreated within the jail cell surrounding his heart. Many women have tried to free him, but his willingness to hold onto the past has deemed them all failures.

Despite the pair being linked through association, a roadside service job causes Gardyn and Kaido to collide. They try hard to fight the natural chemistry rising between them but it seems impossible to lower their heated attraction. Now if only they can allow the past to stay in their rearview, maybe they can birth a happily ever after together.

Whether you’re a romance buff or thriller junkie, Wynta Tyme has created a lane that merges both avenues together. With a love for romance, suspense, and thrillers, she prides herself on displaying a balance between each genre in her novels. Since age eight, writing had become as easy as breathing thanks to authors like Walter Dean Myers, Walter Mosley, R.L. Stine, and Agatha Christie. Whenever the world was too heavy as child, Wynta Tyme could be found on the floor of her bedroom closet engrossed in books filled with adventure, science fiction, and mystery!

Now that she’s married and a mom of three, Wynta Tyme wants to set an example for her children. She wants them to dream big and always know there’s a place for them in the literary world. Wynta Tyme wants to be known for her descriptive writing, creative plots, imaginable scene setting, and unforeseen plot twists. With readers that enjoy romance, suspense, mystery, and thrillers, she can do just that!

Toya Davis-Stokley
4.0 out of 5 stars Sweet Gardyn
Reviewed in the United States 🇺🇸 on May 29, 2022
Verified Purchase
Okay, Wynta! A little different from the norm from you, but I liked it! Gardyn, was such a sweet soul. I felt for her that she couldn't be with KT, due to her "so-called" friend cutting her off at the pass! I felt something was off about Syn, but couldn't put my finger on it! KT, hid his affections from Gardyn, as he thought she didn't feel the same for him. They both were manipulated by that damn Syn! He too got caught up in her tangled web! I was glad that they were able to finally able to give in to their feelings. But, that revelation! What the hell were you thinking Syn? I mean really??? 😠 This is why you kept Gardyn under your thumb? Just evil!! Good read! 👍👍👍
Read more
One person found this helpful
Helpful
Report abuse

Weekend Reader (Lynell)
4.0 out of 5 stars Childhood friends
Reviewed in the United States 🇺🇸 on June 5, 2022
Verified Purchase
Oh this was tough one, on the one KT and Gardyn got their HEA but boy was it journey. I think its always fascinating to explore toxic friendships and how they impact romantic relationships and Syn was one really really bad friend. I mean girl code violations left and right. What a bitch. The other which just bothered me a little is the description of KT almond shape eyes eek he's Japanese that description wasn't necessary and it came up quite a few times. Besides that I would read more about these two.

C Jackson~Books Etc.
4.0 out of 5 stars Yes ma'am
Reviewed in the United States 🇺🇸 on July 2, 2022
Verified Purchase
Yes, this was a very good story. Even the length was just enough to get a whole story vibe. Gardyn was naive to her friend's real motives. Thankfully Gardyn had true friends who had her covered. I wish I had a picture of Kaido; his description was nice. Overall, the story was nice.
Read more
Helpful
Report abuse

Kindle Customer
5.0 out of 5 stars Amazing read
Reviewed in the United States 🇺🇸 on September 4, 2022
Verified Purchase
Such an amazing read. They both stole my heart separately and together. I felt every emotion possible and Syn needed an ass whoopin way before then
Read more
Helpful
Report abuse

Cassandra Jerido
5.0 out of 5 stars Nice Little Plot Twist
Reviewed in the United States 🇺🇸 on August 19, 2022
Verified Purchase
KT know he adored himself some Gardyn. Their love was organic and just felt right. Gardyn was definitely too trusting and loyal to the wrong people but everything worked itself out. I’m glad they both got their HEA.
Read more
Helpful
Report abuse

CLorraine
5.0 out of 5 stars Wow
Reviewed in the United States 🇺🇸 on July 6, 2022
Verified Purchase
With friends like Syn, Gardyn didn’t need any enemies. Gardyn has loved KT since she was seven years old. When she introduced her college friend, Syn, to KT, Syn immediately moved in on him. If only that was the worse thing she did. Syn was probably the worse friend in the history of bad friends. But luckily, once KT got away from Syn, he was the best boyfriend to Gardyn! Awesome story.
Read more
Helpful
Report abuse

Filovesbooks
4.0 out of 5 stars A great book
Reviewed in the United States 🇺🇸 on May 26, 2022
Verified Purchase
This is a great book and I love the main characters. One click now and enjoy this book for yourself.
Read more
Helpful
Report abuse

Abeni
5.0 out of 5 stars Friends to lovers is what makes this story so freaking good
Reviewed in the United States 🇺🇸 on May 30, 2022
Verified Purchase
KT and Gardyn are perfect for one another. They love they have for one another is hard to not see. That Syn though! She was definitely a piece of work and proof that you have to be careful who you're friends with. That date at the botanical gardens though!! It made my heart swoon!!
Read more
One person found this helpful
Helpful
Report abuse
See all reviews
Report an issue
Does this item contain inappropriate content?
Report
Do you believe that this item violates a copyright?
Report
Does this item contain quality or formatting issues?
Report