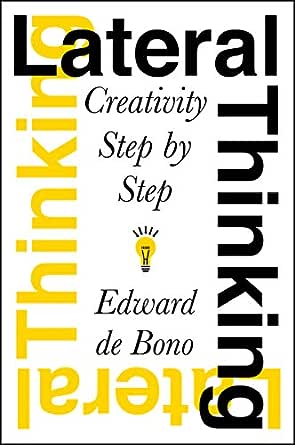 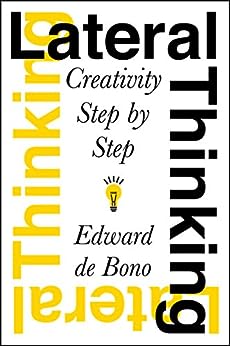 “If more bankers and traders had read Lateral Thinking and applied the ideas of Edward de Bono to their own narrow definitions of risk, reward, and human expectations, I suspect we would be in much better shape than we are.” -- Sir Richard Branson --This text refers to the paperback edition.

Edward de Bono has had faculty appointments at the universities of Oxford, London, Cambridge, and Harvard. He is widely regarded as the leading authority in the direct teaching of thinking as a skill. He originated the concept of lateral thinking and developed formal techniques for deliberate creative thinking. He has written sixty-two books, which have been translated into thirty-seven languages, has made two television series, and there are more than 4,000,000 references to his work on the Internet.

This book is intended for use both at home and at school. At school the emphasis has traditionally always been on vertical thinking which is effective but incomplete. This book is about lateral thinking which is the process of using information to bring about creativity and insight restructuring. Lateral thinking can be learned, practiced and used. It is impossible to acquire skill in it just as it is possible to acquire skill in mathematics. --This text refers to the paperback edition.
Read more

4.3 out of 5 stars
4.3 out of 5
354 global ratings
How are ratings calculated?
To calculate the overall star rating and percentage breakdown by star, we don’t use a simple average. Instead, our system considers things like how recent a review is and if the reviewer bought the item on Amazon. It also analyzes reviews to verify trustworthiness.
Top reviews

Andri
1.0 out of 5 stars Exceptionally Poor Explanations
Reviewed in the United States on March 3, 2020
Verified Purchase
The author apparently felt no need to clarify his ideas or provide any examples. I was looking for an explanation as to what 'vertical' thinking constitutes. The only explanation given is various forms of "vertical thinking is X, lateral thinking is Y". This book is entirely worthless for me.
Read more
One person found this helpful
Helpful
Report abuse

Charlie Aukerman
5.0 out of 5 stars Welcome to the core text of creative thinking
Reviewed in the United States on July 19, 2014
Verified Purchase
Dr. Edward de Bono coined the term "lateral thinking," and this is the book that explains what it is, how it works, and what it does in the realm of creative thinking. It is one of my favorites -- along with just about everything else de Bono has produced -- and I've used his various teachings to good effect in my classrooms. Creative thinking is sorely needed in the United States today as it transitions from an industrial nation into a technology-based society. This book is the core of de Bono's philosophy, and central to all his teachings. Everyone, from individuals to businesses, can learn from it.
Read more
11 people found this helpful
Helpful
Report abuse

Unfortunately, I didn't find the latter half of the book much useful for finding the most impactful and right problems to solve.

Oscar A. Martinez
4.0 out of 5 stars I liked the book. It had great insight and allowed me to look at things from a different perspective.
Reviewed in the United States on December 31, 2017
Verified Purchase
I give it a four because I think all the concepts could be summarized early in the book and then expanded over. I had to take notes and go back from time to time to refresh what was said earlier.
Orthography is something else that needs to be checked.

tarajean
5.0 out of 5 stars Just read it.
Reviewed in the United States on July 24, 2018
Verified Purchase
I love when a book I read comes up in conversation w strangers. This is one of those. If you talk to artists.... ever.
Read more
4 people found this helpful
Helpful
Report abuse

Pravin Pathak
5.0 out of 5 stars Another way to think and be creative
Reviewed in the United States on August 26, 2019
Verified Purchase
Introduces one with a way to think creatively avoiding bottlenecks and limitation of traditional thinking. Useful for brain storing sessions and finding work around in crazy situations.
Read more
One person found this helpful
Helpful
Report abuse

Saalik - a traveller passing through
5.0 out of 5 stars Thinking outside the box can lead you to great creativity.
Reviewed in the United States on October 2, 2017
Verified Purchase
Edward De Bono is a well known guru on Lateral thinking.
This is another great book from him.

Ellie Mitchell
5.0 out of 5 stars A wonderful book that will help you unlock more of your mind
Reviewed in the United Kingdom on February 9, 2020
Verified Purchase
Lateral thinking isn't something which is usually discussed, not in secondary education or anywhere that I've noticed to be honest. I was glad to come across this book when I did. There are so many useful exercises to help you develop lateral thinking habits, which help to improve general creativity. :)
.
I've always had more of a lateral mind so learning how to utilize my natural strengths has been a Godsend.

Taekwon
5.0 out of 5 stars Thought provoking
Reviewed in the United Kingdom on December 24, 2020
Verified Purchase
This book is extremely stimulating and in my opinion useful. I always seem to get “stuck” when trying to generate ideas and this book certainly helps one become unstuck.
Read more
Report abuse

Sugar-man
3.0 out of 5 stars ???
Reviewed in the United Kingdom on January 22, 2021
Verified Purchase
Interesting foundation but te book even being as practical seen to me as more then complex i waited.
Read more
Report abuse