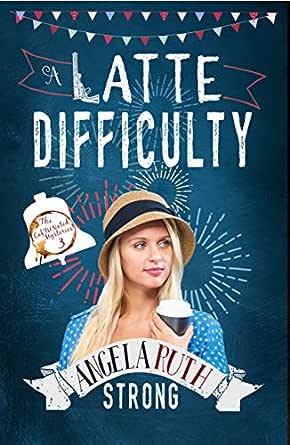 You've subscribed to The CafFUNated Mysteries! We will preorder your items within 24 hours of when they become available. When new books are released, we'll charge your default payment method for the lowest price available during the pre-order period.
Update your device or payment method, cancel individual pre-orders or your subscription at
Your Memberships & Subscriptions
There was an error. We were unable to process your subscription due to an error. Please refresh and try again. 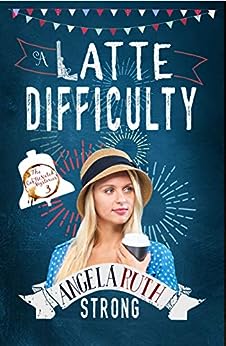 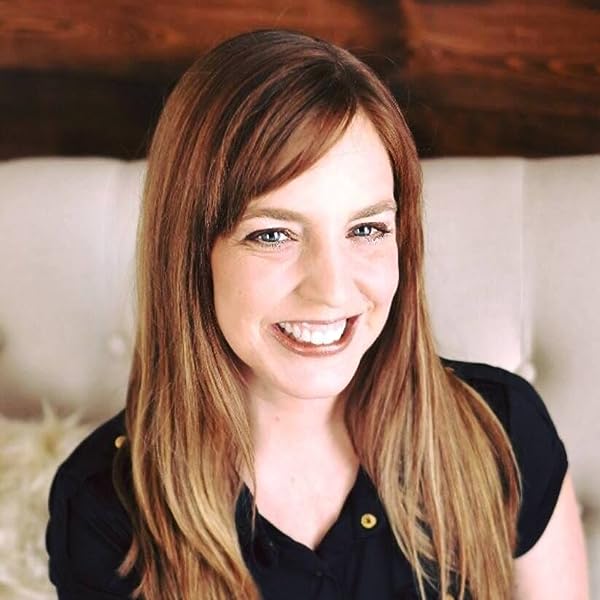 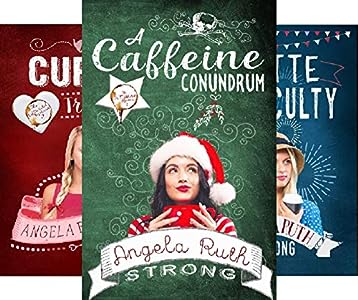 4.8 out of 5 stars
4.8 out of 5
26 global ratings
How are ratings calculated?
To calculate the overall star rating and percentage breakdown by star, we don’t use a simple average. Instead, our system considers things like how recent a review is and if the reviewer bought the item on Amazon. It also analyzes reviews to verify trustworthiness.

llamalina reada
5.0 out of 5 stars What’s more fun than a cozy mystery and a coffee shop...
Reviewed in the United States on April 5, 2020
Verified Purchase
“Marissa’s heart rate lurched. She stumbled backwards and gripped a chair for balance. Adrenaline surged through her like a triple shot espresso. She grabbed a stapler off the desk to use in self-defense.”

Oh, how I love Marissa! If you’re looking for a cozy mystery with humor, you’ll love a visit to The Caffeine Conundrum. Two best friends, Tandy and Marisa seem to find themselves in trouble once again and have to solve an attempted murder before Marissa is next. As Marissa goes to a safe house, Tandy is learning to survive running the cafe without her. This has some twists and turns that keep Tandy hopping. Planning a wedding has never been so stressful and Marissa finds herself trusting God more with her fears. I really like the characters in the series and the couples shine in this book, too. Of course. Marissa manages to let her klutziness get her into all sorts of trouble, which just adds to how much we love her. Some new characters show up in this book that will keep you guessing. I’m looking forward to some of their stories in the future.

“Perfect love casts out fear.” Strong shines with her look into the heart of God and how Marissa deals with her fears.

I would recommend reading this series in order to get the full impact of Tandy and Marissa’s stories. The books are all quick, light-hearted reads, which we all need right now. Angela Ruth Strong always has an underlying message in her books that point us to hope. In A Latte Difficulty she focuses on the fear of the Lord and not letting our own fears get in the way of our relationship with Him. I loved her heart and pointing us to God’s perspective. Marissa’s heart really shines in her relationships, too.

“She’d spend time with God and in prayer. Maybe all this happened so He could get her alone long enough to show her how much he loved her. How he needed to be her first love if she was going to keep this peace with her wherever she went.” Truly, isn’t that what God wants from all of us?

I read this book under my Kindle Unlimited account. I received an ARC of this book, too. All opinions in this review are only my honest opinions.

Kara Grant
VINE VOICE
5.0 out of 5 stars Can't Get Enough of Marissa and Tandy!!
Reviewed in the United States on September 30, 2020
Verified Purchase
Marissa and Tandy are BACK and this time, they need to solve another crime that happens in their coffee shop!! They are racing against the clock to save their friend, Randon, and Marissa is TRYING to plan the perfect wedding for her and Connor while avoiding her perfectionist Mom. Someone else mentioned this in their review and it's so true, will these unlikely BEST FRIENDS (their differences make for GREAT humor and banter) find out the culprit in time?

FAVORITE character in this one without hesitation: ZAM! Oh my goodness, EVERY scene he is in was SO well written and had me constantly smiling and or laughing, SO GOOD having him in our coffee and tea loving family!

Both ladies have a love interest but since it's Marissa's wedding being planned, her fiance Connor is the one mostly in the plot. I think Greg is Tandy's guy, but he is mentioned off page more than present in the story. BOTH are great guys but Connor has to be defiant and filled with attitude in this one since Marissa is threatened and/or endangered more than once. Not cool.

There is one scene where the police chief gets food poisoning (for real?) and Tandy is forced to answer his phone...just have to say the way it's written, TOTAL sympathy for the chief but what a HOOT that part was!! Marissa is LEGENDARY for her clumsiness but Tandy is the bestie who ALWAYS knows what to say and how to respond in awkward or silly situations while always being supportive of Marissa. Black maid of honor dress, really? This is fiction, but it blesses my socks off in how REAL it comes across and PULLS me in!

So yeah, TOTALLY recommending this book because there's SO MUCH to love about it and the BEST part...there will be ANOTHER one in this series! Will definitely be preordering that one also:
well done Strong, WELL DONE :)
Read more
Helpful
Comment Report abuse

MF Literary Works
5.0 out of 5 stars So Fun and Cute! Full of Suspense, Too!
Reviewed in the United States on April 14, 2020
Verified Purchase
Another fun book with Marissa and Tandy and it seems that trouble is still continuing to find them. These are two very different fun women whom each LOVE their choice of drink. So, they love their little coffee and tea shop where they meet interesting customers. However, some of the customers are a bit strange!
This story was so full of events that will make your head spin! Attempted murder, a chase for life, a crazy weird new guy, a wedding to plan, and through it all bits of romance and relationship issues.
From the very first chapter to the end there are so many twists and turns. These two women are like a magnet for mystery and trouble. But OH, the fun!
If you like to read "who done it" stories, then you'll love this newest book by Angela Ruth Strong.
It's entertaining, suspenseful, and just plain fun!
I highly recommend you pick it up!
Read more
One person found this helpful
Helpful
Comment Report abuse

Emybarn
5.0 out of 5 stars Marissa and Tandy are at it again!
Reviewed in the United States on April 10, 2020
Verified Purchase
An exciting adventure starts with a parade and the self absorbed character Randon and a photo booth! A new fun character is also introduced in this story.
Marissa finds herself a witness to an attempted murder and is able to describe the man. So much confusing evidence and supposition that may or may not leave them to the right man create quite the story.
I enjoyed every aspect of it and was really pleased with the detail that went into creating this story and the research that made it believable. while I was reading this book I learned about ransomware and a friend of mine had been told that they had her name and password to an account and if she paid them $1,600 they would not hack her account further. I told her it was ransomware and felt knowledgeable because of this book and told her not to pay since it was old information. As I said this is so detailed and realistic that it helped the story line and believability of it. Well done once again Angela Ruth Strong! I love how faith and fear and bigger fear taught such a wonderful lesson in this book!
Read more
Helpful
Comment Report abuse
See all reviews