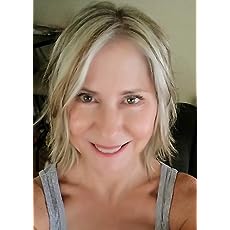 I was born and raised in Sunny San Diego, California. A creative writing class in junior high sparked my desire to tell stories; however, Anne Rice was my true inspiration. Interview With The Vampire has become one of the best-selling novels of all time, and was the driving passion behind my desire to write my own vampire legend. In 1996, Immortal Kiss was born and sat patiently until 2014 for its publication.

At the present, my published works are Immortal Kiss, Bound by Blood, The Vow, The Vampire Within, and The Soul Collector. My current project, The Doll is a sci-fi thriller. Future projects in the queue: The Ten, The Old Ones, Vampire Amon.

In 2016, I started my own publishing company, Story Bound Publishing; a fresh voice in the supernatural realm of eBooks and traditional print. We are committed to publishing unearthly tales of Aliens, Demons, Fairies, Ghosts, Shifters, Vampires, Werewolves, Witches, Zombies and all other creatures that go bump in the night. In the vast world of publishing, we firmly believe in keeping things personable, something all too rare in the industry today.

Here are some fun facts about me. I love to have my Starbucks coffee when I write. I'm obsessed with shoes. I have 3 furry kids, Stuart, Morgan, and Dexter. And, of course, I'm a huge fan of all things vampire.
Read more 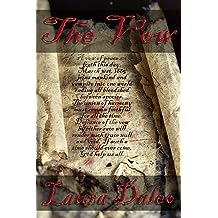 Finals are over, and twenty-year-old Claire Matthews can hardly wait to begin summer break until…she arrives home to an army of police swarming her parents’ front lawn.  Detective Reynolds delivers the dreadful news that the man and woman inside the home are dead, and Claire is forced to identify their mummified bloodless bodies.  Her world comes to a grinding halt when she learns that it is her mother and father who are the deceased, and her younger brother, JJ, is nowhere to be found.  The predator accused…a vampire.

Claire is no stranger to vampires; in fact, these days’ vamps are a dime a dozen.  One-hundred-thirty years ago a vow was made, combining the two worlds.  A vampire’s survival no longer required a human sacrifice.  Vampire Centers were created, offering human blood through transfusion; yet, why were her parents bled dry?  Why now?  What changed?  Could a rogue vampire be responsible?  Was it possible vampires, Nate and Parker, JJ’s best friends, suddenly hungered for human blood? 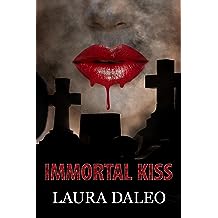 Centuries ago ten powerful vampire gods first walked the earth; their blood thirst knew no boundaries. The destruction of mankind was inevitable. Recognizing their weakness, they selected twelve wise human beings to transform with their godly blood. These twelve, known as The Old Ones and The Council, govern The Ten. A blood lottery appeasing The Ten’s hunger was set forth into the human world and passed down every fifth generation, continuing into the present day.

All of Beth Ryan’s life a mysterious mist has watched over her; a mist she believed to be a vampire. On a cold winter night, Philippe Delon, a 700-year-old vampire walks into Beth’s life. She is drawn to him, certain he is the vampire behind the mist...but is he?

Beth and Philippe cannot deny their love for each other, nor do they try to fight it. Within days of their encounter, Beth accepts Philippe’s invitation to move into his mansion. The mansion unlocks the door to the vampire world and exposes secrets from Beth’s past. Within its walls, she learns the true identity of the mist, her link to the blood lottery, and betrayal of her loved ones. Surrounded by lies, Beth stands before The Council begging for resolution. 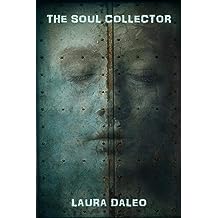 It begins with darkness. Are they dead, or trapped inside a horrible dream? No one can hear them, see them. Has the world forgotten them? Are they invisible? Not to the Soul Collector. They have stepped into her Kingdom, and she is waiting for them. 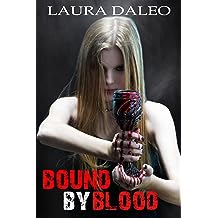 Five years crawled by at a painfully slow pace for young vampire, Beth; each year more agonizing than the next. The powerful unyielding spell which masked Amon’s whereabouts showed no signs of weakening.  Influenced by the binding ritual and Amon’s blood surging inside her, Beth will stop at nothing, and risk everything, to find him and turn the tables on Osiris, Isis, and Hathor.  In foggy streets of London, lives are threatened by a new breed of hunter, and nothing is what it seemed.  Beth once again finds herself surrounded by betrayal.  In the midst of it all, she is forced to choose between Philippe and Amon – knowing that her decision will change one life forever. But whose? 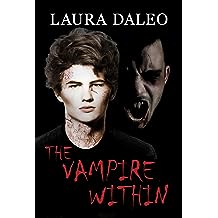 Brandon Cass is not your average teenager. He has a taste for blood—human blood. For sixteen years, he stumbled through life without a hitch until the enigmatic aroma of blood awakened something dark within him. Visions of a beautiful young woman with chocolate brown hair and ocean blue eyes haunt his mind, yet her identity is a puzzling mystery.

His hunger for blood strengthens, and the cravings become too powerful to control. No one is safe, not even his family. To safeguard all he once found dear, Brandon sets out on a quest for answers. In an unfamiliar city, he comes face-to-face with the beautiful young woman, confronts the dark force which controls him, and learns what he must endure to reclaim his soul.