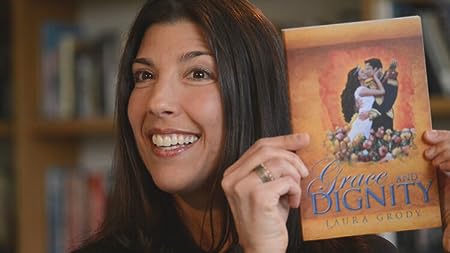 Originally from Atlanta, GA, Laura Grody currently lives in Seattle, WA with her own Prince Dignity. She holds a bachelor’s degree in Radio/TV/Film and a master’s in Linguistics, both from California State University, Northridge.

She spent several years in the entertainment industry as an assistant editor on movies such as Love Potion #9, Kalifornia, and When a Man Loves a Woman, and as an editor on the independent film Just Write. Then, her passion for nutrition inspired her to become a certified holistic nutrition practitioner through the University of Natural Health. In 2014, Laura created Totally Grody Health & Wellness and provides nutrition coaching as an affiliate of Nutrition Coach Network.

She speaks a little Italian, Spanish, and French – sometimes all in the same sentence - loves the LA Kings and Alias, and thinks Cardio Barre is the best workout in town!

Laura never intended to write a book, but when the urge struck to put her loves of language, linguistics and the Law of Attraction in one place, a story emerged. The end result is her first novel, Grace and Dignity: The Ark of the Sacred Scrolls. **Note - this novel was originally published by Tate Publishing & Enterprises as Grace and Dignity in 2013. She is currently adapting the book into a screenplay, and also has plans for a Book 2 and 3 in the series.

Find out more at: www.graceanddignitybook.com 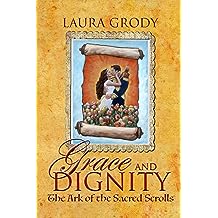 Grace and Dignity: The Ark of the Sacred Scrolls Jun 5, 2016
by Laura Grody, Olga Matlin
( 24 )
$5.99
Princess Grace and Prince Dignity, a royal couple with mystical powers, are set to be crowned king and queen of the magnificent Kingdom of Love. But on the eve of their coronation, disaster strikes, and Grace is told her prince has been murdered. Grief-stricken, the princess reportedly dies of a broken heart, and the shocked kingdom falls into the eager hands of Dignity's unscrupulous, narcissistic cousin, Prince Denial.  Months later, however, Grace is found alive with a gap in her memory, a loss of her powers, and a mysterious Pig Latin note suggesting Prince Dignity is very much alive. As she searches for her prince throughout the rundown kingdom, Grace stumbles upon an ancient secret known as the Cosmic Source--a powerful force which promises to revive her mystical powers and lead to an exciting new way of living. But with the crown title "throne" for a loop, the future of the Kingdom of Love hangs upon the prince's Dignity.  Find out if True Love conquers all in this mystical, linguistical tale!Royalty Fiction, Clean Romance, YA Fantasy Adventure, Metaphysical Fiction, Fairy tales for adults, Visionary fiction, Magical Realism, Romantic comedy Kindle books
Read more
Other Formats: Paperback