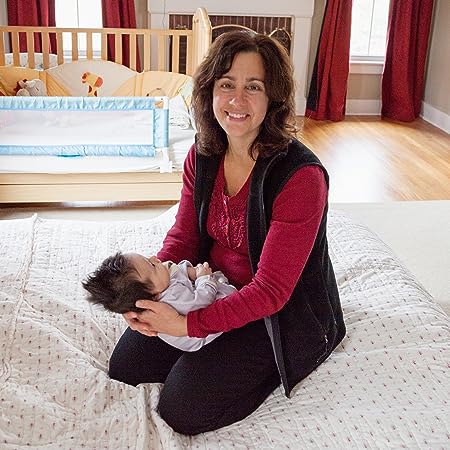 Laura Keegan has authored two editions of Breastfeeding with Comfort and Joy:

1) the timeless 2008 limited print first edition in paperback and

A stunning expansion of the first edition, the New Release brings video and more images that weren't available in the first edition; including moms and babies breastfeeding at birth in different situations.

Exclusive to the New Release eBook are moms telling us about breastfeeding at birth including Caesarean birth; and one mom sharing her unabridged birth story with images and video of her cuddling her newborn back to life after being told her baby “didn’t make it.”

Laura Keegan is a Family Nurse Practitioner (FNP) in clinical practice since 1988 and mother of four, all breastfed. She has cared for newborns and infants and their families her entire career. Her clinical work has been universally praised by mothers and her colleagues (including physicians, nurses, midwives, IBCLC lactation consultants, and doulas).

For decades Laura has shared photographs she has taken of the mother baby breastfeeding dance with the breastfeeding moms and families in her practice. These real-life, emotionally evocative images have inspired moms and captured subtle breastfeeding behaviors that prevent pain and other common breastfeeding problems; making the images uniquely helpful for moms to refer to at home after their visits to imprint what they learned.

Laura’s clinical practice in New York State began in 1986 as an RN at Montefiore Medical Center in the Bronx. She began her work as an FNP at the Institute for Urban Family Health in Manhattan in 1988, and later with the Peekskill Area Health Center and Riverside Pediatrics in Croton-on-Hudson, New York. She maintains a holistic solo private family practice in Dutchess County, New York. 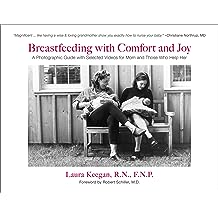 Breastfeeding with Comfort and Joy: A Photographic Guide with Selected Videos for Mom and Those Who Help Her Dec 29, 2015
by Laura Keegan, Robert Schiller
( 4 )
$14.99
This New Release of Breastfeeding with Comfort and Joy in eBook is a stunning expansion of the timeless 2008 limited print paperback edition and continues to teach pregnant and new moms how to breastfeed by seeing it up close and unhidden at birth and beyond.

Exclusive to the New Release eBook are moms telling us about breastfeeding at birth including Caesarean birth; and one mom sharing her birth story with images and video of her cuddling her newborn to life after being told her baby “didn’t make it.”

Moms and babies are seen responding to each other in the magical dance of breastfeeding that begins with babies’ early feeding cues; and progresses to the baby taking mom’s breast and feeding well.

Moms choose many different positions to get comfortable breastfeeding their babies while sitting, lying down, and semi-reclining.

Families have openly shared their efforts and their joy in this unabashed guide to breastfeeding that Inspires confidence with both "how-to" and evocative images and videos.

Breastfeeding with Comfort and Joy is a visual guide for Mom, her family and friends who want to help her, and her practitioners. Its focus is on showing how to establish a comfortable breastfeeding relationship, prevent problems, and solve problems should they occur; and can offer solutions even in the middle of a crisis.

New Release eBook is 336 total pages including over 170 full-page photographs and 9 selected videos. Concise text supplements and clarifies the image and video content. The videos are approximately 2-5 minutes each.

There are seven museum images of breastfeeding photographs and paintings dating from the 1500s to early 1900s that reveal timeless instructive breastfeeding practices; including photographs of a mom hand expressing her breastmilk while still in the hospital dating back to the late 19th century; and an 18th century painting of a woman sitting upright to breastfeed her baby, placed in her lap, with positioning supportive of the breastfeeding baby. Her positioning is ideal for breastfeeding and not influenced by the bottle-feeding imprinting present day mothers often need to unlearn, in cultures where bottlefeeding is the primary feeding method seen in public and the media.

Endorsed by moms, physicians, nurses, IBCLC certified lactation consultants, doulas, midwives, celebrities, and others; Breastfeeding with Comfort and Joy has been a timeless resource for pregnant and new moms for over a decade and intended to be a treasured gift for generations.