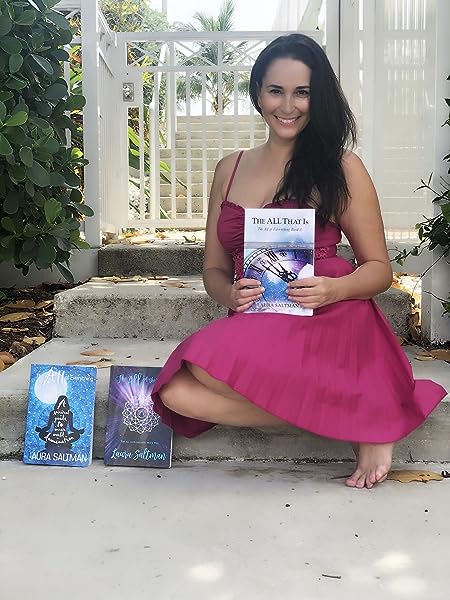 Laura Saltman is an Emmy-nominated Journalist, Motivational Speaker, TV Host, Intuitive and Author of The All of Everything series, a three-part exploration into our metaphysical side and the whys and hows of life, as seen through the eyes of consciousness. Her journey from skeptic, to believer to knower is for anyone looking to change their life through spiritual transformation.

Laura's journey is one filled with heartache and tragedy but also triumph. Her successful story of turning her life around and ultimately transforming her pain into purpose will inspire those looking for change in their own lives.

Before being an author, she began her career as a television reporter and producer. As the digital correspondent for Access Hollywood, Laura covered red carpets, movie junkets, television show set visits and has interviewed every major celebrity pretty much on the planet. She was a regular contributor for pop culture stories on CNN, Showbiz Tonight, TV Guide, MSNBC, Chelsea Lately and others. She has also worked as a presenter on Six Degrees of TV in Canada and Ultimate Countdown Show, an international pop-culture program which aired in 100’s of countries across the globe.   As an actress, Laura had roles in Drop Dead Diva, The Young & The Restless, General Hospital and Days of our Lives.   Laura also co-hosted two web series Young Hollywood Roundup for Radio Disney and Access Unlimited for Access Hollywood.   In 2014, she opened her production company, Sun & Spice Productions, with a business partner to develop and pitch scripted and non-scripted programming across all platforms. Her intent is to share programs with a positive and uplifting message.

Laura now works as the creative director for Well World TV and hosts her own channel, Wisdom of The All (also the title of her next book and her popular Instagram quotes page). She also teaches guided meditation classes, works with clients one-on-one and speaks on topics ranging from mindfulness to the metaphysical to groups all over the country. She is currently writing her fourth book, Wisdom of The All, a step by step guide into Love. 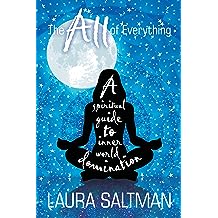 The All of Everything: A Spiritual Guide to Inner World Domination Jan 12, 2018
by Laura Saltman
( 1 )
$6.99
Does "God" watch Netflix? What does "God" think about the Kardashians and other celebrities? Is changing your body and face through plastic surgery wrong? What really causes cancer? What is the meaning of life? Why do bad things happen? These are just a few of the many intriguing questions answered with heart and humor through Laura Saltman, Emmy Nominated entertainment journalist turned spiritual channel.

Much to her shock, Laura found herself able to learn about the truths of the universe in stark detail thanks to her numerous late-night conversations with the universal energy presence known as "God." The more the conversations continued, the more Laura realized she was interviewing the biggest celebrity ever, a conversation with The All of Everything. You, Me and We--aka the God within.

As we seek to grow and evolve as human beings on this Earth, each and every one of us, whether we know it or not, is seeking enlightenment. Whether you are exploring spirituality for the first time or pursuing spirituality to gain more insight and wisdom in your life, The All of Everything will guide you on the path to knowing who you truly are, while inspiring, uplifting and gently guiding you toward living a more aware, enriched and fulfilled life.

You'll laugh along with Laura as she questions both her sanity and her intellect along the way, and cry as you realize her journey is your journey!
Read more 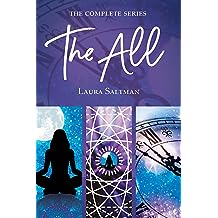 The All: The Complete Series Apr 25, 2019
by Laura Saltman
( 3 )
$14.00
If you want to know why you are here, what you are meant to learn along the way and how to completely transform your life through your thinking patterns and beliefs, "The All: The Complete Series" is a comprehensive guide to our metaphysical world and how it works. "The All of Everything", "The All of The All" and "The All That Is" are combined into one complete ebook set to help guide you on your journey of mind/body/soul wellness using the principles and laws of our Universe, Cosmos and beyond. Get informed through the dialogue of a journalist turned translator for the divine mind, the one mind which lives inside all of us. It’s real world problems and spirit world answers in an intriguing dialogue that will have you asking, “Why didn’t I know this sooner?” How you live your life is up to you but if you want to live it primarily joyfully "The All" will show you how.
Read more 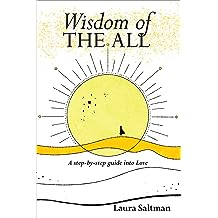 Wisdom of The All: A Step by Step Guide Into Love Jun 22, 2021
by Laura Saltman
( 5 )
$9.00
The book that will change your life is the one YOU write or journal. The book that reminds you why is right here.

Welcome dear All, to a guide to life that will unlock your greatest potential. A workbook, playbook and key to Love. This book offers daily steps to knock you down, pick you up and grow the soul through lessons and guidance on why you are here and who you are in relation to Love.

Take a step toward achieving your true, highest potential with the help of Wisdom of The All.
Read more
Other Formats: Paperback 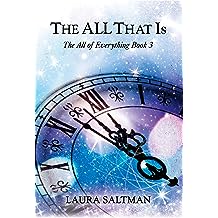 The ALL That Is: The All of Everything, Book 3 Apr 26, 2019
by Laura Saltman
$6.99
How many times have you stopped to ponder if the universe was sending you a message? You unexpectedly get goosebumps; you hear a song that instantly reminds you of someone you love or who has passed away; perhaps you wonder if a recent “coincidence” is more than just a random occurrence. Divine intelligence always has a plan. Whether you know (or believe) it or not, our metaphysical sides shout to be heard and to remind us of our soul purpose, which is love. We are so busy with our everyday lives that we simply don’t pay attention to the signs and messages—but they are always there. The trick is to figure out what the universe is telling us.The all that is is the third and final book in the all of everything series. It is proof of a power beyond our imaginations, a power we can use every day however we choose to create our life the way it’s meant to be lived, with purpose.
Read more
Other Formats: Paperback 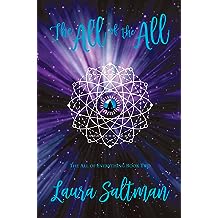 The All of the All: The All of Everything, Book 2 Jun 18, 2018
by Laura Saltman
$6.99
What if you could ask God any and all questions that popped into your mind? The truth is that you can, and "The All of the All" can show you how. You are living a human experience, but you are a spiritual being whose spirit guide and soul lie within. Together they know the truth of who you are, what you want, and how to get you there.

This second book in The All of Everything Series continues the conversations that started in "The All of Everything: A Spiritual Guide to Inner World Domination." The book explores our relationships with our metaphysical side--the universal energy system design to keep us on the path to enlightenment--to help us understand spiritual laws and philosophies. "The All of the All" shines a light on how fear and doubt keep us trapped in our illusion-based realities and provides a roadmap for releasing the ego and living the lives we are meant to lead.
Read more