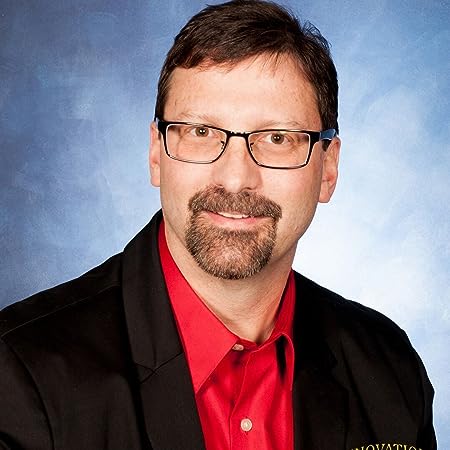 Laurence A. St. John was born on January 11, 1965 in Toledo Ohio. While attending Genoa Area schools, He was active in track, football and baseball. Later, after he graduated from Genoa High School (Comets) in 1983, he worked for a few manufacturing companies.

At the age of 23 and after three years of dedication, hard work and sweat, in 1988, Laurence received his first-degree black belt (Shodan) in Tae Kwon Do. This gave him the self-confidence and perseverance needed to surmount anything that came his way.

When Laurence was 25 years old he fell in love then married the love of his life, Julie in 1990.

Out of high school for nearly fifteen years and after persuaded by his former manager, Laurence attended Owens State Community College where he obtained an Associates Degree in Microcomputer Business Systems while working full-time. In addition to computer classes, he enjoyed composition classes where he could free his mind and write what he wanted.

While working in the steel processing business for almost fifteen years, Laurence's place of employment changed hands, for the third time in 2006; fighting for his job, again. In the same year his first granddaughter, Kendall, "Papa's Angel" was born. He described this as one of the most uplifting moments of his life. In addition, it was during this time when his emotions were running wild; he became inspired as well as determined to write his penned-up thoughts on paper.

Laurence currently lives in Northwood Ohio with his wife of 32 years, Julie. Laurence currently works full time at Precision Strip, Inc. in Perrysburg Ohio. He continually writes in his spare time; weekends and after work, and is endlessly inspired by his five grandkids Kendall, Eli, Sadie, Evy and Harper. 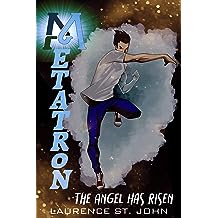 Metatron: A Superhero Fiction Adventure Series - The Angel Has Risen (Metatron Series Book 1) Oct 30, 2018
by Laurence St. John
( 91 )
$2.99
A Hero Is Born!
On the eve of his father’s death, Tyler Thompson finds himself continually haunted by the memories of things lost. Since that horrible day, he continually gets into trouble, seeking anger as a coping mechanism. That is until one day, in a tragic turn of events, Tyler, along with his faithful dog Maxx, fall into a cesspool where he is exposed to a mysterious green liquid that changes his DNA, giving him extraordinary powers.
He is befriended by Doctor Gabriel Hutchinson who is bent on helping Tyler master his superpowers and when Tyler is given a special alien artifact from his grandfather, his true destiny is revealed. But not everyone is happy for Tyler as the sinister Dr. Payne has other intentions in mind; ones that could spell doom for everyone Tyler holds dear.
Now it will be up to Tyler, his best friend Lukas (who also has special abilities) and Maxx to join forces and put an end to Dr. Payne’s evil schemes. But Tyler will have to make a life changing decision that could alter the fate of the entire world. 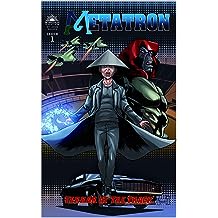 Metatron: Terror At The Track (Metatron Series Book 5) Apr 30, 2022
by Laurence St. John
( 2 )
$4.99
Anticipating a long-awaited time of relaxation, Tyler (a.k.a. Metatron), along with his friends, finally plans a weekend vacation at the Speedway. Within the first several hours, Metatron senses danger, and their enjoyment quickly fades when a horrific accident slowly unravels right before their eyes. With mere seconds to spare, Metatron makes short work of the catastrophe and saves thousands of unknowing spectators. Nonetheless, when all appears to be back to normal, the immoral Black Shadow and his vile Henchmen emerge, wreaking havoc on the city. Without hesitation, Metatron is thrust into duty once more, armed with his Mystical Blade and a spectacular assortment of superpowers, to save humanity — before thousands of people are brutally injured or even worse, massacred.
Read more 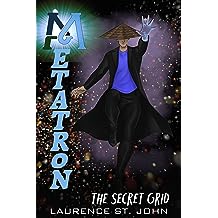 Metatron : The Secret Grid (Metatron Series Book 4) Oct 31, 2021
by Laurence St. John
( 5 )
$4.99
A Hero Is Evolved!
Devastated and disheartened by the sudden death of his renowned karate instructor Jhoon, Tyler (a.k.a. Metatron) must take control over his emotions and heed the call of his girlfriend Kendall who is in grave danger.
While investigating the mysterious region of Tornado Alley, Metatron and his friend Lukas, along with his faithful dog Maxx, uncover a strange anomaly – unbelievably more disturbing than they ever could've imagined.
Nonetheless, a new enemy arrives, along with an old adversary and together, they threaten to destroy Metatron before he can accomplish his mission to expose the truth about a U.S. Government top-secret scandal – one that will scare the pants off the American public – that could possibly annihilate every living, breathing creature on the entire planet!
Overwhelmed by the mounting catastrophic events around him, Metatron loses faith in himself and wonders if he alone is enough to save humanity and beat back the overwhelming dark cloud of despair. Just as all hope seems lost, an unexpected companion joins forces and shows him the way, restoring just enough hope to light the way. Together, with the help of his clandestine friends, Metatron has only minutes to spare before his enemies fulfill their diabolical plans.
Read more
Other Formats: Hardcover , Paperback 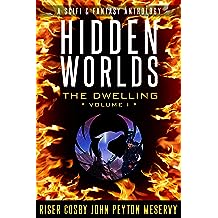 This is a published collection of the best short stories of science fiction and fantasy from five celebrated anthology authors. These tales capture the imagination and take you to places in the authors' collective minds, that link either directly or indirectly to their other highly acclaimed books. Be drawn in by the origin story behind the mystery of the clones in Riser's ACE. Or be transported to the first mission of Prince Bounty Hunter Derry in Cosby's BROKEN PRINCE. And how about some superhero fiction love with an original lead into the lore behind Metatron with St. John's THE ENVISIONED GUARDIAN. While Peyton whisks you away into the future where even artificial intelligence exhibit feelings in HOW A ROBOT WEEPS. And lastly, read how Meservy lays the foundation for his enthralling fantasy world with THE SPIRALING FATE OF A STRAZMEI.
Read more
Other Formats: Audible Audiobook , Paperback 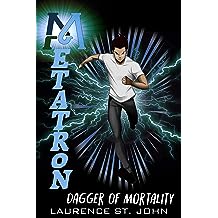 Metatron: A Superhero Fiction Adventure Series - Dagger of Mortality (Metatron Series Book 3) Oct 30, 2018
by Laurence St. John
( 10 )
$4.99
A Hero Is Killed!
Fourteen-year-old Tyler Thompson has been in isolation for eight months to complete the last bit of his superhero training. Just as he is about to finish, his grandfather Ben and mentor Master Pat Tanaka urgently summon him to investigate an abnormality within the San Andreas Fault causing devastating earthquakes. After successfully disabling the cause of the earthquakes, Tyler finds that he is being framed for the largest mass murder in American history and must now focus the powers of Metatron to clear his name.

As new enemies and old foes unite against him, it takes every superpower Metatron can muster to hold them off and maintain peace and order. But when an unseen circumstance takes Metatron by surprise, he sacrifices his own life to save another and it is now up to his allies to bring him back from the grave, stop the sinister plans of these evil bands of villains and quell their attempt to kill millions of other innocents. 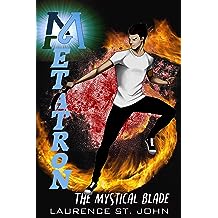 Metatron: A Superhero Fiction Adventure Series - The Mystical Blade (Metatron Series Book 2) Oct 30, 2018
by Laurence St. John
( 16 )
$3.99
A Hero Is Trained!
Thirteen-year-old Tyler Thompson is a Super-Normal who fights crime in Las Vegas, utilizing only a fragment of the superpowers bequeathed to him by the angel Metatron. But in order to receive the full compliments of his special gifts, he must first prove himself worthy of the honor. So when the evil scientist who killed his father known as Dr. Mason Payne escapes from prison, hell-bent on killing his family, Tyler springs into action.

Tyler’s mentor Master Pat Tanaka, urges him to unlock his remaining powers before taking on Dr. Payne so that others don’t get hurt. Tyler heeds his guidance, suspecting that his missing grandfather is being held as a prisoner in Area 51, along with the secret to unlocking the last of his superpowers. Along the way, Tyler discovers the Mystical Blade–a weapon of extraordinary power–the weapon that could spell the end of Dr. Payne once and for all.

But when a new foe named Black Shadow emerges and joins in Dr. Payne’s schemes to destroy all that Tyler holds dear, Maxx becomes collateral damage and Tyler must figure out how to bring him back to life before its too late. Soon after, Tyler’s grandfather reveals even more secrets and informs him that something even more evil is lurking just around the corner.