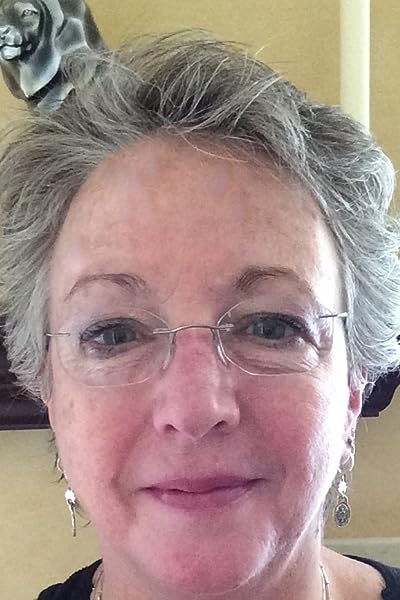 The Law of Attraction: The Souls Answer to Why It isn't Working and How it Can Paperback – September 16, 2011

by Andrea Mathews (Author)
4.2 out of 5 stars 16 ratings
See all formats and editions
Sorry, there was a problem loading this page. Try again.

We’ve had enough time now to experiment with the Law of Attraction that was handed to us carte blanche several years ago. The results are now in, proving that this original understanding was a good start but not enough to carry us to its desired outcome. We are being forced now to reconsider and what we are discovering is that it will give us far more than we’d previously imagined, as it simultaneously heals and opens us. But in order to receive its offerings, we are going to have to revise our understanding of the Law of Attraction entirely. The Law of Attraction: The Soul’s Answer To Why It Isn’t Working And How it Can is a book of gentle awakening that brings a completely new rendition of that law. Once you digest the material in this book, you will not only know what doesn’t work and why, but what does and how it works for you. Come to this healing book with a willingness to awaken to your own I AM.

Psychotherapist, author, speaker and radio host, Andrea Mathews promotes authenticity and the authentic self in every endeavor. Andrea believes, as the old Buddhist saying goes, that "The seeker is that which is being sought." What we don't know, have forgotten or repressed, is the fact that the seeker is the soul and the finder is also the soul--or the authentic Self.

Andrea Mathews is a psychotherapist with a thriving private practice, offering Transpersonal Therapy to her clients for the past twenty of her overall thirty-five years’ experience as a therapist, manager and a supervisor of therapists, in the Substance Abuse and Mental Health field. She is the author of four books, the latest of which will be coming out in August of 2017 by Llewellyn Publishing, entitled, LETTING GO OF GOOD: DISPEL THE MYTH OF GOODNESS TO FIND YOUR GENUINE SELF. Her other books include, RESTORING MY SOUL: A WORKBOOK FOR FINDING AND LIVING THE AUTHENTIC SELF (2007), and THE LAW OF ATTRACTION: THE SOUL’S ANSWER TO WHY IT ISN’T WORKING AND HOW IT CAN (2011), and INHABITING HEAVEN NOW: THE ANSWER TO EVERY MORAL DILEMMA EVER POSED (2013), as well as several articles in national and international magazines, and several poems in literary presses. Andrea writes a blog on Psychology Today, entitled "Traversing the Inner Terrain" which has a large and growing readership. An inspirational speaker to both corporations and large and small groups, Andrea’s theme is always authenticity. Currently and since 2014 she has been offering Counselor training seminars meant to train mental health clinicians in recognizing and dealing with the spiritual element of therapy in the clinical setting. For the past nine years she has been the host of the AUTHENTIC LIVING SHOW on VoiceAmerica.com, with over 650,000 listeners, having interviewed some of the world’s most profound and prolific spiritual teachers, authors and entertainers, including many who have also been interviewed by Oprah, such as Marianne Williamson, Gary Zukav, Caroline Myss, Iyanla Vanzant, Mark Nepo, Dr. Christiane Northrup, Tom Shadyac and many others.

Andrea is happy to hear from her readers.

K.
5.0 out of 5 stars The book is broader in scope than the title
Reviewed in the United States 🇺🇸 on March 15, 2020
Verified Purchase
This book does not only address LOA. Which was wonderful for me! It addresses the bigger concepts and beliefs about begin human and how we cope with understanding the enormity of the world without getting stuck in our process. It ties together many ways people try to understand living in a cohesive, understandable relatable way. It helped me get my footing back under me after some significant losses left me in a raw and painful state. There are close people in my life espousing LOA and I knew in my gut that was not realistic or inclusive of people's experiences in life, not just mine but the broader world. This book helped me put into perspective my church upbringing, LOA and the psychology of how people try to cope in an large and sometime confusing world. I truly appreciate the breadth and groundedness of the text, it has meant a lot as I grow to a place of understanding and acceptance. Thank you to the author, very much!
Read more
Helpful
Report abuse

Vanessa
2.0 out of 5 stars Starts off well
Reviewed in the United States 🇺🇸 on June 27, 2012
Verified Purchase
I was very impressed with the first few chapters of this book and was certain I was onto something amazing. Then, however, the author goes into her personal spiritual beliefs to support her reasoning as to why LOA does/doesn't work.

From reading about another of the author's books, I can see she focuses on identity as key - I truly believe she is right on the money with that. How you see yourself in the world determines how you experience the world, and that identity is more or less determined by early family dynamics. You can chose to continue with that "role" or make different choices. Great stuff!

However, where the Bible used to be the sole source of spiritual understanding for much of the Western world, it is now popular to believe in the idea that all is One and everything is Love and we (collectively) are partaking in a great experiment called Separation and that nothing is good or bad....etc. Much of this comes from rehashed Eastern beliefs and is wildly popular for sure. Just because something is popular, it doesn't make it true. Most of the book is based on her beliefs, none of which can be proven (just as the Bible can't be proven). Certainly her beliefs are more palatable than the God of the OT, but there is no evidence for any of it. None!

The author has written another book about finding your true-self (before the family jumped in to rearrange you) and I have ordered the paperback which will take a few days to get here. I really hope I won't be disappointed with that book too as the issue of Identity really strikes a chord and could well be central to the LOA as originally posed in this book.

If you believe in the "One" theory then you will love this book. If you have looked at that and dismissed it, or firmly believe in traditional spiritual views, avoid this book.

Sara Wiseman
5.0 out of 5 stars Finally... the real secret to "The Secret" revealed!
Reviewed in the United States 🇺🇸 on December 11, 2011
Verified Purchase
It's fascinating to come across this remarkable book, at a time when so many of us are awakening to a whole new paradigm. For decades we've been following manifesting paradigms: Napoleon Hill's Think and Grow Rich, The Law of Attraction and countless more. B

But the real secret about "The Secret"? The one thing we haven't realized until now about how manifesting, or creating with energy, really work?

Well, Andrea Mathews has cracked the soul's code, and it goes something like this: If the heart's not in it; if the full self is not integrated in complete accordance with what you think you desire... then. no amount visualizing, affirming, tapping, energy pendants and so on will do you a bit of good.

Mathews takes readers on a journey of discovery, looking deeply into the inner self and using simple techniques to help pinpoint exactly which aspects of the self are not alligned. It's so easy, it's miraculous--and it's the missing piece we've all been searching for.
Read more
3 people found this helpful
Helpful
Report abuse

kelman.b
5.0 out of 5 stars The Law of Attraction
Reviewed in the United States 🇺🇸 on April 20, 2012
Verified Purchase
This is an amazing book! I strongly recommend it to anyone who has ever been remotely interested in the Law of Attraction or the book or movie version of "The Secret." The information it contains is invaluable and the writing is in an easily accessible style. I'm so glad I stumbled across it and I've been recommending it to everyone ever since.
Read more
One person found this helpful
Helpful
Report abuse

Eugenia Jenny Williams
3.0 out of 5 stars I have learned some things from the book
Reviewed in the United States 🇺🇸 on October 26, 2013
Verified Purchase
The book was recommended to me by a friend. I found it interesting in parts. I do agree with most what was written in the book but it was in parts too repetitive.
Wishing the author all the best
Jenny
Read more
One person found this helpful
Helpful
Report abuse

S. K. Harrell
5.0 out of 5 stars The Law of Attraction, Really
Reviewed in the United States 🇺🇸 on August 18, 2014
I've waited the entire New Age for this book. For years I've realized the Law of Attraction is incomplete. At best it's a guideline, and at worst it's original sin in shinier, more updated binding. In the wrong hands, it even becomes victim-blaming, the survivors of which will adore Andrea Mathews' insights.

Mathews doesn't just toss out that the darling of the Now Age isn't as it's been presented, she also explains why in tangible, relatable detail. She gives grounded information about how the mind works, how levels of consciousness create perception, and how perception shapes desire. Her perspective is solid. She shows how to work with desire as a means of creating positive change.

Playful and affirming, Mathews cites the legacy of manifesting desire across sacred texts, literary greats, and philosophical truths. The book changes tone a bit about two-thirds in, describing the various forces that impact us, and that we engage to create. Given that, Mathews' advice for how to get in the flow may be so subtle that seekers miss its simplicity, which is a symptom of the problem this book describes. Her ability to decode and clarify what the Law of Attraction is enables us to manifest it, and ourselves, as intended.

I do think this book will take the unsuspecting LoA follower by surprise. The industry of this principle tends to be very watered down and vague. This book does away with that completely, and puts followers in the driver's seat.
Read more
4 people found this helpful
Helpful
Report abuse
See all reviews