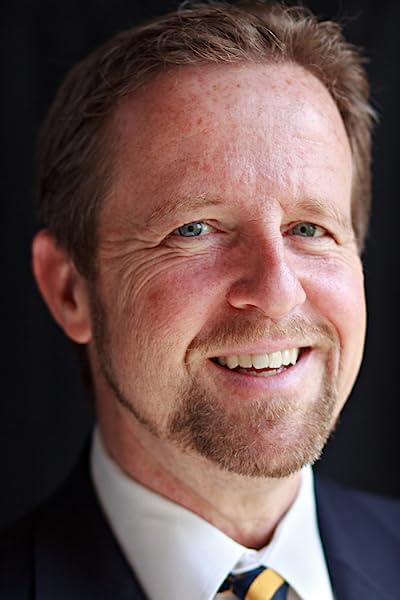 The Law of Perfect Freedom: Relating to God and Others through the Ten Commandments Paperback – January 1, 2004

by Michael Horton (Author), J. I. Packer (Foreword)
4.2 out of 5 stars 25 ratings
See all formats and editions
Sorry, there was a problem loading this page. Try again.
The Ten Commandments are not Moses' bright ideas or simply God's suggestions; they are God's categorical requirements. In The Law of Perfect Freedom, Michael Horton weaves theological truth with practical application to help believers live out the Ten Commandments. Understanding how to live out these commandments brings vitality and victory to our walk with God.
Read more
Previous page
Next page

MICHAEL S. HORTON (Biola University; Wycliffe Hall, Oxford; University of Coventry) is Professor of Theology and Apologetics at Westminster Theological Seminary in California. In addition to his work at the Seminary, he is the president of White Horse Media, for which he co-hosts the White Horse Inn, a nationally syndicated, weekly radio talk-show. He is also the editor-in-chief of Modern Reformation magazine. He served in pastoral ministry for over ten years. He is author of over a dozen books including Law of Perfect Freedom, Agony of Deceit, and Christless Christianity. He lives in Escondido, California, with his wife, Lisa, and four children.

The Bible, particularly the Ten Commandments, calls us to discover our obligations to God and to our neighbor and society. It calls the people of God to their posts in society, not as a special interest group demanding its rights alongside everyone else, but as called-out men and women who have a heavy sense of moral duty-not to save their own souls, for that is by grace apart from works, but to bring glory and honor to that gracious King.

Michael Horton is the founder of the White Horse Inn, a multi-media catalyst for Reformation. He is editor-in-chief of Modern Reformation magazine (www.modernreformation.org) and co-host of the nationally syndicated White Horse Inn radio broadcast (www.whitehorseinn.org). Michael Horton is also the J. Gresham Machen Professor of Systematic Theology and Apologetics at Westminster Seminary California.

Before coming to WSC, Michael Horton completed a Research Fellowship at Yale University Divinity School. He is a member of various societies, including the American Academy of Religion and the Evangelical Theological Society, and author of thirty books, including a series of studies in Reformed dogmatics published by Westminster John Knox, whose final volume (People and Place: A Covenant Ecclesiology) was published in 2008 and won the 2008 Christianity Today Book of the Year award in Theology.

His most recent book is Ordinary: Sustainable Faith in a Radical, Restless World. He has written articles for Modern Reformation, Pro Ecclesia, Christianity Today, The International Journal of Systematic Theology, Touchstone, and Books and Culture.

Michael Horton is a minister in the United Reformed Churches of North America, and lives in Escondido, with his wife, Lisa, and four children.

L. Ford
5.0 out of 5 stars Good
Reviewed in the United States 🇺🇸 on January 10, 2014
Verified Purchase
This is a good read and it's a item to hold onto for future edification in the word of God. I recommend this book to anyone seeking a closer view of the 10 commandments!
Read more
One person found this helpful
Helpful
Report abuse

Archie Asparagus
5.0 out of 5 stars Excellent and Edifying
Reviewed in the United States 🇺🇸 on September 7, 2012
Verified Purchase
Well worth a read and then a re-read - I found his treatment of the fourth commandment particularly helpful, even if I'm not 100% convinced at this stage.
Read more
Helpful
Report abuse

JOE AVILA
5.0 out of 5 stars Ready to be transformed into Sunday School curriculum
Reviewed in the United States 🇺🇸 on May 26, 2014
Verified Purchase
Very easy to read, deep in its teaching, not a list of dont's but rather thorough exposition of Ex 20.
Read more
2 people found this helpful
Helpful
Report abuse

Bookman
2.0 out of 5 stars OK
Reviewed in the United Kingdom 🇬🇧 on May 26, 2013
Verified Purchase
OK book, although not life changing for me. I've had a lot of issues in my life at that time and was looking for help in various Christian literature; however, I have found little help if any at all from this book.
Read more
Report abuse

Edna Ferdinando
3.0 out of 5 stars OK
Reviewed in the United Kingdom 🇬🇧 on March 10, 2013
Verified Purchase
The book did not set my heart on fire.

Having studied Thomas Watson and read Brian Edwards on the same subject I did not feel that this matched up to either of these.

Helpful at times but not great