You've subscribed to Healing Hearts! We will preorder your items within 24 hours of when they become available. When new books are released, we'll charge your default payment method for the lowest price available during the pre-order period.
Update your device or payment method, cancel individual pre-orders or your subscription at
Your Memberships & Subscriptions
There was an error. We were unable to process your subscription due to an error. Please refresh and try again. 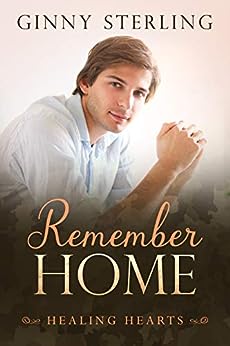 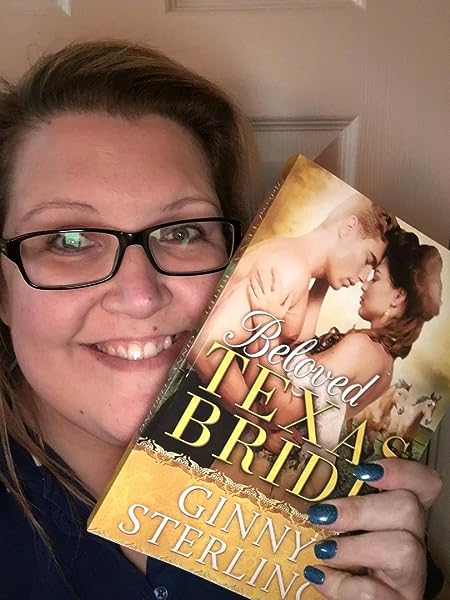 The Sandman Act 1
The Sandman offers a dark, literary world of fantasy and horror. Listen free
Books In This Series (18 Books)
Page 1 of 1Start OverPage 1 of 1
Previous page
Next page 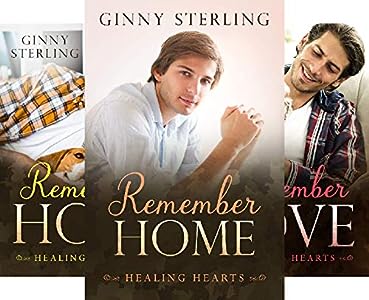 Redrabbitt
TOP 1000 REVIEWER
5.0 out of 5 stars LOVE IS PATIENT; LOVE IS KIND
Reviewed in the United States on November 13, 2018
Verified Purchase
I enjoyed this clean Christian based story that is an addition to the contemporary Lawkeepers series and also one of the K-9 stories. There is a great cast of characters along with two special people and some of their personal issues that will become involved in a relationship. This story has strong Christian principles and faith in God without being preachy.

What can I say except I absolutely loved this story, I laughed out loud and I shed emotional tears. The story hit closer to home than most, as the mother of a US Army soldier who deployed seven times and on top of that, he was trained to locate and disarm landmines. Memories of me sending cards, letters, and care packages and the joy of hearing his voice occasionally and thanking God for keeping my precious son safe.

The plot of the story will have a fourth-grade teacher, Lily Hogan having her class write a letter to a soldier, share it out loud with the class, and then she mailed them. When they arrived for the soldiers in Afghanistan, they were each assigned a number, and CPO John Griffin is number twenty-three, receiving a letter from Lily.

The story is a beautiful tale of two strangers, both needing a friend, and becoming pen pals across the miles. Even when school is out for the summer, Lily writes to John, and she is wonderful about sending care packages, even items for John’s K-9 partner, Radar, and treats to be shared with the other soldiers. The only problem, it takes an average of three to four weeks for each to receive letters. Through those letters, a bond, a friendship, an idea for the future, and hope for a happily ever after is formed.

Twenty years in the military and most of that spent in hostile land will change. John has something to come home for, a girl who is the light of his life, and hope for a future that will include this beautiful lady. Lily is overwhelmed by his exuberance for wanting to be with her, and how he is prone to take things over the top. No matter what, John only has eyes for Lily, and the love is felt throughout the pages of this story.

“There was something she’d learned over the last few weeks; when it came to her, there was no stopping the man. He’d do anything for her, and it boggled her mind.”

Life is full of surprises, but also dangers, even on peaceful soil like America. The story will have several intense moments, and you can feel the fear within that danger. John isn’t just a man of talk; he is a man of action.

“I will always come to you. Lily, you are the very air I breathe and the reason I even smile in this world. You are the light, my heart, and soul—and I want you to be with me always.” –John

“God guided me to you. I love you more than I’ve ever dreamed possible.” –Lily

“She treasured his love more than anything else in the world. She was so very proud of him; how strong his internal code was, and marveled at the way he simply ticked. He was resilient, silent, tender but at the same time—he was ornery and made her laugh like no other. She adored the way he made her feel treasured above all and his simple faith that they’d been brought together by a higher power.”

Reader, have tissues ready reading this amazing heartfelt and emotional story. And when you are though, say a prayer for a United States service member.
Read more
4 people found this helpful
Helpful
Report abuse

Angel's Mommy
5.0 out of 5 stars Fantastic story
Reviewed in the United States on November 16, 2018
Verified Purchase
What a great story. I just loved the premise of writing to a soldier and becoming pen pals. But not only that, they start to have feelings for each other. John was a wonderful hero. He loved Lily very much and was almost overpowering in showing his love and devotion to her. Lily didn't have a lot of self-confidence and she was easily hurt when there was a few weeks of silence from John because of the low self-esteem. But with John's love, she bloomed into a confident young woman.

Let's not forget Radar either. A beautiful German Shepard K-9 partner of John's. What a wonderful addition to the story. I just adored it.

This book was written in a dual POV format. It is my favorite as I get a look into the character's thoughts and emotions to completely understand that character's actions.

I highly recommend this wonderful Christian romance. It was a joy to read. I couldn't put it down until it was finished. I had a few tears at the end. It was so beautiful. What a gifted author.
Read more
2 people found this helpful
Helpful
Report abuse

Deb
5.0 out of 5 stars Fantastic
Reviewed in the United States on February 26, 2021
Verified Purchase
I absolutely loved this story very touching how Lilly and John met. They are truly soul mates. Their wedding vows were the best I have ever heard. I absolutely love all of your books. Your imagination is awesome. Please keep writing and sharing.
Read more
2 people found this helpful
Helpful
Report abuse

Kindle Customer
5.0 out of 5 stars Don't forget our men in the military
Reviewed in the United States on July 18, 2021
Verified Purchase
Lily gave as an assignment to her class for them to write a letter to someone in the military. To set as an example she also wrote a letter and bought items for the men. The box was sent to Afghanistan. The man who received her letter wrote back thanking her for the letter and the stuff inside the box. John thought she was a child. could anything come of this? A story you can't wait to finish reading.
Read more
Helpful
Report abuse

GJB
5.0 out of 5 stars Absolutely wonderful
Reviewed in the United States on May 5, 2020
Verified Purchase
This story was wonderful, thought provoking and filled with laughter, hope and love. The characters were realistic. The story is full of God's love, mercy and Grace woven through the pages. I highly recommend this book and the entire Healing Hearts series.
Read more
2 people found this helpful
Helpful
Report abuse

Meri Overstreet
5.0 out of 5 stars Magnificent!
Reviewed in the United States on June 6, 2021
Verified Purchase
Exceptional story line, plot, and characters! I fell in love with the story with the first sentence. I laughed, cried, sighed, and generally crushed on the story. Please pick this up and ASAP!
Read more
One person found this helpful
Helpful
Report abuse

b. Jarrett
5.0 out of 5 stars Exciting and fun
Reviewed in the United States on June 23, 2021
Verified Purchase
Absolutely wonderful story exciting from the very beginning and the excitement continued to the end. This is a Christian love story and such an enjoyment to read. It pulls your feelings to the point you feel you are there with the people as they live their story. Ms. Sterling please continue to write stories.
Read more
Helpful
Report abuse

Pat
5.0 out of 5 stars Caring
Reviewed in the United States on July 28, 2020
Verified Purchase
This is a good story of a teacher caring for our men in the military. It also turns out to be a love story as they get married after he returns home. A good way for all of us to show our concern for our military men & women.
Read more
One person found this helpful
Helpful
Report abuse
See all reviews

Kindle Customer
4.0 out of 5 stars Amazing
Reviewed in Australia on December 1, 2019
Verified Purchase
What a touching story. I never steamed how much letters from home could mean to someone away fighting for our freedom. It is really heart warming. Love the intensity of it.
Read more
Report abuse
See all reviews