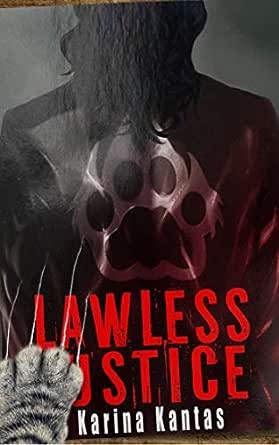 You've subscribed to OUTLAW! We will preorder your items within 24 hours of when they become available. When new books are released, we'll charge your default payment method for the lowest price available during the pre-order period.
Update your device or payment method, cancel individual pre-orders or your subscription at
Your Memberships & Subscriptions
There was an error. We were unable to process your subscription due to an error. Please refresh and try again. 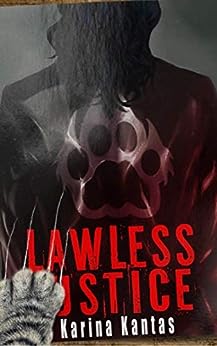 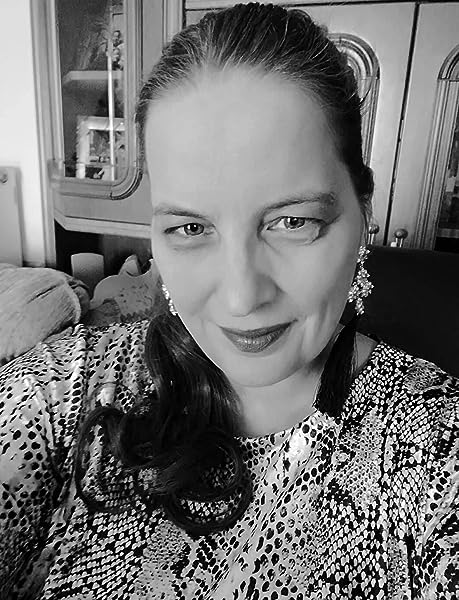 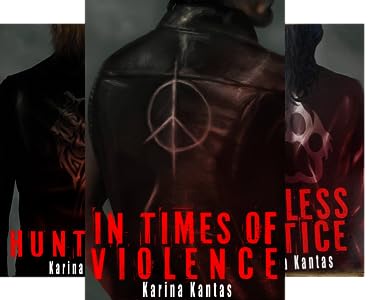 When Streets of Fire came out in 1984 with the catchphrase "A Rock & Roll Fable", you would've never thought that it was the perfect one for a book that was more than 30 years away from being written. -
Sisterhood, trauma, friendship, family, self-worth, power, respect and reputation are some of the many themes this book deals with, and the author doesn't forget to induce the reader to reflect upon the role of violence in human nature and the power it has to change someone's character.
Lawless Justice is a female tale that embraces universal concepts that are in every single one of us and the novel is a powerful page-turner that will have you always wanting for more.
For the full review - sebastian-hidalgo.com/lawless-justice-by-karina-kantas
---------------------------------------------------------------
Strong Characters Unleash Their Claws in Suspenseful Psychological Thriller About Vigilantism and Living A Double Life
One of the more intriguing aspects of this book is how expectations are subverted on who joins these gangs. The Kittnz are not high school dropouts, drug addicts, wayward girls in their teens and twenties from broken homes. These are women in their late 20's-30's in successful careers and day jobs, everything from doctor, lawyer, psychotherapist, photographer, mechanic, and journalist. By day they work and act as pillars of the community, but by night they vent out their frustrations and commit acts of violence. They have real names and identities, but are known primarily by their gang names: Raven (the leader), Scarlet, Jade, Eve, Storm, and Cass' new name, Ice. In fact once Ice gets her new moniker, the third person narration refers to her with that name even when she is with family members and acquaintances outside the gang. It is a subtle reminder that the old abused victim, Cass is dead and in her place is Ice, a woman who seeks action. with the cold detachment that her name suggests.Read the rest of the review here.
juliesaraporterbookworm.blogspot.com/2020/05/weekly-reader-lawless-justice-outlaw.html

I have to thank the wonderful talents of Quentin Tarantino and his film Death Proof that gave me the idea for Lawless Justice and for the badass Kittnz to come alive.

Red48
5.0 out of 5 stars Great MC Book!!!
Reviewed in the United States on May 26, 2017
Verified Purchase
This is the third MC book I've read of Karina Kantas's and each one gets better. The story is exciting and very believable as are the girls that are Kittenz. A kick-ass motorcycle club made up of entirely professional women. They are unique in that they fight for justice for whoever needs it. You won't be able to put this one down until you have finished it. It's an edge of your seat read. You become so engrossed in the story that you almost believe it is true. That is the unique thing about Karina's MC books they all come across as if they are real life and actually exist. Don't miss one of the best reads out there. Pick it up today.
Read more
One person found this helpful
Helpful
Comment Report abuse

Victor Preacher Shurtz
5.0 out of 5 stars lawless justice
Reviewed in the United States on April 8, 2009
Verified Purchase
If your sitting in a bar in London, and six beautiful women enter wearing black leather jackets, with a logo of a cats paw on the back, sit down, shut up,and behave. If you don't, they will either hook you up, or knock you out. The Kittenz have arrived! Karina has put together a book that will keep you reading until you finish. Her story begins with the introduction of a young women into the Kittenz motorcycle club, then it gets exciting. Her charactors are believable, the story flows, and the ending isn't what you might expect. This is a great book!
Read more
3 people found this helpful
Helpful
Comment Report abuse

gypsylowryder
5.0 out of 5 stars exciting read
Reviewed in the United States on March 14, 2012
Verified Purchase
nothing i like better than some kick ass women and put them in leather and riding bikes awesome.great characters and action, for me it was a quick read..sometimes justice isn't always served but you have the Kittnz to help out with that. i liked imagining myself as one of them serving up justice and living a secret life. the ending wasn't what i expected but it was great. I actually found this read much more exciting than her other book the Huntress(don't get me wrong this book was GOOD too) which can only mean more great things to come!
Read more
2 people found this helpful
Helpful
Comment Report abuse

Kate G
5.0 out of 5 stars Another Outstanding Read by Karina!
Reviewed in the United States on May 11, 2009
Verified Purchase
This was a very interesting read. I have never read a book about fighting, tough girls that were also professionals! Karina really creates an entire world and her characters are fascinating. The plot is fast moving so you won't want to put this down!
Read more
2 people found this helpful
Helpful
Comment Report abuse

AC. Hart
3.0 out of 5 stars I liked it, BUT...
Reviewed in the United States on January 2, 2016
Verified Purchase
This book... I loved the idea of it. I even enjoyed the story. Unfortunately, the editing was poor which made it harder to read. It was in third person (which, I'm learning to embrace), but it was hard to tell who was talking. It would have been cool if the chapters were specific to one person.

The flow on the kindle could have used some formatting so that each chapter started on a new page.

I love the idea of a girl biker gang though. I've never read one and with a bit of polishing, this book could be fantastic!
Read more
Helpful
Comment Report abuse

C. D. Patty
4.0 out of 5 stars Lawless Justice
Reviewed in the United States on October 6, 2011
Verified Purchase
Not the normal kind of book I read but Really Good. The Characters are great and keep moving with a story like you've not read before. Not your regular type story and not your regular ending.
Read more
One person found this helpful
Helpful
Comment Report abuse

wandaflanagan
5.0 out of 5 stars Freaking Amazing !!!!!
Reviewed in the United States on February 25, 2019
A fantastic read well written with well developed characters.This book is full of action that will pull you in and won't let go.I was on the edge of my seat reading page after page to see what would happen next.The Kittnz are awesomely bad a$$ I love this sisterhood and cant wait for book 4 .I highly reccomend this book.
Read more
One person found this helpful
Helpful
Comment Report abuse

Jin Okubo
4.0 out of 5 stars Nail biting story that keeps you wanting to see what comes next.
Reviewed in the United States on January 9, 2017
This is such a great continuation of a theme and stories. Karina Kantas has completely raised the bar on her own work. A fast pace story with strong female characters that drive the point home. You do not mess with some women. A thriller to say the least as I was on the edge of my seat waiting to see what would happen next.
I would definitely recommend this work to anyone looking for a good thriller to read.
Read more
One person found this helpful
Helpful
Comment Report abuse
See all reviews from the United States

Sallyann Morgan
5.0 out of 5 stars brilliant
Reviewed in the United Kingdom on February 22, 2013
Verified Purchase
I sure hope Karina writes a follow on to this book it would be fantastic to see what happens to them all
Read more
Helpful
Sending feedback...
Thank you for your feedback.
Sorry, we failed to record your vote. Please try again
Report abuse

Spydah
5.0 out of 5 stars Kittnz Rool
Reviewed in the United Kingdom on January 23, 2012
Verified Purchase
This book kicks ass in more ways than one lol. Violent, sexy and moving in parts a great read and an engrossing story
Read more
Helpful
Sending feedback...
Thank you for your feedback.
Sorry, we failed to record your vote. Please try again
Report abuse