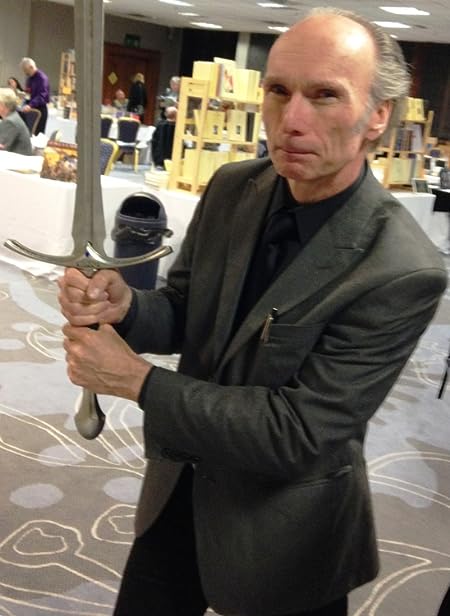 Lawrence C. Connolly's books include the novels VEINS (2008) and VIPERS (2010), which together form the first two books of the Veins Cycle. VORTEX, the third book in the series, is due in 2014.

His collections, which include VISIONS (2009), THIS WAY TO EGRESS (2010), and VOICES (2011), collect stories that originally appeared in AMAZING STORIES, CEMETERY DANCE, THE MAGAZINE OF FANTASY AND SCIENCE FICTION, TWILIGHT ZONE, YEAR'S BEST HORROR, and other major science fiction, fantasy, and horror anthologies and magazines. The collections also contain a number of new tales as well as essays that reveal the stories behind them.

VOICES was nominated for the Bram Stoker Award, Superior Achievement in a Fiction Collection.

More recent works can be found in the following collections:

Halloween: Magic, Mystery, and the Macabre

Rock On: The Greatest Hits of Science Fiction & Fantasy 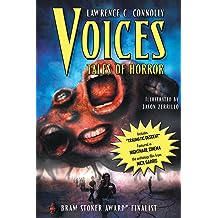 Combining the genre-bending stories of Lawrence C. Connolly with the surreal art of World Fantasy Award nominee Jason Zerrillo, VOICES is an exploration of the art of storytelling, where whispers become screams . . . and images echo in the mind.

This is more than a story collection: it’s a sounding of the depths of horror.

This second edition includes a new foreword by horror director Mick Garris and a bonus story by Connolly.
Read more
Other Formats: Paperback 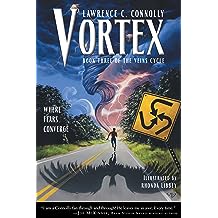 Rocks burn, floodwaters rage, and serpents take wing as a storm of fire and rain threatens the world.

Amid this chaos, a young man named Axle lies near death in a shuttered bedroom. He has the power to save the earth, but to do so he must retrieve something from his dreams, an artifact of memory that he has spent a lifetime trying to forget. With a single ally standing guard, Axle’s spirit searches the terrors of his past, following clues that may unlock a second chance for the human race.

All he needs is time.

Enter Samuelle, a woman whose touch can raise the dead and kill the living. Axle’s rivals have given her a mission: find the dreamer, deliver the killing touch, unleash the storm that will destroy humanity.

Fasten your seat belts for the concluding arc of the Veins Cycle, where cosmic forces play out on a human scale, and where the mind may yet prove to be the most powerful spirit of all.
Read more
Other Formats: Paperback 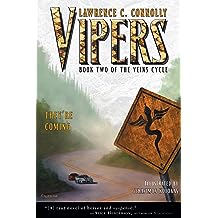 Vipers: Book Two of the Veins Cycle Aug 4, 2014
by Lawrence C. Connolly, Gerasimos Kolokas
( 5 )
$3.75
Axle and Bird are back from the dead. No longer merely human, they must now work to further the oohaate—the spirit path. Whether they will like what they find at the journey’s end remains to be seen, but for now, there’s no turning back.

An explosion at Windslow Mine has set things in motion. The forest is crawling with snakes, driven from their nests by underground fires.

And the snakes are not alone.

Other forces are emerging, rising from the earth’s molten veins, preparing to reclaim a smoldering world. By daybreak, the residents of Windslow, Pennsylvania, will know that the world is burning beneath them.

By daybreak, the nightmare begins.
Read more
Other Formats: Paperback 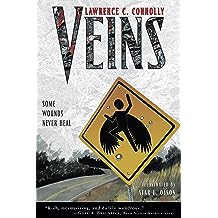 Veins (The Veins Cycle Book 1) May 14, 2014
by Lawrence C. Connolly, Star E. Olson, W. H. Horner
( 24 )
$4.99
Fleeing from what should have been a perfect crime, four crooks in a black Mustang race into the Pennsylvania highlands. On the backseat, a briefcase full of cash. On their tail, a tattooed madman who wants them dead.

The driver calls himself Axle. A local boy, he knows the landscape, the coal-hauling roads and steep trails that lead to the perfect hideout: the crater of an abandoned mine. But Axle fears the crater. Terrible things happened there. Things that he has spent years trying to forget.

Enter Kwetis, the nightflyer, a specter from Axle’s ancestral past. Part memory, part nightmare, Kwetis has planned a heist of his own. And soon Axle, his partners in crime, and their pursuer will learn that their arrival at the mine was foretold long ago . . . and that each of them is a piece of a plan devised by the spirits of the Earth.
Read more
Other Formats: Paperback