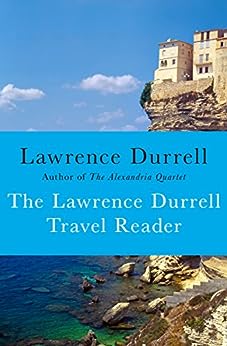 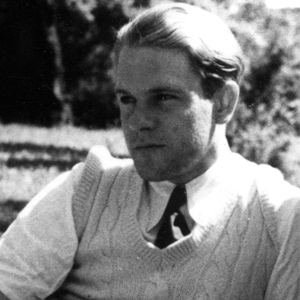 “Durrell’s prose is as seductive as ever.” —The New York Times
“Such passion impels travel literature to its fullest purpose: to stir the reader’s imagination and longing. . . . Quiet time with this book is its own great reward.” —Booklist
“[Durrell’s] travel books arrive like long letters from a civilized and very funny friend—the prose as luminous as the Mediterranean air he loves.” —Time

Born in Jalandhar, British India, in 1912 to Indian-born British colonials, Lawrence Durrell was a critically hailed and beloved novelist, poet, humorist, and travel writer best known for the Alexandria Quartet novels, which were ranked by the Modern Library as among the greatest works of English literature in the twentieth century. A passionate and dedicated writer from an early age, Durrell’s prolific career also included the groundbreaking Avignon Quintet, whose first novel, Monsieur (1974), won the James Tait Black Memorial Prize, and whose third novel, Constance (1982), was nominated for the Booker Prize. He also penned the celebrated travel memoir Bitter Lemons of Cyprus (1957), which won the Duff Cooper Prize. Durrell corresponded with author Henry Miller for forty-five years, and Miller influenced much of his early work, including a provocative and controversial novel, The Black Book (1938). Durrell died in France in 1990.

Durrell, a twentieth-century British writer admired by discriminating readers, was the author of the Alexandria Quartet, a novel cycle named for the alluring and mysterious Egyptian city in which it was set. He also traveled avidly and consequently established a reputation as a brilliant travel writer. Evidence is made concrete in this anthology, in which excerpts from Durrell's book-length travelogues are gathered with short pieces published independently. His particular love for the islands of the Mediterranean shines from its pages, and such passion impels travel literature to its fullest purpose: to stir the reader's imagination and longing. Durrell's fundamental philosophy about travel is declared, and the tone for this entire anthology is set, by the first piece, "Landscape and Character," a 1960 essay originally published in the New York Times Magazine--his sentiment codified as "human beings are expressions of their landscape, but in order to touch the secret springs of a national essence you need a few moments of quiet with yourself." Quiet time with this book is its own great reward. Brad Hooper
Copyright © American Library Association. All rights reserved --This text refers to an alternate kindle_edition edition.
Read more

ealovitt
HALL OF FAMETOP 1000 REVIEWER
5.0 out of 5 stars Bright shards in a wine-dark sea
Reviewed in the United States on June 22, 2016
Verified Purchase
Lawrence Durrell, the British author who is best known for his four novels comprising "The Alexandria Quartet," also composed a series of 'landscape books' about his pre- and post-war experiences in and around the Mediterranean. The books in this series are "Prospero's Cell, “Reflections on a Marine Venus,” “Bitter Lemons,” and “Sicilian Carousel.” Most of the excerpts in "The Lawrence Durrell Travel Reader" are taken from these four 'landscape' books, plus a series of essays on his life in Provence.

The first book, "Prospero's Cell" was written in the years preceding World War II. The setting for Shakespeare's "Tempest" is the Greek island of Corfu, argues one of the characters in this book, expounding on a deeply held belief of its author. The 'presiding genius' of Corfu, or as it was once called, Corcyra, is none other than Zeus Pantocrator.

Durrell's foreshadowing of that grim future cast his landscapes and dazzling Greek villages of Corfu into intense relief.

In his second book, war still clings like a gray film to the bright fabric of "Reflections of a Marine Venus," which was begun in 1945 and takes place on Rhodes. The ‘marine Venus' of the title is a statue which was found by sailors in their nets at the bottom of Rhodes harbor and which much appealed to Durrell, who thought of her as the 'presiding genius' of the place. He began this book while assigned to Rhodes as an information officer in 1945, and finally finished it in Belgrade in 1952 while working as a press attaché for the British Embassy.

In his third island book, "Bitter Lemons," the author moves away from World War II, and into his experiences dodging gunmen and bombs during the postwar 'unrest' on Cyprus, which was then a British protectorate.

Durrell's great obsession during his years on Cyprus was the purchase and restoration of an old Turkish house at Bellapaix. This is the best part of the book in spite of the stereotypical 'boisterous' Greeks and 'indolent' Turks. The author employs his best, most beautiful descriptions on his house, his village, and the surrounding territory.

The fourth book in the series, "Sicilian Carousel" was published almost two decades after "Bitter Lemons" and Durrell is a much more mellow writer--perhaps because of his retirement from various posts within the British Foreign Office. Or perhaps because no one was shooting at him on Sicily.

Martine, who was a friend of Durrell's on Cyprus ("Bitter Lemons") is a ghostly presence on Sicily, the largest and perhaps the most beautiful of the Mediterranean islands. She had tried to persuade Durrell to visit her in life. Instead, he brings her letters to Sicily and shares Martine's favorite places with her in death. He compares her "to a sea-bird who has floated out of sight" and spends the book trying to lay her ghost.

I had not yet read Durrell's collection of essays about Provence, his home during the last three decades of his life and was happy to find a few of them in this 'Travel Reader.' They are truly a delight, most especially his plumber's search for a wife in "Laura, a Portrait of Avignon."

Here is the table of contents, which I've annotated to include the titles of Durrell's four 'landscape' books:

SPIRIT OF PLACE
-- Landscape and Character

PROVENCE
-- In Praise of Fanatics
-- Laura, A Portrait of Avignon
-- Across Secret Provence
-- Old Mathieu

John T. Hansen
5.0 out of 5 stars Lawrence Durrell, as always, a Great Story Teller
Reviewed in the United States on August 12, 2020
Verified Purchase
I read Durrell's magnum opus, The Alexandria Quartet, when I was in law school many years ago. (That is probably why I was not an "A" student.) I loved his writing the and kept a list of new words to add to my vocabulary, because Durrell's was immense. (That probably helped me write persuasive briefs when I became a lawyer :)) But the bottom line is that Durrell's prose carries the reader along as if you were there with him and his characters. I retuned to Durrell during the pandemic when I needed books to occupy my locked-down time, and I was not disappointed. This is not a novel. It is an extended diary of his travels through the Mediterranean and French Provence over several decades. As noted, you are drawn into the book as if you were there with Durrell. Another one of my non-academic law school escapades was to visit Greece during summer vacation, and, like Durrell, I fell in love with the country; especially the islands. You will too when you read this book.
Read more
3 people found this helpful
Helpful
Report abuse

peachiebee
5.0 out of 5 stars The Absolutely Best Travel Writer
Reviewed in the United States on May 14, 2016
Verified Purchase
Have been his fan since I discovered Alexandria Quartet in High School. Does not disappoint. No one does descirptive text better.
Read more
4 people found this helpful
Helpful
Report abuse

Reckless reader
4.0 out of 5 stars Still relevant for Mediterranean travel today
Reviewed in the United States on July 31, 2013
Verified Purchase
I can't make any headway with Durrell's Alexandria Quartet but I really enjoy his travel writing. He has many stories about the local residents and the history of the places he visits or where he was living. Most of the travel took place during the 1930s to '50s.
Read more
6 people found this helpful
Helpful
Report abuse

Edmund F Desmond
5.0 out of 5 stars Never a dull sentence.
Reviewed in the United States on May 1, 2016
Verified Purchase
Lyrical and dreamy reflections on travel in Greece and elsewhere with focus on the landscape.
Read more
4 people found this helpful
Helpful
Report abuse

Mike Gerrard
5.0 out of 5 stars Fine Travel Writing on Greece and Elsewhere
Reviewed in the United States on December 16, 2010
Ignore the negative review. Lawrence Durrell is nothing like Gerald Durrell (who I also admire), and this is a book of travel essays and his travel books. It isn't a guidebook, so you can hardly complain about it not being a guidebook! That's like buying pork and complaining it isn't chicken.

I find Durrell's fiction heavy-going, though I do know many people enjoy it, including my wife. But his travel writing is very accessible, beautifully lyrical, and really does invoke that spirir of place. I write a lot about Greece myself, and so have read a great number of books about Greece. Lawrence Durrell's are among the most enjoyable that there are, particularly the ones about Corfu and Rhodes. To get everything together in one collection like this is a real treat.
Read more
15 people found this helpful
Helpful
Report abuse

Jerry B Schutz
4.0 out of 5 stars Fun to Revisit
Reviewed in the United States on April 22, 2013
I have read most of the books from which this volume was taken, but not for decades. It was fun revisiting them. I don't agree with Durrell's outlook on development and tourists. I have met wonderful, intelligent people on tours. Not everyone can make a livelihood of travel. Some of us have to be doing the kinds of things that made it possible for Durrell to live the way he did. At least he's not as bad as some too, too refined travel writers. I find it ironic that Durrell criticizes modern manufacturing but needs not one, but two cars to support his trek across one of the islands, but then we all have our little things. He's still one of my favorite authors. Reading this book is a wonderful opportunity to see some places from the eyes of a poet, and a man that enjoyed life as he lived it.
Read more
7 people found this helpful
Helpful
Report abuse
See all reviews