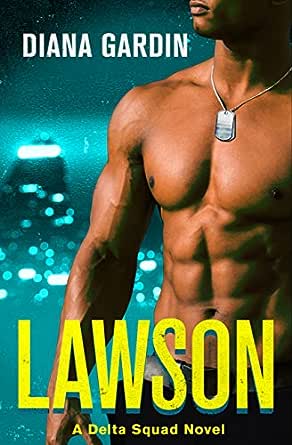 You've subscribed to Delta Squad! We will preorder your items within 24 hours of when they become available. When new books are released, we'll charge your default payment method for the lowest price available during the pre-order period.
Update your device or payment method, cancel individual pre-orders or your subscription at
Your Memberships & Subscriptions
There was an error. We were unable to process your subscription due to an error. Please refresh and try again. 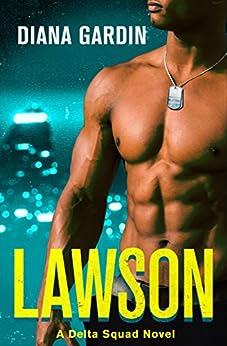 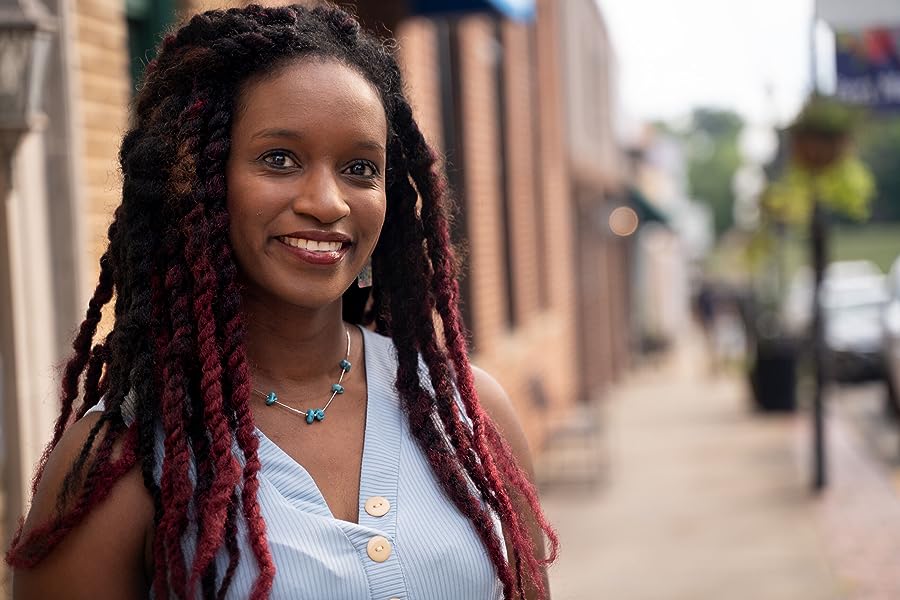 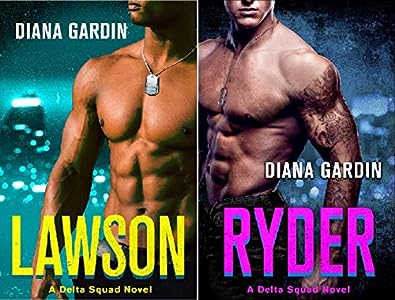 Diana Gardin is a wife of one and a mom of two. Writing is her second full time job to that, and she loves it! Diana writes contemporary romance in the Young Adult and New Adult categories. She's also a former Elementary school teacher. She loves steak, sugar cookies, and Coke, and hates working out. --This text refers to an alternate kindle_edition edition.

"Fast-paced with plenty of action and romance, readers will be kept entertained to the very end."―Harlequin Junkie on Lawson

"A sensual, action-filled page-turner that evokes waves of emotion....The sexual tension is thick enough to stop bullets....Gardin will add to her fan base with this winning, fast-paced novel."
―Publishers Weekly, Starred Review on Sworn to Protect

"No one does Romantic Suspense like Diana Gardin...I was rooting for Ronin and Olive from the very first page."―Susan Stoker, New York Times bestselling author on Promise to Defend

"Gardin has a gift for intrigue and suspense with a mix of unbridled passion and romance, Sworn to Protect sizzles."―Heidi McLaughlin, New York Times bestselling author

"A sexy, brooding hero and a feisty, fierce heroine make for undeniable chemistry and scorching heat between the sheets. You'll be rooting for the characters to get together and to get it together from the very first page."―--Jay Crownover, New York Times and USA Today bestselling author on Man of Honor

"A heart wrenching story of the healing power of love. Gardin handles tough issues with sensitivity and poignant storytelling."―--Marie Meyer, author of The Turning Point, on Man of Honor

"A fast-paced, intriguing story that will keep you glued to your kindle. An absolute must-read!"
―Tina, Bookalicious Babes on Sworn to Protect --This text refers to an alternate kindle_edition edition.

Christina Youngren
5.0 out of 5 stars Matched Up Perfect
Reviewed in the United States on October 23, 2018
Verified Purchase
Diana does it time and time again. Lawson and Indigo just touch my heart in this story. Their pasts, their present and their time together learning to trust one another and creating a bond of love that was amazing to see unfold. A story full of action, full of heart, full of friendship, full of helping those in need, get to me every time and Diana has this amazing combination of all this mixed together in this book in such a extraordinary way. Both these characters are so strong, so fierce, but also damaged and it was beautiful to read their story and see how one person can change everything in someones life and how trust and love make all the difference in the world. This was a amazing book and I am always looking forward to the next book by Diana.
Read more
Helpful
Report abuse

J Dewey
5.0 out of 5 stars just keep getting better
Reviewed in the United States on October 29, 2018
Verified Purchase
Such a great start to the Delta Squad series! Can’t wait for the rest! I enjoyed the Rescue Ops series but this is going to be even better!
Read more
Helpful
Report abuse

Jessica
5.0 out of 5 stars Amazing!
Reviewed in the United States on October 23, 2018
Verified Purchase
It was a well written book that kept you on the edge of your seat the entire time! Lawson and Indigo were made for each other! This whole series is great! I wish I could hang out with the NES crew!
Read more
Helpful
Report abuse

LAM
4.0 out of 5 stars Lawson and Indy
Reviewed in the United States on October 23, 2018
I was gifted an ARC for an honest review.

Lawson is a romantic suspense told in 1st person, alternating POV from the H/h. Each switch in POV is clearly headed at the beginning of each chapter so the reader knows who is speaking. I happen to like stories told in this manner because I'm always wondering what the other characters are thinking/feeling.

This is book #1 in the Delta Squad series and it piggybacks on Diana Gardin's Rescue Op series as it continues to involve Night Eagle Security (NES). You do NOT have to read the previous series to enjoy this one. I will list those other stories at the end of this review in case you are interested.

Lawson and Indigo are an interesting couple who are forced to work together to bring down an international car theft ring. Both are tough and stubborn, having personal demons that ride them and, as a result, sparks fly.

Lawson (Sleuth) is a broody former SEAL turned security agent working for NES. He has a protective streak a mile wide. His past haunts him and he's constantly seeking a way to purge his guilt. "Going into a relationship would be asking someone else to unpack my baggage, and that's not fair."

Indigo (Indy) is an excellent undercover detective, with a tragic past, who prefers a lone-wolf status to a partnered one. She grew up rough and on the wrong side of the tracks. "I'm really a rebel, but they gave me the detective title just so I wouldn't go rouge on them."

This is a quick and fun read with both sexy times and action as Lawson and Indy get to know each other and try to bring down the "bad guys". The characters from the Rescue Op series make an appearance, but this story is more about introducing the newcomers to the NES team and they're going to be a lot of fun!

I'll definitely pick up the others in the series as they release because I really want to know more about Lawson's SEAL buddies.

There are a few errors requiring more editing - these may be corrected by the time this story releases. But, regardless, those errors aren't enough to affect any readers enjoyment.

As I said this new series piggybacks on the Rescue Ops series and I encourage you to read them as well!

Rescue Ops:
#1 Sworn to Protect
#2 Promise to Defend
#3 Mine to Save
Read more
One person found this helpful
Helpful
Report abuse

Marie-Elizabeth D
4.0 out of 5 stars Delta Squad debut
Reviewed in the United States on October 23, 2018
Disclaimer: ARC received in exchange for an honest review

Lawson, the first book in Diana Gardin’s new Delta Squad series, continues to follow the ever-expanding roster of Night Eagle Security (NES) alpha-male personnel. But despite sharing the same Wilmington, North Carolina-setting with the Battle Scars and Rescue Ops series, from the outset, the first book in the Delta Squad series gives off a completely different vibe than previous books. Lawson is edgier, more mission focused, and slightly less intense.

The eponymous novel shares its name with male protagonist Lawson Snyder. Lawson, like many of his NES peers, is ex-military, a highly-trained Navy SEAL. Also like his brothers-in-arms, Lawson has struggled greatly with reacclimating to civilian life, which is how he finds himself utilizing his distinct skill set in the private security sector.

Indigo is a detective who draws on her troubled, criminal past to connect with confidential informants and police underground and undercover operations. She channels her dark past, choosing to face a grittier side of law and order.

The plot of Lawson throws together Indigo and our titular hero in an undercover assignment to bring down a luxury car theft ring. Of course, their partnership quickly evolves from fake to real romantic relationship, with both Indigo and Lawson facing intense feelings that they’re normally unaccustomed to experiencing. They seem to breech each other’s emotional barriers rather quickly, immediately bonding over rocky histories, and finding a strong sense of trust in their blossoming partnership. Their relationship does border on somewhat insta-lovey, but given the insulated nature of their assignment and the gravity of the situations Lawson and Indigo undergo together, in addition to a shared understanding of difficult pasts, it’s not entirely outside the realm of possibility. I don’t know how plausible it is that every guy that works at NES has to rescue their loved one(s) or love interest, but the books are overwhelmingly satisfying, so the implausibility mostly gets overlooked.

Gardin is a brilliant writer — she’s detail-oriented and deftly skilled at immersing her readers in the coastal Carolina community so many of her books use as a backdrop. She’s fleshed out this world of ex-military men finding refuge in private security jobs that capitalize on specialized skill sets honed by time in the armed forces that are not necessarily widely applicable to civilian life. Gardin also crafts secondary characters that readers latch onto (FRANNIE!). Her books are ripe with chemistry and sexual tension, and this isn’t limited to her main characters. She sets the stage for at least two future pairings within the confines of this initial story, both of which I’m anxious for (MORE FRANNIE!). This novel, Lawson, marks the start of what I anticipate is going to be another exciting, enthralling series from Gardin, and I cannot wait.
Read more
Helpful
Report abuse
See all reviews