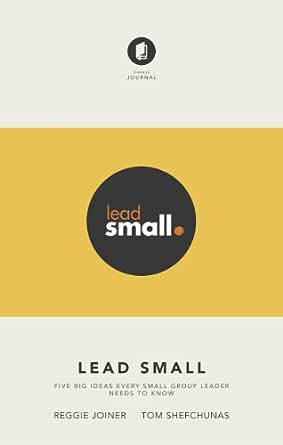 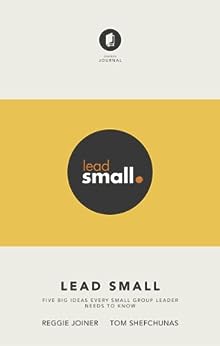 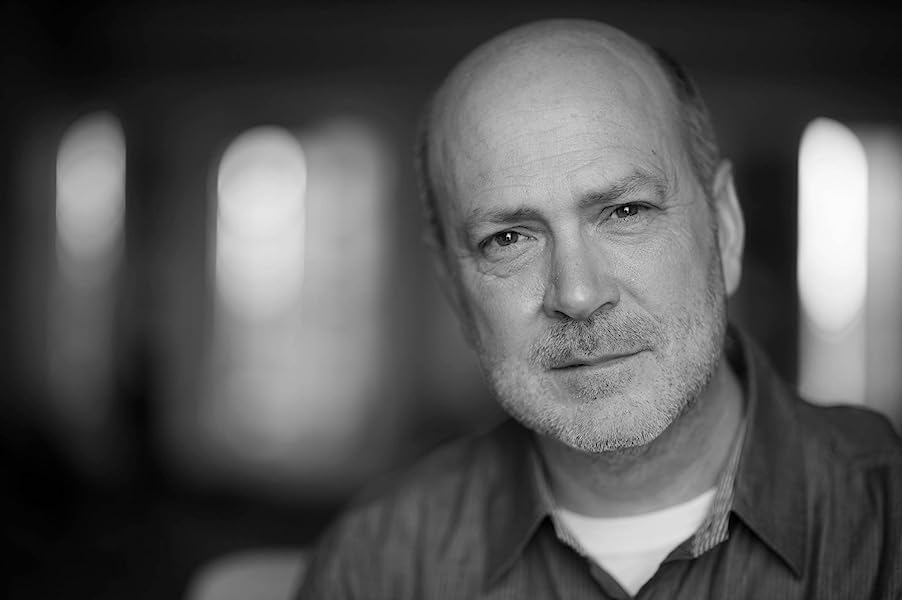 Reggie Joiner is the founder and CEO of The reThink Group (also known as Orange), a non-profit organization whose purpose is to influence those who influence the next generation. reThink provides resources and training for churches and organizations that create environments for parents, kids, and teenagers. Prior to reThink, Reggie co-founded North Point Community Church in Alpharetta, Georgia, with Andy Stanley. He is the author of several books, including Think Orange; The Think Orange Handbook; Zombies, Football and the Gospel; Seven Practices of Effective Ministry; and Lead Small. Reggie and his wife, Debbie, are the parents of four children. For more information about Reggie Joiner, visit ReggieJoiner.com or follow him on Twitter @ReggieJoiner.

4.6 out of 5 stars
4.6 out of 5
126 global ratings
How are ratings calculated?
To calculate the overall star rating and percentage breakdown by star, we don’t use a simple average. Instead, our system considers things like how recent a review is and if the reviewer bought the item on Amazon. It also analyzes reviews to verify trustworthiness.
Top reviews

Wes W.
4.0 out of 5 stars Awesome book!
Reviewed in the United States on August 30, 2016
Verified Purchase
This book is great! We use it to train team leaders at our church.
Our position is that every team leader is a small group leader. We've seen great fruit from it!

Only 4 stars because (I ordered 5 copies) one of the copies that I received was printed backwards. Meaning that the book started at the right and read toward the left. The "last" page was where the book started. Weird, huh?
Read more
Helpful
Comment Report abuse

Steve
5.0 out of 5 stars Must read for small group leaders
Reviewed in the United States on January 3, 2019
Verified Purchase
This book is so awesome and is a must read for anyone who wants to be a good small group leader. Reggie has done a great job in outlining what it really means to lead a small group and what to do to lead your few to authentic faith that lasts.
Read more
Helpful
Comment Report abuse

Jason Watts
5.0 out of 5 stars Amazing Topics in a Straighforward delivery
Reviewed in the United States on May 21, 2019
Verified Purchase
If you are trying to grow depth in a small group you are leading this is a great resource. It has simple, actionable topics that are not covered up with distractions. A must read for anyone that is trying to lead a group of young people.
Read more
Helpful
Comment Report abuse

Andre Vellagio
3.0 out of 5 stars Small Group Manual
Reviewed in the United States on December 24, 2013
Verified Purchase
If you want basic principles for running a small group, this will help. It stresses the role of the small group leader (i.e. you're not there for YOU, you're there for the members of your group), and these can "shake and wake" you into becoming a responsible leader. No earth-shaking, brilliant ideas, but good, solid principles. I read this while in a doctors office.
Read more
2 people found this helpful
Helpful
Comment Report abuse

Scott K. Blount
5.0 out of 5 stars Great read
Reviewed in the United States on April 26, 2018
Verified Purchase
Thanks for the wisdom imparted in this book. The principles herein apply not only to children’s or student ministry, but to adult ministry as well.
Read more
Helpful
Comment Report abuse

Juan Angel Davila
4.0 out of 5 stars Great introductory book!
Reviewed in the United States on August 1, 2017
Verified Purchase
I found this book incredibly helpful if giving me small, simple action steps in becoming a better small group leader for the high school youth group I help lead. So many small gold nuggets in this book!
Read more
One person found this helpful
Helpful
Comment Report abuse
See all reviews

libby
5.0 out of 5 stars Five Stars
Reviewed in the United Kingdom on October 23, 2017
Verified Purchase
Looks like a book that will empower you to be free in ministry.
Read more
Report abuse

Josh B
4.0 out of 5 stars Some solid principles for those starting out
Reviewed in Canada on May 25, 2020
Verified Purchase
A great introduction for those who are starting out in small group ministry or for those leading the leaders. A reminder for anyone who has done it before but wants to bring it back to the basics.
Read more
Report abuse

Kindle Customer
5.0 out of 5 stars Great book
Reviewed in Canada on October 9, 2016
Verified Purchase
Easy quick read with lots of great information on leading small groups of all ages! I'd recommend this book to any small group leader.
Read more
Report abuse
See all reviews