You've subscribed to The Dogfather! We will preorder your items within 24 hours of when they become available. When new books are released, we'll charge your default payment method for the lowest price available during the pre-order period.
Update your device or payment method, cancel individual pre-orders or your subscription at
Your Memberships & Subscriptions
There was an error. We were unable to process your subscription due to an error. Please refresh and try again. 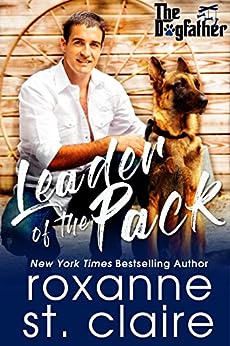 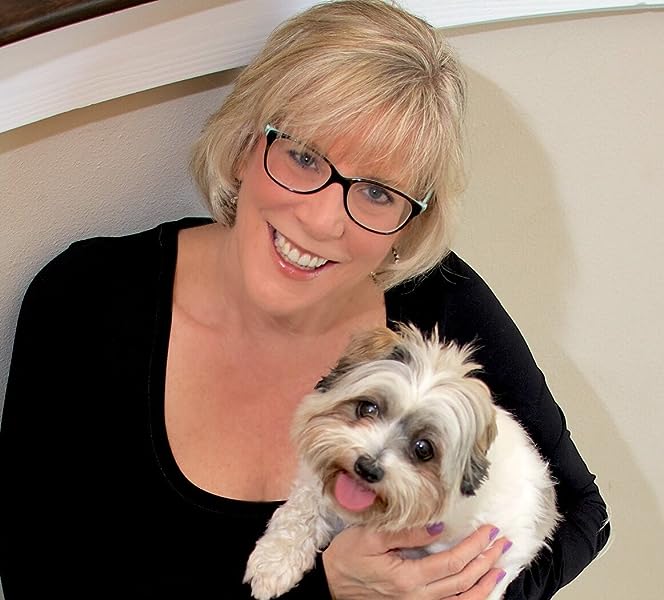 Leader of the Pack (The Dogfather Book 3) Kindle Edition 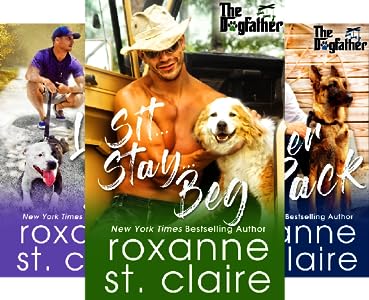 Roxanne St. Claire is a New York Times and USA Today bestselling author of fifty romance and suspense novels. In addition to being a nine-time nominee and one-time winner of the prestigious RITA™ Award for the best in romance writing, Roxanne’s novels have also won the National Reader’s Choice Award for best romantic suspense four times, as well as many others industry awards. She lives in Florida with her husband, and still attempts to run the lives of her teenage daughter and 20-something son. She loves dogs, books, chocolate, and wine, but not always in that order. --This text refers to the paperback edition.

4.7 out of 5 stars
4.7 out of 5
424 global ratings
How are ratings calculated?
To calculate the overall star rating and percentage breakdown by star, we don’t use a simple average. Instead, our system considers things like how recent a review is and if the reviewer bought the item on Amazon. It also analyzes reviews to verify trustworthiness.
Top reviews

Gatorfan
TOP 500 REVIEWERVINE VOICE
5.0 out of 5 stars great series, sexy heroes and terrific dogs
Reviewed in the United States on October 1, 2018
Verified Purchase
LEADER OF THE PACK is a standalone read with a HEA. This series is about a big Irish Kilcannon family. There is the father of the clan, a widower determined to see his children all happily married. He has 4 sons and 2 daughters. They own and operate the largest dog training facility in North Carolina. This story is about Liam, an ex-Marine and the oldest son. Liam is an introvert, usually very misunderstood by his family. Most folks don't understand introverts! They need quiet and peacefulness to recharge their batteries. They don't particularly like being around crowds or noisy groups. That type of scene sucks the life out of them. I know this because I am one. Liam has been in love with a young woman he met and briefly dated 3 years ago. Seeing his siblings fall in love and moving on with their lives has also pulled him more into himself. He trains all the guard and service dogs at the facility.

He suddenly finds the love of his life back in his life and he is hoping for a happy ever after. However, her 6 year old son is suffering from the loss of his father. Andi never married his dad but she has made every effort to keep him in the boys life. It hasn't been easy as he is really not father material and he has chosen to live in the UK for most of the boy's life. Then suddenly as she first starts to date Liam he shows up and wants a second chance to be a father. She opts to give him that chance leaving Liam broken hearted.

Now they are getting their second chance. But, with that chance comes a dire threat to Andi and Christian. There is family drama as things that seemed one way turned out to be quite different. There is adventure and drama as the police get involved with straightening everything out. Andi seemed determine to protect her son regardless who she hurts in the process. I loved him, there were times I wanted to smack her!! But all's well that ends well. They get their HEA thanks to a lot of side characters and a few good dogs. I enjoyed the story and I definitely recommend it.

I was not paid for this review. I am not a writer nor do I know one. I am not kin to this author. I am a reader and this is my opinion, nothing more, nothing less. 10/1/18.
Read more
4 people found this helpful
Helpful
Report abuse

Tina
5.0 out of 5 stars A Wonderful book, part of a great series
Reviewed in the United States on July 24, 2017
Verified Purchase
Leader of the Pack is book 3 in the Dogfather Series. It can be a stand alone but I highly recommend you read them in order as it a series about a family and you catch up/revisit with members of the family in each book. I think you'll get more enjoyment overall with the series.

Liam Kilcannon is a K-9 Trainer who in the past was getting attached to single mom Andi Rivers when her son's dad shows back into her life and she chose to give him another chance.

They reconnect when her deceased son's father's sister shows up in her life threatening her life with her son, Christian. What I loved about this book is not only did Andi and Christian get Liam and his K-9 Jag for protection they got the whole Kilcannon clan.

Liam would love to have a future with Andi and her son but Andi only wants a 'no strings' attached affair. Kudos to Liam for not settling even though he fights the sexual attraction not to give in.

This book has a dog, a little boy, sexy protective man, intrigue and suspense. What else could you want. This book has the overall 'feel good' vibe to it.

I thoroughly enjoyed this book and highly recommend not only this book but the whole series!
Read more
5 people found this helpful
Helpful
Report abuse

Patti Lucas
5.0 out of 5 stars Leader of the Packs, Leads the Pack of Dogfather Books!
Reviewed in the United States on August 4, 2017
Verified Purchase
Roxanne St. Claire has done it again! I LOVE the Leader of the Pack! It might truly be my favorite book! It is such a poignant and bittersweet love story. I love a great love story. I love the Kilcannon family and Bitter Bark, NC. Leader of the Pack is Liam Kilcannon's story, the oldest Kilcannon, at almost forty years old, he is the leader of the pack. Liam is a former Marine, and current K-9 trainer at Waterford. Liam has been in love with Andrea (Andi) Rivers from the moment he saw her and dated her three years ago. At the time the father of Andi's young son, Christian, wanted to be part of his life. And I felt that it was only right to give a life with Jefferson (Jeff) Scott a chance. One year later, Jeff dies in a car accident and Andi decides to on,y be 100% committed to raising her son as a single mother. Fast forward two years, Jeff's mother, Nadine died and left Christian a trust fund worth six million dollars. Jeff's sister, Nora is going to battle Andi for full custody of Christian claiming she is an unfit mother, so she can control the trust fund. Daniel Kilcannon, "The Dogfather" comes up with a solution, Andi can marry Liam, whom he has not so secretly been trying to get together. Once the threat of the custody battle has been resolved, Andi and Liam can have their marriage annulled. The surprise wedding can take place after the engagement party for Jessie and Garrett and Chloe and Shane. Just when I thought that Andi and Liam would live happily ever after with Christian and Jag, the German Shepherd, Rocki throws in a surprise major plot twist. Who doesn't love a surprise plot twist! The plot twist gets resolved, and they get their happily ever after. Cannot wait to read Molly's story next!
Read more
2 people found this helpful
Helpful
Report abuse
See all reviews

Hanbarn
3.0 out of 5 stars Okay read
Reviewed in the United Kingdom on October 4, 2020
Verified Purchase
A bit sweet and twee but I love dogs and the meddling dad and granny so enjoyed this little romp.
Read more
Report abuse

Veronica
5.0 out of 5 stars Even the Loneliest Heart Needs A Home.
Reviewed in Australia on August 30, 2018
Verified Purchase
For Liam Killcannon being the oldest son has come with lots of life lessons.
And just when he wonders what life will bring he sees Andi, and from that time
he knows She's the one for him....Now he only has to convince her of that, BUT
he's patient. This is an Amazing story l would Highly Recommend for Anyone and Everyone!
Roxanne St Claire has done it Again! l LOVE This Series So Incredibly Much and Can't Wait
To Read the Next Book in the Series!
Read more
Report abuse

Kindle Customer
5.0 out of 5 stars Heart-warming - a mystery and dogs!
Reviewed in Canada on December 22, 2017
Verified Purchase
Loved this story... A 2nd chance at love, a very shy and introverted child, a marvellous trainer, and the Kilcannon family. Andi couldn't hold on to her fears about close relationships with so much love and support. What a satisfying story! Now I'll be reading the whole series! Highly recommended.
Read more
Report abuse

Suze Joyce
5.0 out of 5 stars Leader of the Pack
Reviewed in Canada on April 2, 2018
Verified Purchase
A bit of everything in this book a lot of romance with mystery and suspense thrown. Really enjoyed this book. Gave me everything I love in a book
Read more
Report abuse
See all reviews