Shipping rates and Return policy
Added
Not added
Add to Cart
$12.01
FREE Shipping
Get free shipping
Free shipping within the U.S. when you order $25.00 of eligible items shipped by Amazon.
Or get faster shipping on this item starting at $5.99 . (Prices may vary for AK and HI.)
Learn more about free shipping
on orders over $25.00 shipped by Amazon.
Sold by: Seb's Handy Store
Sold by: Seb's Handy Store 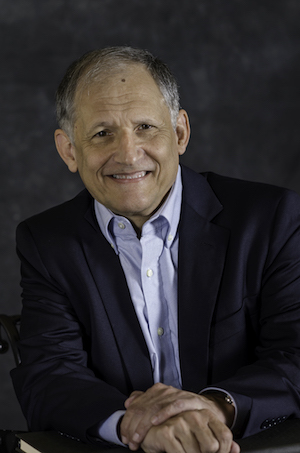 In this informative and inspirational book, Coach K, Duke University's head basketball coach, tells readers how he coaxes peak performances from his team, relying on lessons he learned as a captain in the U.S. Army.

Duke University's head basketball coach Mike Krzyzewski has proved himself a leader both on and off the court. He's led the Duke Blue Devils to five straight Final Four appearances, culminating in back-to-back championships in 1991 and '92. He has received five National Coach of the Year Awards—and many of the players he coached in college have gone on to NBA stardom.

From sportsmanship to respect, Leading with the Heart is a genuine gift from a coach who knows how to lead with heart.
Read more
Previous page
Next page

Mike KrzyzewskiI has been the basketball coach of the Duke Blue Devils for thirty years, winning three NCAA championships and twelve national Coach of the Year awards. He is revered and respected by sports fans and business leaders everywhere. Coach K lives with his family in Durham, North Carolina.

Amazon Customer
1.0 out of 5 stars Received in wet condition! Unable to read the book!
Reviewed in the United States on April 11, 2022
Review isn’t on the book, it’s the shape I received the book! Water damage and pages bent back, sticking together! Obviously, I will not be able to read this book!
Images in this review

H
4.0 out of 5 stars Inspiring Reading as Intro to Leaderhsip
Reviewed in the United States 🇺🇸 on April 17, 2000
Verified Purchase
Good book. Good lessons. Resonated well with me because (A) I was at Duke in K's early years and (B) I'm now a CEO working to be a better leader.
Where it excels: While many books say, "do this" K explains why you "do this," which makes the lesson much more valuable. Focuses specifically on interpersonal skills, rather than vague over-arching principles of some Forunte 100 CEO. Gives lots of examples and the fact that I witnessed many of them myself (albeit on TV) helped me understand. Summarizes the points at the end of each chapter (though this could be improved).
Where it's weak: K himself says he wants honesty, so here it is: He needs more confidence as an author and to set his sights higher. It's a "good" leadership/basketball reminiscing book that could be a truly _great_ leadership-only book if it were better edited to spend less time on irrelevant details of some game in 1988 and more time on being concise. Those details are entertaining, but we're business leaders, we need people to get to the point. The publisher probably said it needed fluff to sell. However, I'll bet a second edition with less fluff and promoted more as a true management book would sell more. In K terminology, the "heart" of this book is in its leadership lessons. We've already seen the games.
One other troubling aspect: contradictions. K will talk about honesty with players and media, then later cite a ploy with Brian Davis and "blowing smoke at the media" before the second UNLV game. Those should be clarified.
Either way, I recommend it. Coach, you helped me learn.

Reddog
4.0 out of 5 stars Good read
Reviewed in the United States 🇺🇸 on July 20, 2021
Verified Purchase
Good used book. Learned a lot for coach in this book.. Difficult to say from a UK fan.😎
He knows they were luckier un dogs to beat Ky in 92. One play, one coach, one player never decides success in a whole game..
Ky went in the underdog, out played Duke that night and still got beat. It’s unfair to criticize Farmers instinct shot and turn around and hurrah Late’s instinct shot. Thanks
Read more
Helpful
Report abuse

Dr. L. Johnson
5.0 out of 5 stars Excellent book in all regards
Reviewed in the United States 🇺🇸 on April 29, 2000
Verified Purchase
I graduated from Duke in 68 and am an avowed fan of Coach K.However, I've hit a rut in my reading recently, can't find anything that seems stimulatiing or interesting.I was afraid this book would just be another of those "smaltzy" rah rah type of books that coaches(and usually someone else write), but I was happily surprised. It is really worth everyones attention, whether to motivate a business person or anyone on how to live ones life. The usual blah blahing about excellence is pretty much left out, thank goodness, and the book is full of very helpful aphorisms about what priorities to put first and how to lead a wholesome and successful life,even if you don't have a jump shot.Coach K comes across as really honest and sincere.I can't stand phonies and really was pleasantly surprised by the book. Lots of real life anecdotes about games, players, situations and how to take defeat.Truly inspirational from a superb leader. For sports fans, look what he did with the team of mostly freshman this year, way beyond anyones expectations.He uses his heart a lot, but also his head.You can also read and skip around in the book, its not like a novel.Again, his repeated emphasis on how to deal with defeat and failure shows true wisdom, far beyond that of most college coaches. I remember the tonge in cheek defintion of a college basketball coach by a player once."you have to be a little bit crazy to base your career on someone else's jump shot." Coach K is crazy like a fox.
Read more
34 people found this helpful
Helpful
Report abuse

William N. Parker
5.0 out of 5 stars In Serving Each Other We Become Effective and Fulfilled
Reviewed in the United States 🇺🇸 on April 11, 2000
Verified Purchase
"Leadership is the privilege of making differences for and through others." At least, this is my definition. I have read every significant book on leadership that has been published for the past ten years. I am a passionate student of the very subject that is my life's work: helping others in the business arena realize their potentials for greatness.
At the outset of a leadership class not long ago, one of the questions I asked was, "What leaders past or present would you list as being truly great?" This was after we addressed "why leadership now" and "how we learn it." One individual listed two: Abraham Lincoln and Mike Krzyzewski. I'll never forget that.
I had read Donald Phillips work, Lincoln on Leadership and LOVED it. When I saw that he and Coach K had collaborated, I KNEW I was in for a treat.
I am as big a fan of college hoops,ACC particularly, and Blue Devils specifically (my hometown) as I am of leadership.
There are HUGE lessons in the text for leaders at all levels. I've already captured one and e-mailed it to several leaders in business and industry.
Coach K is to great team leadership at college level what Phil Jackson is at the NBA level. It's all about selflessness and compassion.
I wish the book had been twice as long. I'm going to get the audio for reinforcement. He has many "quotables" throughout that people will want to remember.
It's a powerful and emotional journey that's fun to take!
This is the stuff from which great movies are made!
Read more
15 people found this helpful
Helpful
Report abuse
See all reviews

Alex Chinery
5.0 out of 5 stars A myst read for coaches regardless of sport!
Reviewed in the United Kingdom 🇬🇧 on July 18, 2017
Verified Purchase
A wonderful insight into the coaching ideals that made Coach K so successful.
Read more
Report abuse

Lucy
5.0 out of 5 stars Five Stars
Reviewed in the United Kingdom 🇬🇧 on August 27, 2015
Verified Purchase
Bought this for my husband, he loves it!
Read more
Report abuse

Nicolas Robayo
3.0 out of 5 stars Interesting but full of typos
Reviewed in Germany 🇩🇪 on May 27, 2015
Verified Purchase
The books is rather enterteining, and brings a powerful leadership message through references of the college basketball world. However it's kindle version is full of typos and formatting errors. It is clear that the editor failed to verify if the text recognition software worked properly. I would dare to say that Coach K would not approve of this lack of excellence.
Read more
Report abuse
See all reviews