Learning to Bow: An American Teacher in a Japanese School and millions of other books are available for Amazon Kindle. Learn more

Sold by: Sofos2019
Have one to sell?
Sell on Amazon 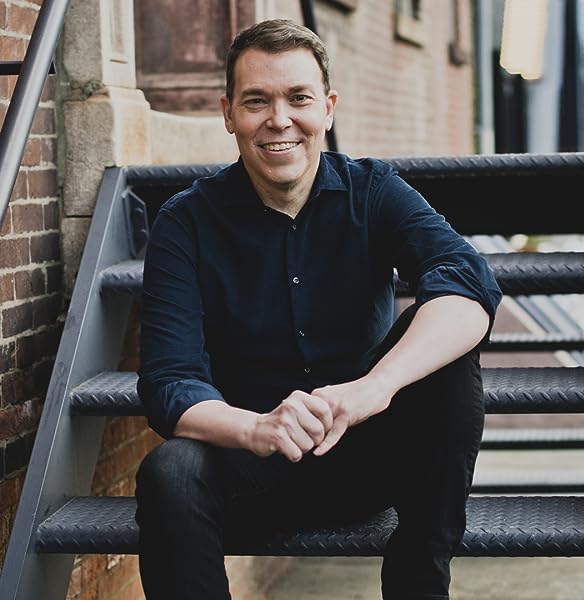 “A refreshingly original look at Japan…this book is a revelation.” -- Atlanta Journal-Constitution

“A charming and incisive close-up of the most important part of the Japanese miracle- the making of a Japanese.” -- Robert Elegant, author of Pacific Destiny

“A hilarious and revealing book [that] marks the debut of a formidable talent.” -- James Fallows, Washington Editor of Atlantic Monthly

“Mark Salzman fans and other aficionados of things Eastern will love…Bruce Feiler’s Learning to Bow.” -- Elle

“Always fascinating and often funny…one of those rare books that shows the Japanese as fully rounded human beings.” -- Washington Post

“As fascinating an account of Japanese life as you could find anywhere…Don’t miss this one.” -- Grand Rapids Press

Bruce Feiler is the author of six consecutive New York Times bestsellers, including Abraham, Where God Was Born, America's Prophet, The Council of Dads, and The Secrets of Happy Families. He is a columnist for the New York Times, a popular lecturer, and a frequent commentator on radio and television. He lives in Brooklyn with his wife and twin daughters.

Start reading Learning to Bow: An American Teacher in a Japanese School on your Kindle in under a minute.

4.3 out of 5 stars
4.3 out of 5
108 global ratings
How are ratings calculated?
To calculate the overall star rating and percentage breakdown by star, we don’t use a simple average. Instead, our system considers things like how recent a review is and if the reviewer bought the item on Amazon. It also analyzes reviews to verify trustworthiness.
Top reviews

LisaH
3.0 out of 5 stars Not an accurate picture of today's Japan
Reviewed in the United States on February 21, 2019
Verified Purchase
As a Japanese American who's been to Japan, I enjoy reading books about the travel experiences of others. I did notice the publication date was 2004, a bit dated, I thought, but I'll see what I think. As I read, and noticed certain references he made, I went back and discovered the copyright date is 1991, nearly 30 years ago. I really feel that a lot of the mindsets and perceptions he describes are outdated by now. I didn't dislike this book, just be aware of when it was written and the cultural climate during the time the author had these experiences before you pick it up.
Read more
3 people found this helpful
Helpful
Report abuse

therosen
5.0 out of 5 stars Cultural lessons disquised by an American sensei in Japan
Reviewed in the United States on January 3, 2004
Verified Purchase
Bruce Fielder pens the story of his experience as an English Teacher in Japan. Similar to "You Gotta Have Wa", this book is more about the experiences of an outsider fitting in to Japan than the occupational hazards of teaching English. To use his own words, Fielder really does cut into the heart of Japan. Interspersed between stories of the challenges of the educational system are many deeper lessons. Included are an explanation of the importance of group harmony and identity, how co-workers balance formal working relationships with personal bonds, and how personal development differs between Japan and the West.
Perhaps my only struggle was hearing how hard it was for the author to find a date in Japan. Japan is legendary for English teachers "punching above their weight" and finding girlfriend's well out of their league in the US. But perhaps the book would have lost it's tone and cultural insights if it degenerated into a story of how many girls the author picked up.
The book has held up remarkably over the past 10 years. Despite the bursting of the Japanese bubble, the cultural lessons ring true today. I recommend the book to anyone interested in Japan, independent of occupation.
Read more
4 people found this helpful
Helpful
Report abuse

RYCJ
VINE VOICE
5.0 out of 5 stars Inside the Heart of Learning
Reviewed in the United States on May 8, 2011
Verified Purchase
Bruce Feiler's cultural `adventure', teaching young students in Japan, starts out with a really good laugh as he gets his first lesson on customs; learning to bathe! Truly comedic, though the humor early on bothered me. And sure enough, I eventually learned why.

As it happens to be, Learning to Bow is a deeply rooted custom that demands the `utmost' respect, where humor interferes. I wasn't able to grasp the full understanding of what I was feeling until the near end of the book when the graduating children began practicing the bow to perfection. As Feiler too observes, learning to bow is "far more than a mere social greeting: it is the prime ingredient in the syntax of Japanese life."

Awareness increased, I truly enjoyed this book. Feiler does a fine job presenting a clear picture of his experiences; from the bath to the cast, to the detailed discipline students receive, to the iron watch of their mothers, and how the students received his visit. I did observe however, how similar the fundamental `undercarriage' of Japanese values as it pertains to stressing a higher education, are to customs in America. True, the methods employed to teach children differ, but hovering pressures on stressing education and continuing on to college and beyond are similar. My favorite treats where I enjoyed the deepest laugh was coming by the question on naming the real estate company... `Up River, was it!?!' Too funny. And without a shred of doubt it took a lot to get up off the floor after reading Sato and Ishikawa's expose on `the way of love'. Absolutely a keepsake. The `Team Teaching' plan I thought, too, was a nice touch-up. Just an overall very interesting read Learning to Bow is. The title speaks volumes!
Read more
One person found this helpful
Helpful
Report abuse

pjf
3.0 out of 5 stars A little dry and dated, but a good readable effort of an American teacher's year in 80s Japan
Reviewed in the United States on February 10, 2015
Verified Purchase
While I generally enjoyed this book, and found it a quick read, the more I read, the more I was conscious of how dated it was. Glancing through the reviews, I note that I'm not the only reader with that impression. I really think the kindle edition should have been updated. For those wanting something more recent, I found "For Fukui's Sake, Two Years in Rural Japan", while not a perfect book, a more updated version of the foreign teacher in rural Japan experience.

This book does well enough when it concentrates on the author's experiences, both as a teacher and as to his personal adventures in Japan - though they're fairly prosaic. Where it falls down is where the author digresses into philosophical analysis, comparing his experiences with Japanese sociology. For one thing I didn't consider that necessary. I suspect like most readers, I took up the book for its description of teaching a year in Japan. The attempt to relate these experiences with dry sociological theory of Japanese culture, seemed a glib and an unconvincing reach. I would rather the author kept the focus on his own experiences. Let the reader draw their own conclusions.

Oddly enough, just like "For Fukui's Sake", there's a lot more about the teacher's life with his colleagues and his personal life, than a discussion of his classes, students and his teaching. Which I found disappointing. Not that there isn't some. But it was definitely 2nd or 3rd priority.

There's an obligatory account of a climb up Fuji common to nearly all accounts of foreigners in Japan. And a lot of accounts of apparently mandatory drinking and karaoke parties. There were some interesting details on the Fuji climb I had not read in other accounts. As for the drinking/etc parties, I understand they're pretty much required, but they seem as boring to read as to attend. I was okay with the first few, after that, I wish more book space had been spent on something new than a rehash of yet another one. And be aware, this is very much a male view. Women may be teachers in Japan, but in this account, they are few and rare. Most women described are tea ladies and secretaries and mothers get a hard press in Japan, made out to be scholastic heavies demanding kids study to exhaustion. . It lends a very one sided view of the experience. As for the students themselves, their labors are daunting. Interestingly, once they reach college, they are reported to go completely off the rails and just party - perhaps evidence that given they aren't allowed to make choices up to that point, having everything dictated to them on the most minute level, once they escape that supervision, they don't know how to self regulate.

Bottom line, if you can only read one 'Japanese teacher in Japan experience', I'd look for something more recent, and frankly, more fun. You can impart the sociology and cultural aspects without the lectures this book intones. OTOH, if you are interested in accounts from this period, then this is readable enough. I was somewhat disappointed in it, for the reasons above, but it was a fast read, and I got something out of it. I just think it could have been better presented.
Read more
3 people found this helpful
Helpful
Report abuse
See all reviews

middleC
2.0 out of 5 stars Nothing special
Reviewed in the United Kingdom on July 7, 2013
Verified Purchase
Tired and self-important, as another reviewer has mentioned. Little insight, originality or humour. Strongly recommend Hokkaido Highway Blues as a much better ex-Jet alternative.
Read more
Report abuse

aarushi
5.0 out of 5 stars Quite readable and informative if you're pursuing education in Japan
Reviewed in India on October 17, 2017
Verified Purchase
If you're looking for educational pursuits in Japan, then this book is a must read . The author having taught in Japanese schools gives an intimate account of life as a student/educationist in Japan. Quite readable.
Read more
Report abuse

Tom8osauce
3.0 out of 5 stars OK
Reviewed in Canada on April 10, 2017
Verified Purchase
It's an alright book with anecdotes about what it was like for this teacher to travel to Japan.
Read more
Report abuse

Step
5.0 out of 5 stars Recommend 100%
Reviewed in Canada on May 9, 2014
Verified Purchase
Excellent book that gives you special insights on the education system in Japan, the Japanese customs and culture. Recommend for those who fall asleep reading a travel guide and want something more exciting.
Read more
Report abuse

Page 1 of 1 Start overPage 1 of 1
Previous page
Next page
Pages with related products. See and discover other items: japanese learning
Back to top
Get to Know Us
Make Money with Us
Amazon Payment Products
Let Us Help You
EnglishChoose a language for shopping. United StatesChoose a country/region for shopping.
© 1996-2021, Amazon.com, Inc. or its affiliates