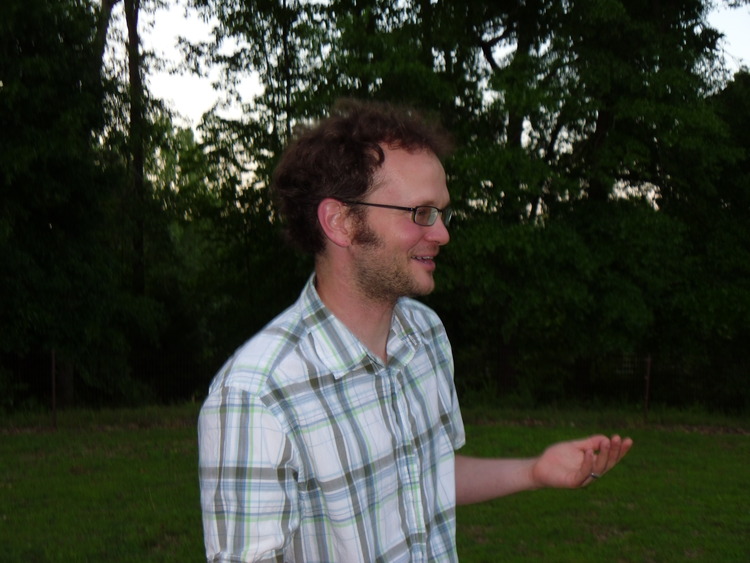 by Kevin Waltman (Author)
4.0 out of 5 stars 3 ratings
See all formats and editions Hide other formats and editions
Read more Read less
Inspire a love of reading with Prime Book Box for Kids
Discover delightful children's books with Prime Book Box, a subscription that delivers new books every 1, 2, or 3 months — new customers receive 15% off your first box. Learn more.
click to open popover

SLJ 12/1/05
WALTMAN, Kevin. Learning the Game. 217p. Scholastic. 2005. Tr $16.95. ISBN 0-439-73109-7. LC number unavailable.
Gr 8 Up–Nate's brother, Marvin, accidentally shot his friend five years ago. This chance event sends him away from home and down the road of drugs and crime, leaving his wealthy parents in a fog of denial. Nate's goal is snagging the final starting spot on the varsity basketball team, and he practices every day on a court outside a local fraternity house. One thing leads to another and Nate finds himself following some of his teammates into the house, stealing whatever they can and rationalizing that the wealthy fraternity boys will not miss a few electronics. As Nate struggles with his conscience, he learns about how a chance decision can make or break someone's life. Does he confess to his coach and risk incriminating the entire team? Does he follow his girlfriend's advice and protect his image? Does he seek out Marvin and try to learn from his mistakes? Readers picking up the book for sports action will not be disappointed, but they will also find themselves relating to and intrigued by Nate and the tough choices he is forced to make. Conflict ranges from external as players compete for time on the varsity team, to internal as Nate must decide between right and wrong and chance versus choice. Teenagers will relate to these well-developed characters who make poor decisions and are then left to struggle with the consequences.–Julie Webb, Shelby County High School, Shelbyville, KY

Kliatt
Claire Rosser (KLIATT Review, July 2005 (Vol. 39, No. 4))
Waltman, the author of a similar YA novel, Nowhere Fast, knows how to get at the heart of an adolescent boy, especially one unsure of who he is. The protagonist is Nate, who lives a comfortable life in the best section of a small town in Indiana; he is the younger brother of Marvin, whose life appears to be in ruin after an accident with a gun. Marvin knows when Nate is involved with his basketball team in a burglary at a local frat house, and he helps Nate figure out what to do in the aftermath. Basketball is Nate's passion, and he has worked so hard to be part of the varsity team, he doesn't seem able to say no to the team bad boy who urges the robbery. The heroic figure is Jackson, the only black member of the team, who refuses to go along with the robbery and talks sense to Nate. Nate's snobbish father figures that Jackson, because he IS black, must have been in on the robbery. Another main figure is Lorrie, Nate's girlfriend, who also is a dedicated basketball player. Lorrie's advice to Nate, when he tells her the truth, is that he should never admit his guilt--so he is torn apart by conflicting opinions and must search inside himself for the solution. In doing so, he understands things about himself that will change him forever. For a sports book, there are a lot of words about feelings and thoughts; but there are also many passages of sports action that will satisfy those who like basketball. Most athletes will understand the pull of teammates and the lure of belonging to a team, which would make most of us weak enough to go along with the group even if the group is not doing what's right. And then lying to protect teammates, to keep a team together--we all understand how that would happen. This is a book that has appeal for all YAs. There are some instances of the F word, but nothing that would shock any YA at all. Category: Hardcover Fiction. KLIATT Codes: JS--Recommended for junior and senior high school students. 2005, Scholastic, 217p., $16.95. Ages 12 to 18.

Kevin Waltman was born in Bedford, Pennsylvania, but spent an extended adolescence in various locations throughout Indiana. After coming to the painful realization that he would never become starting point guard for the Indiana Pacers, he moved to Tuscaloosa to pursue a degree in creative writing at the University of Alabama, where he finished his first PUSH novel, Nowhere Fast.

Teen Reads
4.0 out of 5 stars An absorbing novel about a young man's struggle with peer pressure
Reviewed in the United States on August 11, 2005
Sixteen-year-old Nate practically lives, eats, and breathes basketball. He spends most of his free time shooting hoops and trying to improve his game, in hopes that the coach will give him a starting position when the season begins.

During the summer Nate and his teammates practice at the nearby frat house's empty basketball court. Branson, a braggart and a bully, decides to break into the empty frat house, and he talks the team into joining him. Branson even convinces the others to help him load up his old van with electronics, clothes, and other items from the house. The boys basically strip the house of anything valuable that can later be sold, and Nate helps load the van. Only one player, Jackson, walks away in disgust, wanting nothing to do with the robbery.

Because Nate's older brother Marvin, no stranger to the local police, lives near the frat house, he becomes a suspect in the robbery. The team has an unspoken pact. Cheneyville is a small town, and soon rumors start swirling around the team since they practice at the frat's court. When questioned by school authorities, to a man, the team denies any involvement in the robbery.

Still, the pressure is really on. Nate's parents are suspicious. Lorrie, Nate's girlfriend, begs him to remain silent about the robbery, but Nate's conscience is bothering him. He and Jackson are good friends. Nate knows he let Jackson down, and Jackson doesn't appreciate having to lie for the team. Marvin tries to keep the police at bay while encouraging Nate to come forward with the truth and deal with whatever happens.

Nate is very confused and frightened. If he confesses he will be in big trouble at home, at school, and with Lorrie. He knows his confession will implicate the team and that the team will turn on him. He will lose his friends, his place on the team, and the respect of his parents. There will be punishment of some sort, and the basketball season will be over for him. If he remains silent, though, it surely will force Marvin to leave town.

Kevin Waltman has done an excellent job of inviting the reader directly into the center of Nate's dilemma. Sometimes the reader empathizes with Nate's predicament. Other times, the reader wants to shake Nate out of his self-absorption. Always, though, the reader keeps turning the page to see what happens next.

Matt Reinig
4.0 out of 5 stars FELT the experience of reading a basketball story
Reviewed in the United States on December 26, 2015
Kevin's choice of words and the illustrative and easily understood descriptions to convey various occurrences throughout the book was very much enjoyable. I felt like I experienced playing basketball once again in high school after reading this good. His writing about the game of basketball was inspiring and made me FEEL the experience of playing basketball as described in the book.

The storyline itself was straight to the point and some interesting twists arise. Assumptions that were made earlier in the novel were thrown out the window, reminding the readers to maintain an objective viewpoint of each character, of each situation. A story of a team sticking together, of a mistake running it's course until it's flame finally is blown out... A simple, yet important message for all of us to remember: it eventually comes back to you and it eventually eats you up and it's entirely up to US (Nate) to determine his destiny, his path, his "line of shoot", if I daresay.

BgMj
4.0 out of 5 stars Worth a lot more than 25 cents!
Reviewed in the United States on August 1, 2010
I picked this book up for 25 cents at Big Lots. I was pretty sure it wouldn't be very good, but hey, it's a hardcover! I cannot fathom who decided that this book was an overstock, because I really liked it.

Nate is a junior in high school trying for a starting position on the basketball team when Branson, the tough guy on the team, convinces the guys to "liberate" the nearby fraternity of its furnishings. Nate has to deal with the natural consequences of committing a crime. Kevin Waltman writes with a genuine understanding of moral conscience and the effects of community and peer pressure. I really appreciated that Nate was normal - too many novels lately portray adolescents as sexually active, party-going, rude, and constantly pushing boundaries. Waltman recognizes that the majority of teens are still kids, despite the attributes society and media try to give them.

I would have paid full price for this book, and I will highly recommend it to my 9th grade male students - a great read!
Read more
Helpful
Comment Report abuse
See all reviews