Learning Python and millions of other books are available for Amazon Kindle. Learn more
Share <Embed> 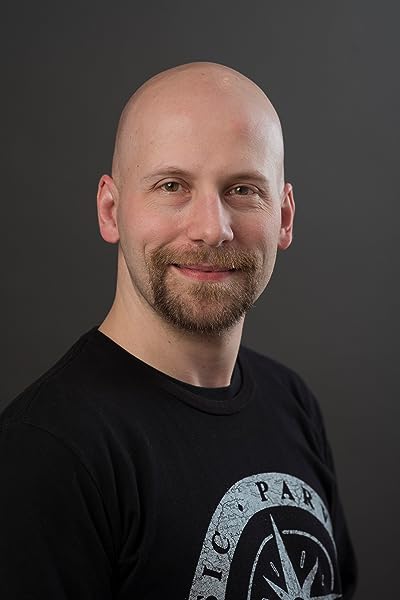 Learning Python: Learn to code like a professional with Python - an open source, versatile, and powerful programming language Paperback – December 24, 2015

Fabrizio Romano was born in Italy in 1975. He holds a master's degree in computer science engineering from the University of Padova. He is also a certified Scrum master. Before Python, he has worked with several other languages, such as C/C++, Java, PHP, and C#. In 2011, he moved to London and started working as a Python developer for Glasses Direct, one of Europe's leading online prescription glasses retailers.

He then worked as a senior Python developer for TBG (now Sprinklr), one of the world's leading companies in social media advertising. At TBG, he and his team collaborated with Facebook and Twitter. They were the first in the world to get access to the Twitter advertising API. He wrote the code that published the first geo-narrowcasted promoted tweet in the world using the API.

He currently works as a team leader for Sohonet Ltd, a company that is raising the bar in technology around media production.

He has delivered talks on Teaching Python and TDD with Python at the last two editions of EuroPython and at Skillsmatter in London.

Start reading Learning Python on your Kindle in under a minute.

4.0 out of 5 stars
4 out of 5
28 global ratings
How are ratings calculated?
To calculate the overall star rating and percentage breakdown by star, we don’t use a simple average. Instead, our system considers things like how recent a review is and if the reviewer bought the item on Amazon. It also analyzes reviews to verify trustworthiness.
Top reviews

Amazon Customer
4.0 out of 5 stars Does the job
Reviewed in the United States on May 10, 2018
Verified Purchase
Good book
Read more
Helpful
Report abuse

Bill Thomson
4.0 out of 5 stars Very promising book on Python
Reviewed in the United States on July 19, 2016
Verified Purchase
The book looks very promising but I ran into problems early on that I have been unable to work through yet. The book assumes that you have a working version of Python on your computer and it assumes that you have a certain set of libraries preloaded. My computer has both Python V2 and V3 loaded but there is a problem with the Python package manager which has been loaded. This is keeping me from adding the special libraries needed to follow the book. I expect that I will be able to work out the problems but it would have been easier if the book included the steps to do the initial load and configuration of Python instead of expecting it is already available.
Read more
One person found this helpful
Helpful
Report abuse

Brian Xee
5.0 out of 5 stars BUY IT NOW!
Reviewed in the United States on June 25, 2016
Verified Purchase
I bought this for my 9 year old son who loves programming in Python, scratch and plotagon. This book has been great to take him step-by step. We installed Anaconda 4.0 so he doesnt always have to spend his time searching and installing things. Python 3.5 is loaded with Anaconda. Right away he got the book and started writing programs. I also liked this book was 400+ pages to keep him busy.. I am searching for the next book to buy him, maybe python machine language book. Suggestions welcome for what book I should buy for him after he completes this one. I should also mention that the programs he is writing with this book are not nonsense programs, they are extremly useful and directly related to programming. I read another review about the 1000+ python learning book which is also on my list for him.
Read more
One person found this helpful
Helpful
Report abuse

Bronislaw
4.0 out of 5 stars Four Stars
Reviewed in the United States on August 15, 2016
Verified Purchase
Intuitive, quick, to the point.
At times, "intuitive" gets too much "non-structured", thus a bit difficult to follow.
Read more
Helpful
Report abuse

Chris F
2.0 out of 5 stars No section on file I/O
Reviewed in the United States on October 17, 2017
Verified Purchase
One of the fundamental topics of programming, especially a scripting language like Python, is file I/O - how to read a file, substitute text, substitute a line, how to read a directory tree, etc. This book does NOT have it. Because of this I returned it.

macieksobczak
5.0 out of 5 stars The best educational python book so far
Reviewed in the United States on February 15, 2016
I'm very passionate about the educational aspects of programming and because of that I got interested in Learning Python by Fabrizio Romano. For a long time I was looking for a single book which could fulfil the following requirements:

- introduce programming concepts in a very clear but not too simple way so that the reader would feel that his time spent with the material is highly optimized and there are no over-explained ideas
- focus on the practical aspects therefore showing how really a given language is used (by really of course I mean professionally) and not merely being a reference to the whole richness of modern programming languages. The reference type of books are in my opinion very harmful since way too often they are leaving the reader with enormous set of possible permutations of language constructs that ultimately make the user more lost than before reading the book.
- showing that programming is highly creative and collaborative activity.

Fulfilling all above conditions requires from the author an incredible sense of balance and deep understanding of readers mind, skills and motivation and in my opinion the author of Learning Python achieved that.

I'm quite an advanced Python developer with few years of professional experience and initially I was only planning to read few chapters (advance ones) of Learning Python but because of some intuition I started to read from the first chapter and after few minutes I was hooked! I loved it! Here are some of things I've noted down while reading the book:

- the author used very light conversational style which makes the text very easy to read and follow
- the idea of using inline comments in the code snippets making them a natural almost organic continuation of the main text is ingenious!
- incredible amount of side threads that introduce certain concepts which will be fully outlined later in book but enable one to start becoming comfortable with way earlier.
- chapters are organized in a brilliant fashion not using some artificial and highly theoretical categorisation but rather the practicality and intuition.
- projects (especially the one in last chapter) are highly practical and could be easily used in real world products.

I think that the best way to describe Learning Python is to compare it to a very good book for studying one of the foreign languages, a book which does not focus on every single aspect of a language by overflowing the reader with tables of grammar rules, declinations and super boring and useless examples but rather showing beauty, richness, smartness and adaptivity of certain ideas and concepts making the language alive and such a powerful tool to communicate, create poetry and literally construct any yet unthinkable thoughts.

Quite accidentally while reading Learning Python I've found a quote by Antoine de Saint-Exupéry which in a prefect way describes what I really tried to convey above:

```
If you want to build a ship, don't drum up people to collect wood and don't assign them tasks and work, but rather teach them to long for the endless immensity of the sea
```

And without any doubts Fabrizio Romano and his Learning Python taught me how to long for the endless immensity and richness of the world of Python.
Read more
14 people found this helpful
Helpful
Report abuse
See all reviews

Jude C U
4.0 out of 5 stars Great book
Reviewed in the United Kingdom on June 2, 2018
Verified Purchase
Great book. Not suitable for absolute beginners though. I would recommend some other introductory title like “Python programming: an introduction to computer sciences” by John Zelle. If you have done some programming before and you are completely new to Python - then I would recommend this book.
Read more
6 people found this helpful
Report abuse

Axel NIelsen
5.0 out of 5 stars Five Stars
Reviewed in the United Kingdom on March 7, 2018
Verified Purchase
Still learning - Still enjoying!
Read more
Report abuse
See all reviews
Pages with related products. See and discover other items: python project, python projects, software quality assurance
Back to top
Get to Know Us
Make Money with Us
Amazon Payment Products
Let Us Help You
EnglishChoose a language for shopping. United StatesChoose a country/region for shopping.
© 1996-2021, Amazon.com, Inc. or its affiliates