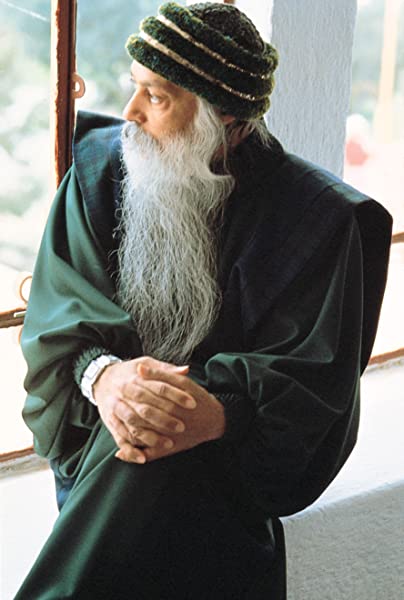 Learning to Silence the Mind: Wellness Through Meditation Paperback – August 21, 2012

by Osho (Author)
4.5 out of 5 stars 818 ratings
See all formats and editions
Sorry, there was a problem loading this page. Try again.

One of the twentieth century’s greatest spiritual teachers will show you how to quiet your constant, worrying thoughts in Learning to Silence the Mind: Wellness Through Meditation.

The mind, says Osho, has the potential to be enormously creative in dealing with the challenges of everyday life, and the problems of the world in which we live. The difficulty, however, is that instead of using the mind as a helpful servant we have largely allowed it to become the master of our lives. Its ambitions, belief systems, and interpretations rule our days and our nights―bringing us into conflict with minds that are different from ours, keeping us awake at night rehashing those conflicts or planning the conflicts of tomorrow, and disturbing our sleep and our dreams.

If only there was a way to switch it off and give it a rest! Finding the switch that can silence the mind―not by force or performing some exotic ritual, but through understanding, watchfulness, and a healthy sense of humor―is meditation. A sharper, more relaxed and creative mind―one that can function at the peak of its unique intelligence―is the potential.

The book includes a link to tutorials on OSHO Nadabrahma Meditation.

Osho challenges readers to examine and break free of the conditioned belief systems and prejudices that limit their capacity to enjoy life in all its richness. He has been described by the Sunday Times of London as one of the “1000 Makers of the 20th Century” and by Sunday Mid-Day (India) as one of the ten people―along with Gandhi, Nehru, and Buddha―who have changed the destiny of India. Since his death in 1990, the influence of his teachings continues to expand, reaching seekers of all ages in virtually every country of the world.

Osho is one of the most provocative and inspiring spiritual teachers of the twentieth century. Known for his revolutionary contribution to the science of inner transformation, the influence of his teachings continues to grow, reaching seekers of all ages in virtually every country of the world. He is the author of many books, including Love, Freedom, Aloneness; The Book of Secrets; and Innocence, Knowledge, and Wonder.

Learning to Silence the Mind


Continues...
Excerpted from Learning to Silence the Mind by Osho Copyright © 2012 by Osho. Excerpted by permission.
All rights reserved. No part of this excerpt may be reproduced or reprinted without permission in writing from the publisher.
Excerpts are provided by Dial-A-Book Inc. solely for the personal use of visitors to this web site.

Osho, known for his revolutionary contribution to the science of inner transformation, continues to inspire millions of people worldwide in their search to define a new approach to individual spirituality that is self-directed and responsive to the everyday challenges of contemporary life. The Sunday Times of London named him one of the '1,000 Makers of the Twentieth Century,' and novelist Tom Robbins called him 'the most dangerous man since Jesus Christ.' For more information about Osho and his work, please visit osho.com.

Osho's teachings defy categorization, covering everything from the individual quest for meaning to the most urgent social and political issues facing individuals and society today.

His unique "Osho Active Meditations" are designed to first release the accumulated stresses of body and mind, so that it is easier to experience the thought-free and relaxed state of meditation. (Meditation -The First and Last Freedom, by Osho)

About his own work Osho has said that he is helping to create the conditions for the birth of a new kind of human being. He has often characterized this new human being as "Zorba the Buddha" -- capable both of enjoying the earthy pleasures of a Zorba the Greek and the silent serenity of a Gautam Buddha.

Running like a thread through all aspects of Osho's work is a vision that encompasses both the timeless wisdom of the East and the highest potential of Western science and technology.

Osho has been described by the Sunday Times in London as one of the "1000 Makers of the 20th Century" and by American author Tom Robbins as "the most dangerous man since Jesus Christ."

E747TX
3.0 out of 5 stars Good, but not the best of Osho
Reviewed in the United States 🇺🇸 on September 12, 2013
Verified Purchase
You can't teach meditation. That's the basics of this book.
Meditation is not something that you can learn from a book or copying another person.
In fact you don't need to be in a quiet place surrounded by candles and incense.
Meditation is about quieting the mind, stop thinking, stop rushing with your thoughts and desires. According to
Osho, meditation is not something that you can teach, simply because meditation is in everyone of us, but we need to stop using or minds so much and we need to look inside and listening to our bodies.
And this book is about that.
Read more
5 people found this helpful
Helpful
Report abuse

grace v. nunez
4.0 out of 5 stars Body and mind
Reviewed in the United States 🇺🇸 on November 12, 2015
Verified Purchase
I purchased for a friend who is way over his head but doesn't see it. He called me and thanked me. I want to read it too but I haven't finished the ones I purchased for myself
Read more
One person found this helpful
Helpful
Report abuse

Amazon Customer
4.0 out of 5 stars Mind and Meditation
Reviewed in the United States 🇺🇸 on November 15, 2013
Verified Purchase
The right person who can talk about mind

salil
5.0 out of 5 stars Great read!!!
Reviewed in the United States 🇺🇸 on March 12, 2017
Verified Purchase
What can I say about Master himself..this book is life changer for sure. Thanks a million MASTER for every thing
Read more
One person found this helpful
Helpful
Report abuse

Soumya ranjan satpathy
4.0 out of 5 stars Best book on meditation, just awsome
Reviewed in India 🇮🇳 on August 25, 2020
Verified Purchase
Meditation or Dhyna is the act of doing nothing. Not with your body or mind. Where the mind ends , meditation begins.
Meditation is not an activity, whatever mind does, it can not be meditation. It is the concious of your being.
If you think I am not the doer of any activity like walking ,sleeping eating etc. but a watcher ot just witnessing everyting, then it will enable you to be concious of your being. It is only a 179 pages book, cost is very high rs360. That is why given 4 rating.
But it is very useful book.
Read more
14 people found this helpful
Report abuse

milly
5.0 out of 5 stars Five Stars
Reviewed in the United Kingdom 🇬🇧 on June 28, 2017
Verified Purchase
Wonderful book transcribed from the discourses of Osho, this is one of my favourites.
Read more
Report abuse