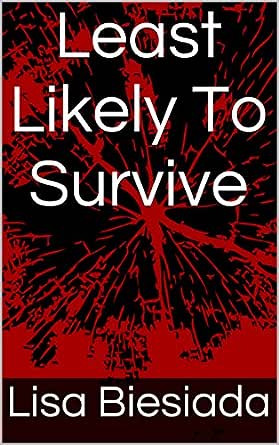 You've subscribed to This is the End! We will preorder your items within 24 hours of when they become available. When new books are released, we'll charge your default payment method for the lowest price available during the pre-order period.
Update your device or payment method, cancel individual pre-orders or your subscription at
Your Memberships & Subscriptions
There was an error. We were unable to process your subscription due to an error. Please refresh and try again. 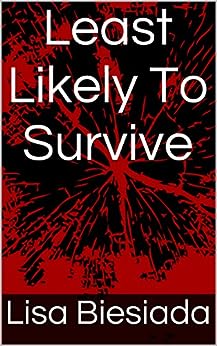 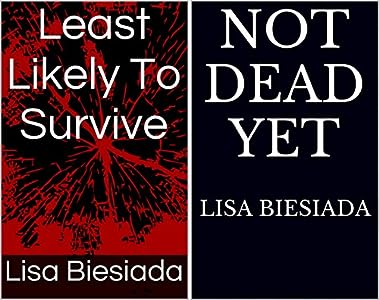 4.3 out of 5 stars
4.3 out of 5
137 global ratings
How are ratings calculated?
To calculate the overall star rating and percentage breakdown by star, we don’t use a simple average. Instead, our system considers things like how recent a review is and if the reviewer bought the item on Amazon. It also analyzes reviews to verify trustworthiness.
Top reviews

RP~ZAreviewr
5.0 out of 5 stars Great Zombie Lit!
Reviewed in the United States on March 19, 2015
Verified Purchase
4.5 stars. This is an awesome zompocalyptic read. The main character got me going. I was quickly invested in this self-deprecating, tough-gal with the hilarious internal dialogue and bad habits. In a classic theme of the genre she is a bit of a disaffected loner who you can tell is going to blossom in the midst of the end of the world. We meet her as she is leaving the remains of her dead-end life behind to seek safe haven out there somewhere - after the zombie plague has made her dead-end life even deader. Sure enough, in the world of the walking dead she finds new life as she makes new human connections that are strengthened by facing the horrors of the zombie apocalypse with her chance-found companions. We humans do tend to cling together when exposed to extremes of stress... And the intestine-craving undead are pretty extreme, no?

There is a lot to love in this novel. The pacing moves at that overclocked, zombie-plot speed that makes a book hard to look up from. A LOT happens in a couple of days, so much that it seems like weeks. As the story progresses the author reveals the edges of the hidden, sinister truth about the cause of the fall of civilization. This opens up the scope and scale, expanding the stage upon which the action is occurring. Throughout it all the characters are engaged in surviving moment to moment and even taking a leak is terrifying.

The characters are cool, and the author keeps showing glimpses of depths that make them human and interesting. There is enough revealed that you want to know more, and the writing never drifts into the exposition that marks a lot of indie authors' early efforts. Our author gets the "show, don't tell" dictum. Is this really her first novel?

The interactions between characters are intriguing. These people, who would never have spoken before the fall of the world, are now sharing a tooth brush and sleeping in a car together on the road trip through hell. (Again, a classic zompocalyptic element - the loss of social barriers, not sharing a tooth brush.)

One of the things I really enjoyed in this narrative was the lust. There are a lot of asexual female characters out there, (many are "a-sexual" even when they aren't "a-romantic") and the humorous, down-to-earth way the character deals with her sexual side was fantastic. In the midst of the way-out circumstances, that somehow grounded the story.

Where this novel lost 1/2 a star for me was the handling of firearms. While some video games teach you about sight picture - and there are some in which breathing is a accounted for- there is a lot that goes into shooting that you just don't get until you put in some time actually firing a rifle or pistol. There were some significant inconsistencies regarding the heroine's proficiencies. Maybe the character is a natural, but the idea that she would be able to pick up an assault rifle - cold - and standing, unsupported, confidently nail a long shot that would impress a Sergeant in the Marine Corps.... That sort of thing took me out of the moment a few times.

In the end this was a great zombie novel that I did not want to end. I immediately went looking for other books by the author.... No joy. Damn. Here is my bottom line: this is an author to watch if you like zombies. I am going to be pumped if I see a sequel show up on Amazon. If you are a zombie fan I think you will enjoy this one!

Ozmatoo
5.0 out of 5 stars This one's a Keeper.
Reviewed in the United States on March 23, 2015
Verified Purchase
Who says you can't have fun reading a zombie apocalypse book? The author writes a tightly held together tale, narrated by the main character, Angie, who (for once) is not a gorgeous "babe". But she is a crack shot when it comes to zombie killing, has a lot of common sense, and likes some weed now and then. She meets up with 3 people along the way to her ideal safe haven, and ends up liking them, even though she is a tiny bit anti-social. Angie been a loner for some time, and is set in her ways, but her sense of humor is very endearing. The zombies are not too intense, but are appropriately disgusting -- and fast. I found the author's style and plot to be strong, and the characters are well crafted. I'm getting a little fatigued by zombie stories that are so intense, it's hard not to feel depressed. This book offset the required intensity with some healthy humor. It's a keeper.
Read more
6 people found this helpful
Helpful
Comment Report abuse

Kindle Customer
5.0 out of 5 stars I CANNOT RECOMMEND THIS HIGHLY ENOUGH. GREAT CHARACTERS, WRITING AND ACTION!
Reviewed in the United States on October 5, 2016
Verified Purchase
This is one of the best and one of my favorite books that I have read. The story and the characters stand with any I have encountered before, whether from self-published authors and even authors like Stephen King and Dean Koontz. I just wish the book was as long as a Stephen King book! I love the characters, especially the main female character. She is memorable and you will never forget her. The characters personalities are added to as the book progresses. There is great character development, you really get to know the characters, and see how their personalities and values change due to circumstances they find themselves in. The author has done an outstanding job on her first book, which is available free with Kindle Unlimited, and is well worth the purchase price, which is very low. That's a great way for an author to introduce her first book, but it is worth far more than she charges for it. The action in this book is non-stop. I can't say much more about it without giving away spoilers. Basically, a single woman exactingly plans to flee her apartment during the zombie apocalypse and encounters situations that force her to go beyond her somewhat poor self image and defend herself until she becomes a verified warrior. Along the way she encounters a handsome man and several children and a dog, who are all friendly. Then they encounter some truly evil people and have to extract themselves from a harrowing situation. This is the author's first book and I highly recommend you donate to her Go Fund Me account so she can continue to write such great fiction!
Read more
One person found this helpful
Helpful
Comment Report abuse
See all reviews

Kindle Customer
2.0 out of 5 stars A mixed bag
Reviewed in the United Kingdom on January 8, 2016
Verified Purchase
This started out well and enjoyed it up until the midway point and then things became a little disturbing - and not in a good and entertaining way.

SPOILER ALERT: Towards the end of the book there is a graphic rape scene which is completely unnecessary in the story progression (the savage beating was surely more than enough to make the point). Given that this book had been, until that point, a humorous 'romp', the insertion of a serious subject was gratuitous and made for uncomfortable reading.

But, there were several pages detailing her drug induced 'trip' that I felt was just padding really and added nothing to the story.

Would definitely read a second book if there was one.
Read more
Report abuse

Austin
5.0 out of 5 stars Hurry up
Reviewed in the United Kingdom on May 27, 2015
Verified Purchase
At first I hated this book, but the characters just grew on me, as indeed did the plot. More than a bloody Zombie kill count, nice characters, good plot line and a very engaging story. The only bummer is waiting on the next book.
Read more
Report abuse

Lorna Finegan
4.0 out of 5 stars Good start
Reviewed in the United Kingdom on April 17, 2015
Verified Purchase
I did enjoy this book and it would have been a 5* except I felt it was a little forced in places. That said the story is good, refreshing having a female lead, and I think it's gearing up to be a good series. I will definitely be getting no. 2 when it's out.
Read more
Report abuse

Pondy
1.0 out of 5 stars Not for me
Reviewed in the United Kingdom on April 16, 2015
Verified Purchase
This is one of the few books on my kindle that I could not finish as I really could not get into the story. Sorry. I found it boring and gave up! I had downloaded it as I had read the excellent reviews but this book was not for me.
Read more
Report abuse
See all reviews