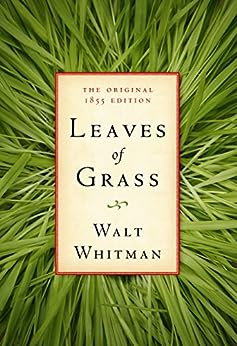 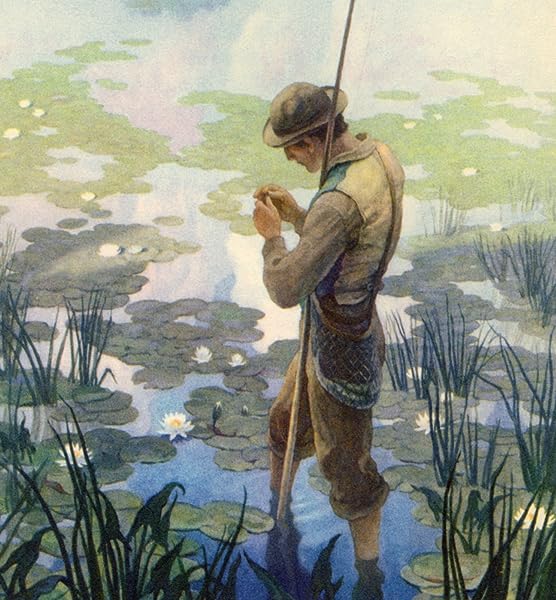 4.7 out of 5 stars
4.7 out of 5
437 global ratings
How are ratings calculated?
To calculate the overall star rating and percentage breakdown by star, we don’t use a simple average. Instead, our system considers things like how recent a review is and if the reviewer bought the item on Amazon. It also analyzes reviews to verify trustworthiness.
Top reviews

Pseudo D
4.0 out of 5 stars multitudes
Reviewed in the United States on February 7, 2020
Verified Purchase
I may have read a few of Whitman's poems in my junior year of high school, but I had no idea
that this collection was so extensive. I enjoyed it and didn't want to read it too fast like I usually
do, but it's just plain LONG. I was also somehow unaware that this is rated R even by today's
standards, but the sections in question are rather brief.

So love, romantic love, is a topic of these reflections. But it's just one. He looks at all the important
things. Philosophy. Religion. All of them. He writes to Jesus and understands him in his humanity,
even if he has a hard time with his followers. Death. Nature. War, specifically the Civil War. For Whitman,
God is everywhere, and perhaps there is a pantheist view that God is everything. The beauty of everything
in our world is shown in an amazing way.

Although Whitman is familiar with cultures all around the world, he keeps coming back to America
and shows our greatness. There's a patriotism and a pride in both the people and the land. The
newness of America shows the strengths of both the Old and the New world. A lot of the issues
that we face today were also the questions of America in the 19th century. Immigration. Different
cultures, black, Indian. Whitman loves and seems to know all the states, all the regions, but keeps
coming to Manhattan and Long Island. Since 2001 we've really reflected on the symbolism of
Manhattan, but it goes way back to the 1800s when Whitman was writing. One state cannot
dominate another because each state has its importance. This sense seems to be lost with the
attacks today on the electoral college and the Senate, for instance by Ezra Klein of Vox. My state
of New York and that of California could overwhelm smaller states like Vermont or, in population,
Wyoming. We are a union not just of individuals but of the states. Manhattan is great, but the
relationship between the city and the upstate wilderness of the Adirondacks is difficult, because
people here have to live their lives too and do something for a living, even if environmentalists
from the city don't like it. Just ask Shania Twain, who had to move.

Poets since then don't seem to do much rhyming, and Whitman apparently is responsible for that.
But he did what he did well, he knew he was good, and I found it pleasant to the ear. His famous
line "I contain multitudes" was used by Peggy Noonan about Newt Gingrich in 2011. He was the
first presidential candidate "about whom there is too much information", but certainly not the
last!

William C
2.0 out of 5 stars Poor Print Quality
Reviewed in the United States on June 6, 2020
Verified Purchase
The content of the book is excellent, but the print quality of this edition is very poor and hard on the eyes.
Read more
5 people found this helpful
Helpful
Report abuse

T. Paul
4.0 out of 5 stars Inspiring & challenging
Reviewed in the United States on August 30, 2018
Verified Purchase
I had to adjust my thinking and reading style in order to appreciate what the author was saying. I am inspired by the vision of Walt Whitman and how his words are still relevant in today's world.
Read more
4 people found this helpful
Helpful
Report abuse

Orlando
5.0 out of 5 stars Therapy for any and all weeping souls.
Reviewed in the United States on August 16, 2020
Verified Purchase
Life changing masterpiece work of art for all souls dead or alive. I am about to start reading it "again" from page one as if it were the first time again! It changed my perspective on the way I see life forever.
Read more
2 people found this helpful
Helpful
Report abuse

Olivertea
5.0 out of 5 stars Wisdom of a Visionary
Reviewed in the United States on March 16, 2019
Verified Purchase
Walt Whitman to my mind can be considered the most creative and perceptive poet who sees beyond the law of nature and humanity and presents us the most uplifting concise words to feel and to learn the meaning of life.
Read more
3 people found this helpful
Helpful
Report abuse

J. Robinson
5.0 out of 5 stars Five Stars
Reviewed in the United States on August 8, 2018
Verified Purchase
The classic that I never tire of reading. I always find new insights. What a gem!
Read more
2 people found this helpful
Helpful
Report abuse

Jose Davila
4.0 out of 5 stars The most important is a lot of things but the writing poems have an orches3.
Reviewed in the United States on April 1, 2021
Verified Purchase
I know this product because a documentary of the book was show in T.V.
Read more
Helpful
Report abuse
See all reviews

Amazon Customer
4.0 out of 5 stars I’m not sure, just enjoy.
Reviewed in Canada on July 9, 2019
Verified Purchase
I liked the book.
Read more
Report abuse