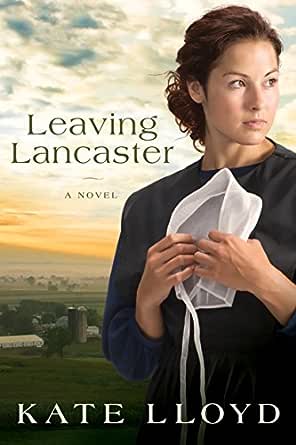 You've subscribed to Legacy of Lancaster Trilogy! We will preorder your items within 24 hours of when they become available. When new books are released, we'll charge your default payment method for the lowest price available during the pre-order period.
Update your device or payment method, cancel individual pre-orders or your subscription at
Your Memberships & Subscriptions
There was an error. We were unable to process your subscription due to an error. Please refresh and try again. 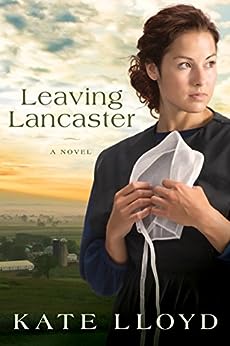 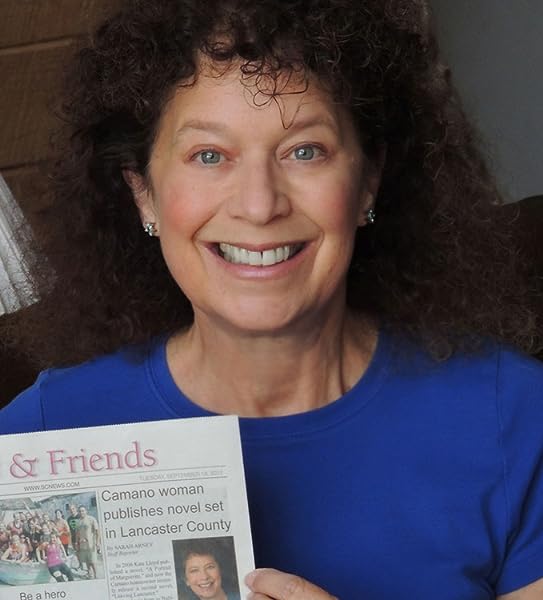 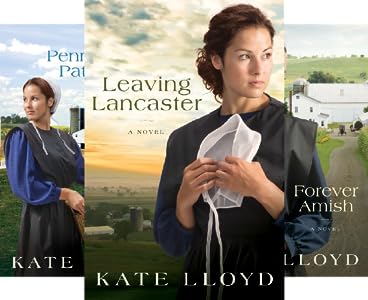 Kate Lloyd is a novelist, a mother of two sons, and a passionate observer of human relationships. A native of Baltimore, Kate spends time with family and friends in Lancaster County, Pennsylvania, the inspiration for Leaving Lancaster. She is a member of the Lancaster County Mennonite Historical Society. Kate and her husband, Noel, live in the Pacific Northwest, the setting for Kate's first novel, A Portrait of Marguerite. Kate studied painting in college. She has worked a variety of jobs, including car salesman and restaurateur, and she raised show-dogs. Find out more about Kate at www.katelloyd.net. --This text refers to an out of print or unavailable edition of this title.

4.4 out of 5 stars
4.4 out of 5
591 global ratings
How are ratings calculated?
To calculate the overall star rating and percentage breakdown by star, we don’t use a simple average. Instead, our system considers things like how recent a review is and if the reviewer bought the item on Amazon. It also analyzes reviews to verify trustworthiness.
Top reviews

GPA9801
3.0 out of 5 stars Too much angst made characters annoying
Reviewed in the United States on June 29, 2020
Verified Purchase
I avoid writing negative reviews, but after wading through this book, I was disappointed by the sudden apparent resolution at the end. First, from a writing aspect, I found the writing of Holly (the daughter) in 1st person, but Esther (the mother) in 3rd person somewhat disjointed. Yes, it made it easier to know that the perspective had changed, but Esther's feelings were made perfectly clear in 3rd person, so I didn't see the need for the constant switch.

Second, 90% of the book focused on Esther's self-centered angst and fears that simply became tiresome to me. Holly wasn't any better and we learned early on that they didn't communicate at all. I wanted to say "get over yourself and get on with it!" Even though I can understand the fear and reluctance to confront what Esther considered her embarrassing past after 38 years, it dragged on too long. I realize that the resolution at the end was just setting up the story lines to continue, but I have no interest in continuing reading about those characters even if redemption is finally in the future. Holly's almost immediate acceptance of the Amish lifestyle was very unrealistic. I'm sure it won't be easy for her in the future, but it was just too sudden for me.

Sorry, but I was disappointed especially after reading all the overwhelming positive reviews. I won't be reading the continuing saga.

Keith Benjamin
5.0 out of 5 stars Heartwarming yet filled with pathos
Reviewed in the United States on March 21, 2017
Verified Purchase
A young woman whose life takes on an unscheduled route, having to negotiate treacherous waters like treading a maelstrom. Conflicting emotions, hurt, anger, all in an unrequited journey of discovery, of finding herself in an Amish community. It is here that she discovers herself, her roots, het true identity.

A fascinating journey which takes the reader through a series of events that bring both happiness and sadness, of discovering truths you may not want to hear, but you must to get to the source of your inner self.

A mother and a daughter have to get to know each other for the first time when they go to an old community, and discover a family that is both hostile and loving.

I enjoyed the character development, of the sadness at the end, but also of the joy that surfaces. The road to discovery is well mapped out, but you cannot use shortcuts to the growth of the characters. They develop at a pace determined by the narrative.

JIL
5.0 out of 5 stars Likeable Characters
Reviewed in the United States on February 21, 2014
Verified Purchase
I suppose this review is in opposition to the review entitled "Unlikeable Characters". I want to applaud Kate Lloyd for portraying the Amish as real people with problems. I'm finding it harder and harder to find good Amish fiction that doesn't have perfect, one-dimensional, "Englisher meets an Amish love and live happily ever after"... Predictable cookie cutter plots are a dime a dozen. Kate's book, Portrait of Marguerite so captivated me with the main character's raw emotions, struggles and journey to healing. Leaving Lancaster is similar, not a regurgitation of the same story only set in the Amish culture, but the main character facing tough issues. I think this is Kate's strength. She can write about women's issues, relevant to today, and we take home a lesson to mull over, or find hope to redeem relationship that need healing.

Kate Lloyd's writing is also exceptional. No clichés but super creative writing. Thanks for another great book, Kate!

Gailirob
5.0 out of 5 stars Disention
Reviewed in the United States on July 22, 2020
Verified Purchase
This is different from most Amish stories. It is not all sweet with the characters being very loving. Yet it reeled me in. I could not put it down and knew I wanted to read the rest of the trilogy. A middle aged woman who left the Amish as a teenager returns with her daughter who she had taught all her relatives were deceased. Instead she finds Grandparents and many other family members. Not all are happy to see her. Plus the family is about to move to Wyoming.
Read more
Helpful
Comment Report abuse

Linda Hrebeniuk
4.0 out of 5 stars Enjoyed this Book.
Reviewed in the United States on June 18, 2018
Verified Purchase
4 star from me! Kate was very much on target regarding the daily thoughts, emotional struggles, and life of not just the Amish, but of all those who embrace the principles of life with our Lord. The book began with a slow start but as I kept reading I began to understand the reason why. I was touched how the life of a young person raised under the strict rules of Amish life would be tempted to leave and experience the grand life outside of the sheltered life, like a bird flying out of the nest. Especially in the 60's. The depiction of Amish life was correct. Now matter how much we try to follow the path of Jesus, we are human, with human feelings. We all will experience anger, hurt, and resentment. We all will at some time in life hurt someone by our unwillingness to forgive. We all are human, and all fall short of the glory of God, there is not one who is without sin except for Jesus Christ. This was,a wonderful book, showing God's mercy and love being poured into the depths of a heart.
Read more
Helpful
Comment Report abuse
See all reviews

Searchfamilies
4.0 out of 5 stars Worth reading
Reviewed in the United Kingdom on June 28, 2014
Verified Purchase
I read this on the Kindle

I really enjoyed the book, but must say wanted to slap the 2 main people who are Esther who left the Amish when she was a teenager & her daughter Holly

turtle
1.0 out of 5 stars A bit far-fetched?
Reviewed in the United Kingdom on May 30, 2015
Verified Purchase
I have been reading a lot of Amish novels over recent weeks and this has not been one of the more enjoyable ones or one of the believable ones. Won't be reading any more in this series, took me to finish this one! I persevered to the end and it was awful. Can't believe a thirty seven year old would speak to her mother like that in front of a roomful of strangers and newly found relatives. Can't believe someone who must be nearly sixty behaving like that. Have not enjoyed this book and cannot recommend it. Won't be reading any more by this author.
Read more
Report abuse

Susie P
4.0 out of 5 stars Different
Reviewed in the United Kingdom on October 4, 2013
Verified Purchase
Although soemwhat exagerrated at times (I refer to the main characters' reactions to various events and moods), this was an easy read, with a storyline rather different from the norm. The insight into the lifestyle of the Amish and Mennonite people was interesting to me at least, but the rather hurried process of deciding to marry people was slightly unlikely! Altogether, a reasonable story, especially as it was free!!
Read more
Report abuse

childish silly daughter, woe-is-me mother. But i liked the remaining characters and the description of Lancaster. The only thing that was odd was the belief that all Mennonites are modern- Not true - the countryside lot are interested n the whole clean living, non-corporate stuff too.
Read more
Report abuse

The Devil in the Dust
5.0 out of 5 stars Leaving Lancaster
Reviewed in the United Kingdom on June 3, 2014
Verified Purchase
A great story which held my attention for hours on end. It was fascinating reading about the Amish people and the various characters . Being a Christian in England It is difficult to imagine this way of life, I loved it.
Read more
Report abuse
See all reviews