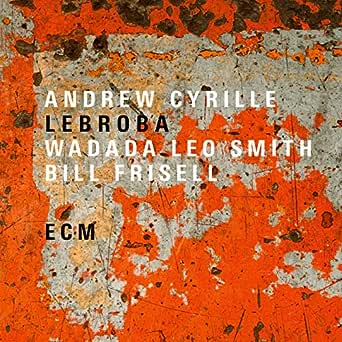 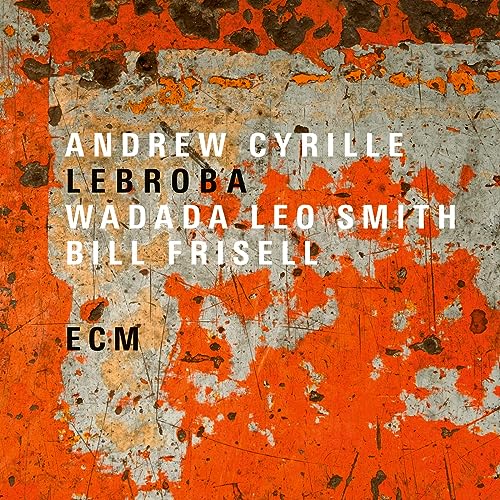 Andrew Cyrille & Wadada Leo Smith & Bill Frisell
4.7 out of 5 stars 52 ratings
See all 3 formats and editions Hide other formats and editions
Buy the CD album for $12.99 and get the MP3 version for FREE.&nbspCD album ships from and sold by Amazon.com. Terms and Conditions. Does not apply to gift orders. Complete your purchase of the CD album to save the MP3 version to your Music Library.

Christopher Condon
5.0 out of 5 stars BEYOND, mere Words
Reviewed in the United States on February 1, 2019
Verified Purchase
Andrew Cyrille is a GIANT, in Music Terms( drumming, ALL of it).Being a DRUMMER & AFTER listening to him for 60 odd years , he is Still Innovatiing, a true Original in a Genre ( trap DRUMMING) that is still EVOLVING .
HIS Ensemble " selections " just always seem to Work.
VIRTUOSITY ? Some things , in life like Beauty / VIRTUOSITY, " are Beyond mere WORDS "!

Amazon Customer
5.0 out of 5 stars supergroup?
Reviewed in the United States on December 30, 2018
Verified Purchase
big names all - but sounds like a BAND - you know - a real UNIT - that hopefully we will hear a lot more from
have purchased at least 100 albums this year and enjoy this one as much as ANY of them
if you know the names involved (Cyrille, Frisell, Smith) this is a must have
Read more
4 people found this helpful
Helpful
Comment Report abuse

Urban Knish
5.0 out of 5 stars Best ECM release for 2018
Reviewed in the United States on December 30, 2018
Verified Purchase
I love the ECM label jazz records. I often make playlists on Spotify with the new releases. This piece was definitely the best of 2018 so i had to buy it. Its old school, yet timeless. Great playing, atmospheric and artistic.
Read more
3 people found this helpful
Helpful
Comment Report abuse

Latif Diop
5.0 out of 5 stars The beautiful sound of the trumpet!
Reviewed in the United States on March 14, 2019
Verified Purchase
Wadada Smith is magnificent throughout the album. He has produced some magnificent sounds from his trumpet, sounds that I had never heard a trumpet utter.
In the album title song, Lebroba, Bill Frisell and Andrew Cyrille matched him in the mastery of their instrument.
Beautiful album, Lebroba!
Read more
2 people found this helpful
Helpful
Comment Report abuse

Jgus
2.0 out of 5 stars Not very compelling.
Reviewed in the United States on June 21, 2019
Verified Purchase
I got this because of Smith and Frisell and found that these works just didn't enthrall at all. Gave this CD up.
Read more
Helpful
Comment Report abuse

Manuel Grosso Galvan
5.0 out of 5 stars THE SERENE AVANT-GARDE
Reviewed in the United States on November 25, 2018
AT THE TOP OF THE AVANT-GARDE
Andrew Cyrille, Wadaba Leo Smith and Bill Frisell are at the moment the head of the new serene vanguard. This is the first joint album but they have already played together several times without going any further Frisell and Cyrille did it in Cyrille's last album "The declaration of musical independence" also in ECM like this, a record that I recommend without fissures. This is on the same line but I would say better. Cyrille is for me the current follower of Paul Motian, a different way to play drums and percussion. Frisell the perfect guitar, which sounds where it should sound and Wadaba a composer, trumpeter always in search of beauty and depth. In this album he signs one of those magical themes that are never forgotten, dedicated to Alice Coltrane, more than 17 minutes to remember. What most excites me about the album are the personal spaces that are capable of creating. Never overlap they always complement each other in a display of creative freedom that takes us to other musical spaces. It's not fre jazz, it's something else, jazz with no ties or friction, precise details impeccable. As of today, this is the pinnacle of the avant-garde of jazz.
Read more
9 people found this helpful
Helpful
Comment Report abuse
See all reviews

Kevin
5.0 out of 5 stars Worthy 5 ⭐️ Rating
Reviewed in the United Kingdom on March 1, 2020
Verified Purchase
MUSICAL CONTENT- 5⭐️ This is an absolute gem. This is my first venture into the vinyl world of Cyrille, but having already followed the work of his fellow musicians, and purchased 30 or so albums on the ECM label over the past month from Amazon, I was confident I wouldn’t be disappointed. Track 2, lasting a full 17 minutes is delivered faultlessly demonstrating just how well matched this trio are.
STUDIO PRODUCTION- 5⭐️ Perfection; Every note and tone, no matter how subtle is beautifully captured with no hint of harshness or distortion. This is the pinnacle of studio recording.
VINYL PRESSING- 5⭐️ Exactly as expected from ECM, this company is at the top of their game. Flawless presentation on high quality vinyl with negligible surface noise. Other labels please take note.
Read more
Report abuse

Douglas Miller
5.0 out of 5 stars Outstanding
Reviewed in the United Kingdom on June 19, 2019
Verified Purchase
If you are reading this don't even think about not buying it. I had reserved my best ECM album of 2018 for Jakob Bro's 'Bay of Rainbows' (and it's great) but this surpasses it. Frisell on his best form for a long time in my view and Wadada Leo Smith with a strong hint of Codona-era Don Cherry, adds real musical power to the whole album. There's violence and beauty working in harmony. Buy it.
Read more
One person found this helpful
Report abuse

Mr. Wesley Haydock
5.0 out of 5 stars Soulful and Thoughtful
Reviewed in the United Kingdom on March 3, 2020
Verified Purchase
Wonderfull record, right up there with ECM's quality and impeccable recordings. Wadada Leo Smith and Andrew Cyrille are impressive as always but for me Bill Frisell makes this a memorable CD. Frisell is definitely back to his best. I've been so disappointed with his tendency to merge country and western into everything that I'd almost given up on him. I'd glad I didn't.
Read more
Report abuse

ChrisW
5.0 out of 5 stars Masters at work
Reviewed in the United Kingdom on January 1, 2019
Verified Purchase
These guys are at the top of their game, and it's great to hear Bill Frisell cutting loose a bit more than of late.
Read more
One person found this helpful
Report abuse

A. Meyrick
5.0 out of 5 stars Quality music
Reviewed in the United Kingdom on February 15, 2019
Verified Purchase
Classic in the making
Read more
Report abuse
See all reviews