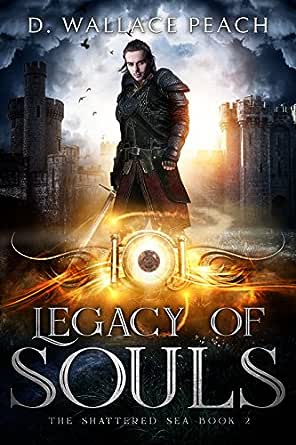 You've subscribed to The Shattered Sea! We will preorder your items within 24 hours of when they become available. When new books are released, we'll charge your default payment method for the lowest price available during the pre-order period.
Update your device or payment method, cancel individual pre-orders or your subscription at
Your Memberships & Subscriptions
There was an error. We were unable to process your subscription due to an error. Please refresh and try again. 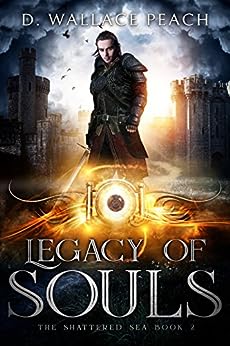 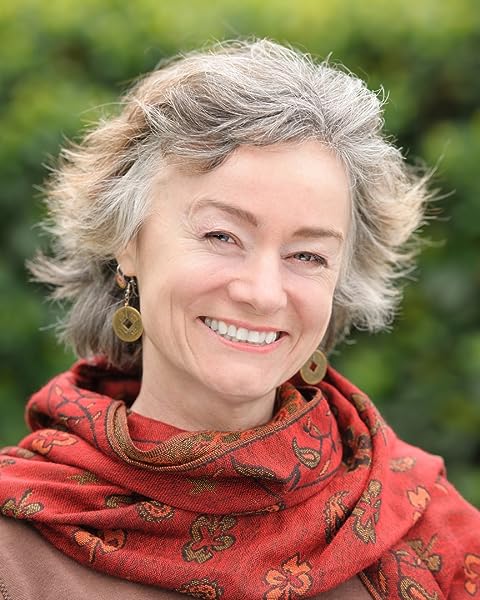 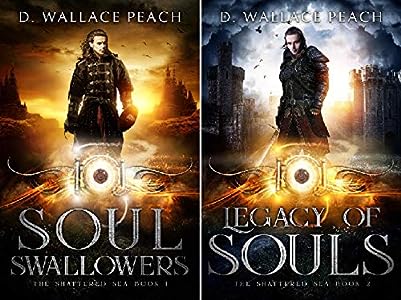 D. Wallace Peach started writing later in life after the kids were grown and a move left her with hours to fill. Years of working in business surrendered to a full-time indulgence in the imaginative world of books, and when she started writing, she was instantly hooked. Diana lives in a log cabin amongst the tall evergreens and emerald moss of Oregon's Coastal Mountains with her husband, two dogs, and Pinky the Cat. --This text refers to the paperback edition.

L D Tanner
VINE VOICE
5.0 out of 5 stars Compelling Book 2 in The Shattered Sea Series
Reviewed in the United States on July 28, 2020
Verified Purchase
"Legacy of Souls" by D. Wallace Peach is a compelling epic fantasy with complex characters and rich detail that work together to drive the political intrigue and the adventurous tale. Although "Legacy of Souls" can be read as a stand-alone, it would help to read the first book, "Soul Swallowers" in the series to help understand the world-building and plot. The hero, Raze Anvrell, has finally found the peace he has longed for. His rage from losing his first wife has assuaged as a result of swallowing the soul (essence) of his mentor. Raze has resolved differences with his estranged father and has found the chance for true love with his soulmate. However, he doesn't anticipate the schemes of an ambitious ruler to usurp the queen of the Tegir Empire that could also destroy his existence and those he loves. As the political machinations unfold, he must decide whether or not to swallow another soul so he can defend his family, retain his freehold, and save those he loves.

Author D. Wallace Peach has masterfully woven rich detail into a complex, action-packed tale filled with political machinations. The second book expands on the concept of swallowing a person's soul to absorb his or her essence and reveals what happens to free souls if they're not swallowed. Although the story is told from various points of view, everyone's story seamlessly interweaves into others to drive the story forward. The pacing can leave you breathless as you anxiously read to find out what happens to each character from scene to scene until the riveting climax. The three-dimensional characters are engaging, and their motivations and actions often surprise you, heightening the unexpected twists in the tale.

Anneli
5.0 out of 5 stars Great characters, great action
Reviewed in the United States on May 16, 2020
Verified Purchase
Legacy of Souls, Book Two of the Soul Swallowers Series, works well as a stand alone or as a sequel to the first book. It has been a while since I read the first book, and I wondered how well I could get back “into the zone.” No problem. I was pulled in immediately, getting to know and love the good characters, worrying about their safety when the bad characters came along.
The premise that one could swallow the soul of a deceased person and feel their influence, good or bad, plays a substantial role in the story. In some cases, having wisdom passed on through the soul stone can change the outcome in a dangerous situation. In other cases, swallowing a soul with more active skills, such and swordsmanship and discipline is even better. The important thing is to choose wisely and sparingly, lest madness take over.
The plot to save a kingdom and a loved one is believable, allowing that we are in a fantasy world, a world built beautifully by author Diana W. Peach. Her choice of language helps to set the scenes effortlessly as the action keeps us turning pages. As I read this novel, my one fear was that my e-reader would need its battery recharged before I could finish the book. I recommend this book to anyone who won’t mind losing a night’s sleep when they can’t put the book down.
Read more
Helpful
Report abuse

Colleen M. Chesebro
5.0 out of 5 stars The characters and situations within these pages are unforgettable.
Reviewed in the United States on October 25, 2018
Verified Purchase
"Legacy of Souls," begins where "Soul Swallowers," left off with Raze fully immersed in the expansion of his freehold into a larger operation for farming and raising horses. His heart is full as he pursues the lovely Bel who has miraculously healed his broken heart.

Because of Bel's love, Raze finds the courage to move past the differences that controlled his relationship with his father. Even so, he keeps a careful distance as he retreats back into his life avoiding the political overtures that normally occur from a noble birth.

However, when his father begs him to attend a royal wedding with him, Raze stalls filled with guilt, not willing to give up either his lifestyle or his newfound reconciliation with his father.

Finally, Raze agrees to accompany his father and brother to the wedding when a horrible crime is committed, leaving his family accused of the murder while the royal family hunts them down.

By the time Raze escapes to the freehold, he finds most of his beloved family killed, and Bel kidnapped by the slavers. It is the death of his friend, Samoth, that changes the man forever. Raze chooses to swallow his soul which adds the necessary soldier's skills he needs to survive and to save his family.

Once again, this author has waved her magic wand and created a world like no other. Here, life is filled with danger where human souls are bought and sold by the rich to increase their power. Political motivations and shifting loyalties explode within the schemes of the governing family, while the slavers do their bidding.

The characters and situations within these pages are unforgettable. For me, it was the philosophical dilemma of absorbing another person's soul that I found so intriguing. Think about the possibility of accepting the soul essence of someone else into your existence. New skills and knowledge would have to integrate, for better or worse. If you swallowed too many souls, disaster would ensue as the personalities clash for control with possible madness being the end result. Would you swallow a soul?

This is a brilliant two book series that will keep you guessing until the end. As with most literature penned by this author, I could not put the story down. I read into the wee hours until the last closing chapter came to a satisfactory end. Now, I can't wait to see what D. Wallace Peach conjures up next for me to read. <3

H.R.R. Gorman
5.0 out of 5 stars Fantastic Ending to an Epic Saga
Reviewed in the United States on November 2, 2019
Verified Purchase
Like the first book, Legacy of Souls has a deep connection with a very well-developed fantasy concept. In this installment, we get to see in more detail the fates of souls within and without the soul catching necklaces. The book is very well written, and the story will keep you riveted through the miniscule number of typos.

This book also contained several battle scenes (I can tell Wallace has honed her fight scene skills since Aeris, the first book of hers I read) that often defy expectations and add twists. The political intrigue begun in book 1 comes into play in this volume, and it won't disappoint. I definitely think jumping in here without the first book might be difficult, so look there first (Soul Swallowers) if you haven't already.
Read more
Helpful
Report abuse
See all reviews