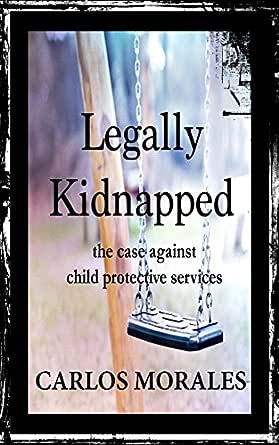 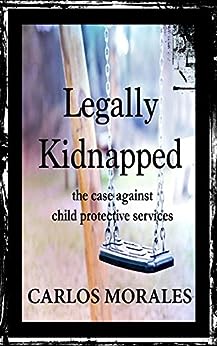 Carlos Morales is a former Child Protective Services investigator, author of Legally Kidnapped: The Case Against Child Protective Services, president and founder of Child Protective Services Victim Support, the host of the Truth Over Comfort Podcast, and a committed legal advocate for family reunification. Since leaving his career as an investigator, he has actively helped families throughout the country fight for their children in and out of court. His pursuit of a radical overhaul for child protection programs has taken him from university lecture halls, to television and radio studios, and the pages of a variety of publications. --This text refers to the paperback edition.

4.4 out of 5 stars
4.4 out of 5
173 global ratings
How are ratings calculated?
To calculate the overall star rating and percentage breakdown by star, we don’t use a simple average. Instead, our system considers things like how recent a review is and if the reviewer bought the item on Amazon. It also analyzes reviews to verify trustworthiness.

Domi
5.0 out of 5 stars Heres advice for anyone dealing with CPS
Reviewed in the United States on December 7, 2019
Verified Purchase
CPS lies and if they can do anything they will...

Get a copy of your petition to see what the allegations are and work to prove each one a lie, be aware that the court takes hearsay from CPS so make a effort to disprove what you can

Note its not up to CPS but the judge act immediately to show you are financially, mentally, etc able to care for your child sure your appearance is appropriate for court

Stephan Stuecklin
4.0 out of 5 stars If it's that broken, don't fix it
Reviewed in the United States on December 23, 2014
Verified Purchase
It's hard to like a book that offers up evidence that families (in particular black families) are being torn apart by the state - by an organization/system that is supposed to be protecting children, but instead has strong incentives to split families, no matter how flimsy the evidence. But Morales's case needs to be heard, and he does a good job of presenting both facts and personal stories that reveal a system that's beyond broken. Morales spends most of the book analyzing the problems with Child Protective Services: poor incentives, lack of training, racial bias, and failure at its basic job of providing the child a better environment. Truth be told, his analysis makes me a little nervous about visiting the US: what if I do something that is culturally appropriate in Switzerland, but someone doesn't approve and calls the police? I don't really fancy a legal battle on foreign soil with a state agency that seems to enjoy using its broad powers.

If that were to happen, however, I'd want this book as my guide. The balance of it details what happens once the judicial process starts rolling, how to prepare, and how to react and fight for one's child. And since it's often based on arbitrary judgment calls that children are removed from their parents, having this information and knowing the rights of the different party can help write a much happier ending to one's story.

Morales closes with a summary, which I'm afraid unnecessarily loses some of his audience. He points out that African-American kids are those most affected by CPS abuse, which should make African-American parents (especially urban parents) a captive audience for his arguments. It's unfortunate that in his closing arguments he widens the scope of his accusations to essentially tar all state agencies with the same brush, calling them incompetent and parasitical and accusing them of leaching (sic) off society. A lot of his readers who don't share his conservative political leaning are likely to jump ship here - so it's my hope that most of those readers stop before the setp-by-step guide and miss the final muddle. The closing arguments are my main reason for docking a star: he should be building bridges here, not burning them. Frustration wins no fights.

As the "leaching" shows, there are a few typos and errors that managed to escape the editor. They're worst in the closing arguments - another reason to skip that chapter.

All in all a worthwhile, concise read, particularly the first half. If this review hangs around long enough and Morales rewrites the wrap-up, keep in mind that there may be a star missing.
Read more
14 people found this helpful
Helpful
Comment Report abuse

Michael Snider
5.0 out of 5 stars Great information every parent needs to know.
Reviewed in the United States on November 26, 2019
Verified Purchase
I would recommend this to every parent because it’s the truth. I have had to deal with Cps and they lie and it’s allowed. They will say whatever they want so they can get your children. I used to think that if someone had their child taken by CPS then they must’ve been bad parents but I know now that’s not the case. It’s very infuriating and I wish I could do something to bring attention see this topic
Read more
2 people found this helpful
Helpful
Comment Report abuse

S. E. Regan
5.0 out of 5 stars our government Child "Protective" Services abuse and destroy children
Reviewed in the United States on February 17, 2015
Verified Purchase
Testimony from an insider on how our government Child "Protective" Services abuse and destroy children and their families. A must read if you are unaware of the devastating unintended consequences of Federal and state laws intended to help abused children. Children removed from good, loving homes and abused and killed in "protective" custody of state agencies. Complete abrogations of our Constitutional rights to be able to face our accusers, to be informed of the charges against us. A right to a fair trial and legal representation, and to have witnesses testify on our behalf. There are great financial incentives from our Federal Government for state child "protection" agencies to legally kidnap our children and traffic them to child molesters, pimps, slave traders, or just plain families who are in the market for a child that matches your child's profile.
Read more
7 people found this helpful
Helpful
Comment Report abuse

Mr. John A. Calabro
5.0 out of 5 stars An important book on the reality of CPS
Reviewed in the United States on September 28, 2015
Verified Purchase
I meet Carlos back in 2014 and heard him give a talk on CPS. It was a eye opener to say the least. With that caveat out of the way. It is not the most enjoyable topic to read about but a important one. I would love to live in a world where family don't have to fear being wrecked apart and wondering if they can trust their neighbors and friends. A world which people would work with one another help parents to improve the next generation. The world is full of things that we don't want but nonetheless we can either face problems like CPS going after parents who may not of done anything wrong or we can put our heads in the sand and pretend this does not happen. This book will wake you up to things such as the reality of Foster homes and the tactics that are used by some CPS agents to close cases. The end chapters will give you helpful advice for you to prepare you and your family in an instance that CPS comes to invesgate and also a little on dealing with family court.
Read more
6 people found this helpful
Helpful
Comment Report abuse
See all reviews

TG
5.0 out of 5 stars Very informative Book
Reviewed in Germany on November 7, 2016
Verified Purchase
I recommend this book for every Parent who lives in the US.
Must have knowledge. I know I learned a lot.
Read more
Report abuse
See all reviews