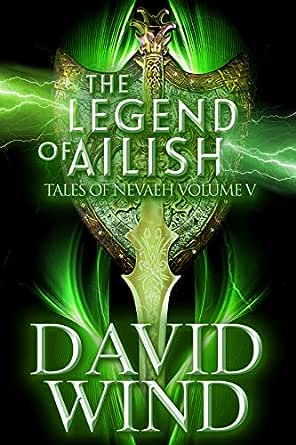 You've subscribed to Tales Of Nevaeh! We will preorder your items within 24 hours of when they become available. When new books are released, we'll charge your default payment method for the lowest price available during the pre-order period.
Update your device or payment method, cancel individual pre-orders or your subscription at
Your Memberships & Subscriptions
There was an error. We were unable to process your subscription due to an error. Please refresh and try again. 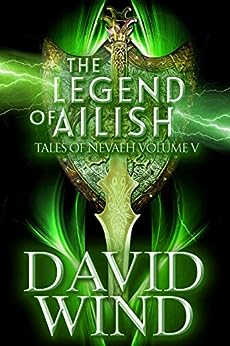 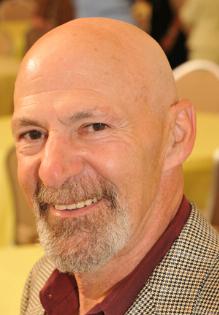 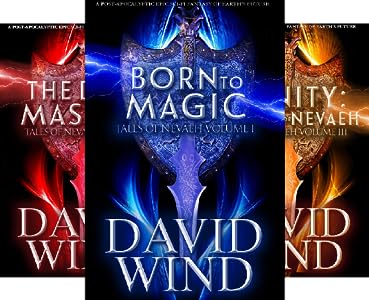 BOOK 1: Born To Magic begins the Epic Sci-Fi fantasy Sword & Sorcery saga
What would you do if you were 18 and told the future of the world is in your hands?
*Young Areenna of Freemorn is just coming of age and discovering her powers when she is called to a place of magic from which few ever return.
*Mikaal of Tolemac, the son of the High King holds a secret so dangerous it could shatter the fabric of the world should it become known.
3,000 years after America is destroyed by nuclear war, the inhabitants have evolved, embracing magic and metaphysical warfare. As enemies from across the seas begin to close in, ancient legends come alive, leaving no one safe. The only two who can stop the onset of the darkest evil is the sorceress, Areenna, and Mikaal, the son of the High King of Neveah. With the safety of the world in their hands, and their powers young and erratic, will Mikaal and Areenna find the courage and strength to overcome the impossible, or...


BOOK 2: The Dark Masters
Across the sea, the sorcerers known as the Dark Masters, launch a fleet of ships with tens of thousands of warriors. In Nevaeh, charged with an epic journey, Areenna and Mikaal, armed only with their psychic abilities, their swords and Areenna's bow, must travel to the desolate Frozen Mountains. There, in the unchartered dangerous region, they must discover not just the legends, but the millennia old secret awaiting them in their fight to save Nevaeh from extermination.


BOOK 3: TRINITY
Areenna of Freemorn and Mikaal of Tolemac must bring together the ten dominions for one last battle against their ruthless enemy. The Dark Masters threaten to annihilate the Nevaens, wiping humanity from the face of the earth, unless Areenna and Mikaal can find the mystical power that is Nevaeh's salvation
To save their world, and their people, they must go where no one has gone for 3000 years: below the Island--deep beneath what used to be Manhattan. As the days grow darker, they search to find deliverance for their people, and become what has been prophesied--the Trinity of power. To accomplish this, they must first discover the third pillar of their powers.Time is running out. Can they build the Trinity in time to save humanity from extinction?

BOOK 4: Dream Weavers of Nevaeh
An International Best Seller, Born to Magic is the first book in the Tales of Nevaeh series. Amix between Terry Brooks' Shannara series and The Hundred Series by Kass Morgan, Born to Magic combines post-apocalyptic futuristic societies ruled by magic and metaphysical elements with science fiction.. Teens,young adults, and adults alike will love this fantasy.

International award winning author David Wind, has published 41 novels Including Mystery & Suspense Thrillers, Science Fiction & Fantasy Contemporary Fiction. He is the President of the Florida Chapter of the Mystery Writers of America, and lives and writes in Boynton Beach.
--A Hybrid Traditional and Independent Author, David published his first Indie book in 2008. Angels In Mourning, a contemporary take on the traditional style noir detective books of the 50's. Angels In Mourning won the Amazon.com Book of the Month Reader's Choice Award.
--The first book of David's Sci-Fi Fantasy series Tales of Nevaeh. Born to Magic, is an international Amazon genre Best Seller, and a Kindle Review of Books finalist for Fantasy Book of the year. 75,000 copies have been download to date. The second and third books of the series, The Dark Masters: Vol 2, and TRINITY: The Battle For Nevaeh, Vol. 3, and Dream Weavers of Nevaeh, Vol. 4, have both reached the Amazon Top 100 in its genre. David has just finished the fifth volume, The Legend of Ailish, which scheduled for release May 18, 2020.
--Among his Mysteries & Thrillers are, The Hyte Maneuver, The Sokova Convention, The Morrisy Manifest, Desperately Killing Suzanne, The Whistleblower's Daughter, and Out of the Shadows.
--David's Contemporary Fiction novel, published in December of 2017, is based on the Harry Chapin Song, A Better Place To Be. A B.R.A.G. medallion Honoree, it also received the Bronze Award for Literary Excellence from Irelands DD International Awards. His Non-Fiction book, The Indie Writer's Handbook, is David's second book to be honored with a B.R.A.G. Medallion.