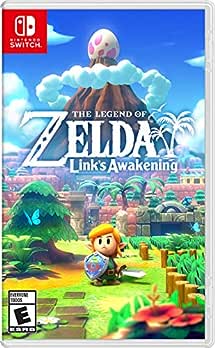 Why don't we show the price?

Because our price on this item is lower than the manufacturer's suggested retail price, the manufacturer does not allow us to show you our price until you place the item in your shopping cart. Retailers like Amazon have the legal right to set their own prices independently. Adding the item to your cart allows Amazon to show you our price consistent with our goal of always offering you the lowest possible prices on the widest selection of products.

Adding this item won't require you to purchase the product. You can easily remove it from your cart if you decide not to buy it.

We realize that this is an inconvenience and are regularly working to educate manufacturers on how their policies impact our customers. We welcome your comments and suggestions in our forum on this topic.
Available at a lower price from other sellers that may not offer free Prime shipping.
In Stock.
FREE delivery: Monday, Nov 2 Details
Fastest delivery: Friday, Oct 30 Details
Ships from and sold by Amazon.com.
New & Used (67) from $42.69 + $3.99 Shipping

“Castaway, you should know the truth!”

As Link, you awaken in a strange land away from Hyrule, where animals talk and monsters roam. To uncover the truth behind your whereabouts and rouse the legendary Wind Fish, explore Koholint Island and all its trap-ridden dungeons, reimagined in stunning detail for this new release of one of the most beloved The Legend of Zelda games. Along the way, you’ll meet a hilarious assortment of charming characters to which you’ll never want to say goodbye.

In this new version of the game, the classic soundtrack has been reborn with new arrangements, and now you can equip more items at once, review key conversations, and navigate the map in new ways. Try your hand at the renovated mini-games to earn dolls based on the Super Mario series…or Chamber Stones. These unusual stones can be used to arrange your own Chamber Dungeons; each one is a puzzle in and of itself! Place chambers from dungeons found throughout the game on a series of objective-based grids… Where should the bosses go? How do you get from the entrance to the stairwell? They’re your dungeons, so arrange them however you see fit. To earn more Chamber Stones, you must conquer the main adventure’s dungeons and mini-games or tap any amiibo featuring a The Legend of Zelda character to unlock Chambers exclusive to amiibo.​

1993-2019 Nintendo. The Legend of Zelda and Nintendo Switch are trademarks of Nintendo.

Earn, arrange, and complete objectives in the all-new Chamber Dungeon

4.8 out of 5 stars
4.8 out of 5
10,693 global ratings
How are ratings calculated?
To calculate the overall star rating and percentage breakdown by star, we don’t use a simple average. Instead, our system considers things like how recent a review is and if the reviewer bought the item on Amazon. It also analyzes reviews to verify trustworthiness.

Ethan
3.0 out of 5 stars Good game. Not worth $60.
Reviewed in the United States on September 20, 2019
Platform: Nintendo SwitchEdition: StandardVerified Purchase
The art style is okay. The depth of field blur is annoying and will probably give people headaches. The core game is still there and still good. I would give it 4 stars but the $60 price point is such greedy money gouging that I can't rate it any higher.
Read more
236 people found this helpful
Helpful
Comment Report abuse

Vincent
HALL OF FAMETOP 50 REVIEWERVINE VOICE
4.0 out of 5 stars List of Changes. Re-imagining of a Classic
Reviewed in the United States on September 20, 2019
Platform: Nintendo SwitchEdition: Standard
Same core game as the original on GameBoy for the most part, but with updated visuals/sound and a lot of quality of life changes.

An explore type Zelda game like 'Link between Worlds' where you interact with NPCs and discover the world on your own instead of the game telling you where to go each time.

Enough with the intro; onto the list of changes:

Visuals are no longer blocky. HD, 3D graphics with a fully modeled world rather than a sprite based one.

Now has depth of field. Camera now follows link instead of being focused on central screen

Music is fully orchestrated, has some vocals

Over-world no longer has screen transitions as areas are loaded in their entirety.

No need to pause game and swap out abilities, weapons constantly

The Sword, Shield, Power Bracelet, and Pegasus Boots are always equipped and have their own dedicated buttons.

Able to choose warp points you want to go instead of keep falling into one until you warp into the place you want.

Able to see who you spoke to and what they said

Hearts can now represent quarter hearts taking minimum damage of 1/4 of a heart. The original and the DX version can only represents halves as the smallest unit.

If you find this too easy, there's hero mode in the game which i'll go into later

Game now have empty bottles to fairies in

Once you complete a puzzle in a chamber, enter new door and go back; the game will save your progress

No need to redo things again and again

Create own dungeon each tile (chamber) are carbon copies of levels that are ready in the game. You just re-arrange them

if you beat game you already saw all the chambers, just re-arranged differntly

After you're done making your dungeon, you have to play through and beat it yourself.

You then get a completion time to challenge friend's with

No online sharing or code enter option. Must save data on an amiibo which is a bit disappointing especially for those who don't own a Zelda series amiibo

As mentioned before, able to save dungeons you've re-arranged...i mean created into an amiibo

It adds shadow link who chases you dungeon to dungeon until you defeat him. Gives the game more of a challenge and also gives you a heart piece as a prize

Able to tap up to 5 different amiibo from Legend of Zelda series to unlock one of these random chambers:

A bit disappointing. Like the new additions, but locked via amiibo. Must get 5 different amiibo to unlock all 5 chambers and Link's Awakening Amiibo to get max out hearts in the game.

Fishing different lures to unlock and more items to fish out. A Middleweight Lure can be obtained when reeling a big Fish in the Fishing Hole.

Markers and Pins can be placed on the Map.

Able to place markers on duneon and world map making navigation more easier and helps as an reminder.

Back in the day, i had to use pen and paper to jot down notes

Able to parry and deflect attacks

Able to save up to 3 save files and auto save

Link can swing, shoot and throw at 45 degree angle

Link can slash his sword in eight directions instead of the four directions of the Game Boy's D-Pad.

NPC no longer stutter. Gets right to the point

Character's name appears when talked to

The interior of houses are much more decorated. Some have stands where figures won in mini-games can be placed.

The Town Tool Shop sells six items instead of four.

Red and green apples can fall down when dashing into Trees. These can be collected and eaten

Moldorm boss room is now square and there are less holes for Link to fall in.

Mobilns are now pigs instead of dogs

Cukemen no longer shock you when you hit them with a sword.

No heart drops from enemies or grass

Only way to restore health is to visit fairies cave, get heart piece or get potions

Overall, very good enhancement to a classic Zelda game. Worth a double dip (if not triple).

Tom
4.0 out of 5 stars Fantastic Remake of a handheld classic!
Reviewed in the United States on September 20, 2019
Platform: Nintendo SwitchEdition: StandardVerified Purchase
Links Awakening on Switch is one of those must-play games that gives you feeling of nostalgia and the stimulation you'd expect from a 1st party Nintendo game. What you're getting here is a top-down 3D-mesh re-creation of Zelda Links Awakening, as it was over 20 years ago when it first released on the original Game Boy. The modern switch remake is literally the same game, but it has more than your typical coat of paint. It comes with a dungeon creator, some new menus and inventory screens. The remake also has wider viewing angles and we are now done away with screen scrolling, which is replaced with smooth screen transitions that helps the world come to life. The developers designed the game with a 60 frames per second target, but sadly it doesn't feel as smooth as it should. The game runs a dynamic resolution. The primary resolution\frame rate you'll see is 720p 60. In 'some' indoor areas the game can, and will jump to around 976p and even in some rare instances,1080p, but it's quite rare. Even with the game running at 720p, the frame rate can sometimes be all over the place depending on where you are on the map. In the swamp area(as an example), the game actually dips to 30fps to compensate for cpu bottlenecks so prepare for that! In terms of gameplay, the movement, inventory management and pacing is fantastic, and the dungeon design as well as the overworld is small, but dense and filled with color. The art style and design might not be for everyone, but if you're a fan of A Link To The Past, and even if you played Links Awakening over two decades ago, this faithful recreation makes for a fantastic return on the Switch.
Read more
59 people found this helpful
Helpful
Comment Report abuse
See all reviews