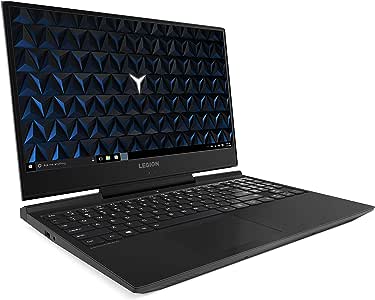 Amazon.com Return Policy:You may return any new computer purchased from Amazon.com that is "dead on arrival," arrives in damaged condition, or is still in unopened boxes, for a full refund within 30 days of purchase. Amazon.com reserves the right to test "dead on arrival" returns and impose a customer fee equal to 15 percent of the product sales price if the customer misrepresents the condition of the product. Any returned computer that is damaged through customer misuse, is missing parts, or is in unsellable condition due to customer tampering will result in the customer being charged a higher restocking fee based on the condition of the product. Amazon.com will not accept returns of any desktop or notebook computer more than 30 days after you receive the shipment. New, used, and refurbished products purchased from Marketplace vendors are subject to the returns policy of the individual vendor.
For warranty information about this product, please Click here [PDF ]
Customer Questions & Answers
See questions and answers

4.1 out of 5 stars
4.1 out of 5
32 customer ratings
How does Amazon calculate star ratings?
Amazon calculates a product’s star ratings based on a machine learned model instead of a raw data average. The model takes into account factors including the age of a rating, whether the ratings are from verified purchasers, and factors that establish reviewer trustworthiness.
Top reviews

Mikey
4.0 out of 5 stars Solid Computer for the price with a few nitpicks.
Reviewed in the United States on February 7, 2019
I purchased this laptop and have owned it for about 5 weeks.
Pros:

The laptop is fast, i mean fast. I can run multiple desktops with no issue and the computer hardly breaks a sweat.
The full 1060 card is an extremely nice addition. If you notice this laptop has specs of competitors that are $300-1000 more in price. I read a review on another site where the customer noted "the processor is not fast." Obviously some non computer savvy consumer. This has the 8750h which is standard on all i7 gaming laptops and also one of the fastest processors on the market.

Sleek/sleeper design- This laptop doesn't grab attention, i'm 35 i can't carry a laptop to work that has dragons and rgb lighting all over it.

You can tell the engineers wanted to make the device easily mod-able. I replaced the 1tb hdd with a 1tb ssd and it was very easy to do, even someone with no experience with laptop disassembly can do it. After removing the 10 or 13 screws from the bottom, you have easy access to all the components. A repaste job, ram/hdd/wifi upgrade can be done with ease. My last laptop i had to completely disassemble to get to the CPU.

Smallish form factor- This laptop is actually smaller than my 14" HP DV6 (previous laptop). Because of the thin bezels it has a fairly small footprint.

The 60hz screen is surprisingly good, it's not macbook good(own one of those as well) but it is VERY good considering the price. Not much washing out and great contrast. The matte finish is also very nice for bright lights in the office.

Cons:
Numpad- It's pretty terrible i'm not a fan. It takes a WHILE to get used to it. I still have issues blind typing with it, the layout of the numpad is odd to say the least. It's nice to have but has a steep learning curve.

The keyboard and track pad layout, are pretty standard of gaming laptops(slightly off center) and might annoy someone who hasn't owned a gaming laptop before.

Wifi card- If your device comes with the realtek wifi car, replace it with the intel 9560 card ($15-20). The realtek randomly disconnects as well as crashes my router. Even after the bios update. Plus the 9560 upgrades bluetooth to 5.0 which is a nice addition. Really the best cheap mod you can do to this device.

Thermals- This is not exclusive to this laptop, they are generally good. However, after heavy gaming sessions the device can get warm, in the 80-95 degree Celsius range. This is because of the GPU and the processor. THIS IS NOT A DEVICE ISSUE. This is more related to the components themselves. Undervolting (w/throttlestop) is an easy fix and will remedy the solution with no harm to the computer.
If you know your way around computers, you can repaste for an easy 5-10 degree Celsius temp drop.
According to Lenovo, this will not void the warranty as long as it doesn't directly effect what you are claiming the warranty for.

Fan noise- if you aren't used to the fan noise of a gaming laptop, don't buy this computer. However, that's really only when you are really pushing the internals. When i'm using excel, idle, notepad ++ , watching videos, or surfing. The laptop is silent. It does occasionally spool up the fans on start up, but it's not a major issue. When gaming the fan noise is average for a gaming laptop. ALL GAMING LAPTOPS ARE NOISY WHEN PUSHING THE CPU AND GPU! I can't stress that enough for people who come from office laptops or macbooks. You can't put a V8 into something and expect it to be quiet. lol

The screen, if you are a video/photo editor and care about color accuracy this is not the screen for you. However, if you do those things you probably already have an external monitor.

All in all great buy, just compare it's guts to a Acer Helios 300(better specs, but muuuch bulkier), dell g7(last gen), razor blade/stealth/15.

Happy Buyer
5.0 out of 5 stars Perfect
Reviewed in the United States on December 18, 2018
Verified Purchase
I did my homework and knew what I wanted. This thing is perfect. Selected this over comparable products hardware-wise due to the non-gamer style and it's perfect. It's an eye-catcher in the office without it screaming 'gamer.' People think I've just bought a really really nice laptop, which I have. It's very stylish.

Performance-wise it's amazing. Super fast. Not hot. Thin bezels, solidly built. The fans do throttle up from time to time but it's not that long and I've had it in meetings and people don't even seem to notice. Granted, I don't play super graphics intensive games but I do play some CPU intensive stuff and it just handles it without giving me a moment thinking it's working too hard.

Rafael tissi
5.0 out of 5 stars Good budget computer for architects
Reviewed in the United States on January 2, 2019
Verified Purchase
I use with autocad, sketch up and revit. It’s doing very well for this tasks
Read more
13 people found this helpful
Helpful
Comment Report abuse

Dustin Atlas
1.0 out of 5 stars LCD cracked after 60 days
Reviewed in the United States on July 24, 2019
Verified Purchase
A bit glitchy from the start, but the real problem is that the LCD cracked, and this is, apparently, not under warranty, even though I have been quite gentle with it, have never dropped it, spilled anything on it, etc.

All in all, very unimpressed with how flimsy it is.
Would not buy again, and will not buy another Lenovo
Read more
5 people found this helpful
Helpful
Comment Report abuse

Rich
4.0 out of 5 stars Great
Reviewed in the United States on July 31, 2019
Verified Purchase
Update: After about a year, one additional issue that has popped up is the wireless card. I started having issues a few months ago with Zoom sometimes freezing up and more recently with the wireless just dropping completely. I did some research and found that the (Realtek?) wireless card installed in these is generally considered a lemon so I swapped it for an Intel card and have had no problems since.

I've had this for 2-3 weeks and am generally very impressed and satisfied. This is my first gaming laptop and I use it for both work at home and games. Extremely fast. The only reason I don't give it 5 stars is a few relatively minor points:
- the charger is quite large and bulky/heavy
- The number key pad is awkwardly placed, above the arrow keys.
- The fan is pretty loud but it only comes on when you are seriously taxing the system (which is not often for me so far).
Read more
One person found this helpful
Helpful
Comment Report abuse

Pan Garcia
3.0 out of 5 stars Wasn’t good as expected !
Reviewed in the United States on April 16, 2020
Verified Purchase
I probably should have buy from the original factory but the third party. I couldn’t install it by myself not even connecting the wifi. I couldn’t let it go cause the reviews as a gaming laptop are good, the shape is my favorite. Oh, the battery wasn’t last as described!
Read more
Helpful
Comment Report abuse

Henil Shah
5.0 out of 5 stars Amazing 😍
Reviewed in the United States on October 24, 2019
Verified Purchase
Awesome laptop for gaming. The backlight is amazing. But when its on full gaming mode the fans speed up and it sounds like a jet. And low battery life.
Read more
One person found this helpful
Helpful
Comment Report abuse
See all reviews from the United States

Nick Floussov
5.0 out of 5 stars Excellent
Reviewed in Canada on May 16, 2019
Verified Purchase
Got what I expected and in time.
Good job!
Read more
Helpful
Sending feedback...
Thank you for your feedback.
Sorry, we failed to record your vote. Please try again
Report abuse

Page 1 of 1 Start overPage 1 of 1
This shopping feature will continue to load items when the Enter key is pressed. In order to navigate out of this carousel please use your heading shortcut key to navigate to the next or previous heading.
Back
Next
Pages with related products. See and discover other items: lenovo laptop with optical drive, lenovo computers, legion lenovo, ge force gtx, notebook for gamer