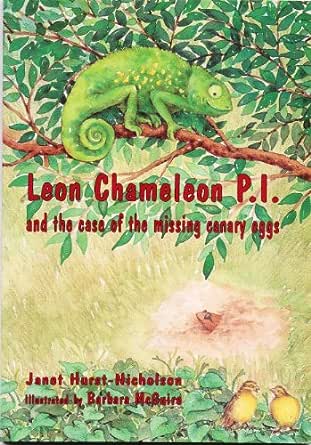 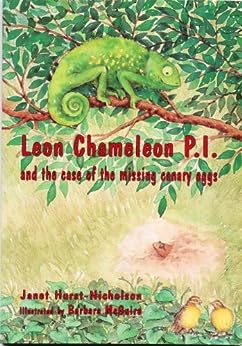 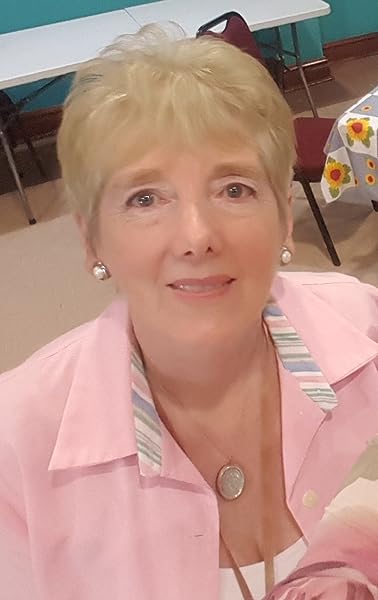 "This is a charming story, filled with interesting facts about animals, birds, insects and the little creatures that live in Pigeon Valley. Eight to 10-year-olds will particularly enjoy the book." - Sunday Times Magazine.
"This book should delight and enthrall all children aged between eight and 10." - Natal Mercury Woman's Weekly.
"Entertaining, often amusing, and written in a readable, chatty style. The story works on both the detective and the animal levels." - Artes Natales.
"The illustrations capture the humour without reducing the animals to Disney-type cartoons. There's no doubt that tales of fiction like this can stimulate interest in wild-life for the young and I'm happy to recommend Leon Chameleon PI to young readers." - Talking of Nature, Radio South Africa.
"Admirably, all the animal details (of food, habits, lifestyle) are true to life - apart from Mole's dark glasses! Children reading this will absorb much knowledge of our local wildlife." - Jay Heale, Bookchat.
"It teaches you about animals and their habits in a way that is fun. The author makes the book exciting and interesting by bringing the animals to life." Book review, Tarryn (aged 10 years) Manor Gardens School.

Barbara MojicaTop Contributor: Children's Books
TOP 1000 REVIEWER
5.0 out of 5 stars CHAMELEON TO THE RESCUE
Reviewed in the United States on December 17, 2017
Verified Purchase
What a charming chapter book! Nicholson succeeds in creating a clever detective mystery for middle-grade readers. At the same time, the soft illustrations encourage reluctant readers and beginning readers transitioning to chapter books to handle the ten chapters. The text is large and easy to read. Using the technique of personification, Nicholson endows animal creatures like Leon, the chameleon, and Egg Eater the snake with human personalities and a sense of humor. Readers will enjoy practicing their sleuthing skills as they attempt to unravel the mystery of the missing canary eggs. I especially enjoyed the trial process and the very clever dialogue.

This book is part of a series. Although this is my first read, I would explore reading the others. I heartily recommend this book for middle-grade readers, reluctant readers, and mystery lovers. Clever characters and crisp dialogue keep the story interesting. Enjoyable for readers of all ages.

Homesteader
5.0 out of 5 stars Perfect blend of natural history and fun storytelling
Reviewed in the United States on September 19, 2015
Verified Purchase
I bought this book for the pictures, but ended up enjoying it most for the story. The author strikes the exact right blend of natural observation and fun story-telling, so we learn about South African wildlife at the same time we ponder an intriguing whodunit.

My only minor complaint is the price, which I assume is due to the book being printed in color. But most of the illustrations are black and white, and I think even the color ones would have looked good in graytone. In the end, suspect the book could sell for a third of the price if it weren't printed in color.

That minor quibble aside, I'd recommend Leon Chameleon to adults and children alike. The biggest question is --- which of my friends and family should I lend it to first?
Read more
One person found this helpful
Helpful
Comment Report abuse

Lois W. Stern, Author, Creator of tales2inspire
5.0 out of 5 stars Little detectives will love this humorous mystery story, while learning a whole lot more about these woodland creatures
Reviewed in the United States on February 4, 2018
Verified Purchase
Perfect blending of humor, science and mystery, this entertaining little chapter book personifies each woodland creature with humor and fact. While engrossed in the detective work of unleashing the culprit of a crime, the author takes us from the nest of each of these animals to a lively courtroom scene presided by a wise old owl. Through humorous story telling and some clever detective work, young readers are led through to the finale, where they finally find the solution to the question: "Who stole Mrs. Canary's eggs?" The finely drawn pencil and ink drawings are an additional bonus, helping readers to realistically visualize each of the animals so humorously personified in the story.
Read more
Helpful
Comment Report abuse

Amazon Customer
5.0 out of 5 stars Color me happy!
Reviewed in the United States on November 8, 2015
Verified Purchase
Not to be confused with Leon the Chameleon by Mélanie Watt, which I haven't read, but which is evidently a young children's story about misfits and acceptance, this is a series for somewhat older children about a different chameleon coincidentally named Leon, and who is a private investigator just like his great uncle was. Jan Hurst-Nicholson is the author of Bheki and the Magic Light which I reviewed favorably back in April 2015, as I also did her young children's fiction about a left-handed girl, The Race. I also review the second book in this series on my blog.

Cinisajoy
5.0 out of 5 stars Great chapter book
Reviewed in the United States on March 12, 2015
Verified Purchase
Love Leon. Amazing book. This would be a great book for the kids that love to read or be read too. I can't wait to read more of Leon's adventures.
Read more
One person found this helpful
Helpful
Comment Report abuse

Amazon Customer
5.0 out of 5 stars A good story
Reviewed in the United States on January 24, 2013
Verified Purchase
I liked it a lot. I was surprised that it was that good. It had a lot of characteristics that I can relate to. I think that people will likely be inspired to do the right thing because your sin will find you out and you will regret that you didn't do the right thing when you are caught later.
Read more
One person found this helpful
Helpful
Comment Report abuse

Marilyn Peake
5.0 out of 5 stars Entertaining and Educational Children’s Book
Reviewed in the United States on April 10, 2015
LEON CHAMELEON P.I. AND THE CASE OF THE MISSING CANARY EGGS by Jan Hurst-Nicholson is a delightful children’s chapter book. It’s filled with interesting characters and fascinating details about real-world animals, their habitats and behaviors.

The main character, Leon Chameleon, is cool, calm and collected. He never panics or rushes to judgment. As a private investigator, he observes a crime scene very carefully to discover clues. In this particular book in the series, the crime being investigated involves Mrs. Canary’s three missing eggs.

The descriptions in this book are wonderful. While remaining true to their animal counterparts in the real world, the characters are delightfully and humorously portrayed. For example, a chameleon is the perfect animal to play the role of private investigator in this series. The following passage describes this quite well: “...Leon peered down, looking for the source of the commotion. His eyes, which sat on the end of bulging conical turrets, swivelled like searchlights. He could look backwards with one eye and forwards with the other, both at the same time. That was why he was so good at finding things. He was the best private eye in Pigeon Valley.”

Another animal perfectly suited to its role in the book is Constable Mole who helps Leon Chameleon with the investigation. This quote about him is perfect: “Mole worked underground. He did wonderful work, but it was always a problem finding him.”

The author’s extensive knowledge of animals and her tremendous skill at weaving that information into an entertaining book for children is impressive. This is a book that both children and adults can enjoy reading together.
Read more
One person found this helpful
Helpful
Comment Report abuse
See all reviews from the United States

Philip Whiteland
4.0 out of 5 stars Entertaining and educational
Reviewed in the United Kingdom on November 12, 2017
Verified Purchase
A charming little story that I'm sure would entertain children of all ages, even ones who are nearer to 60 than 6, like me! Leon Chameleon, along with the bumbling Mole and Sergeant Lorrie help to crack the baffling case of Mrs. Canary's missing eggs. Mole is particularly likeable as a character, but that rather goes with the territory for moles (unless you're a worm). What I really liked about this book is how it quietly teaches the reader about southern African wildlife. The only reason for giving it 4 stars rather than 5 has to do with the book not really being aimed at my age group. I'm sure younger readers will love it and gain a great deal from it.
Read more
One person found this helpful
Helpful
Sending feedback...
Thank you for your feedback.
Sorry, we failed to record your vote. Please try again
Report abuse