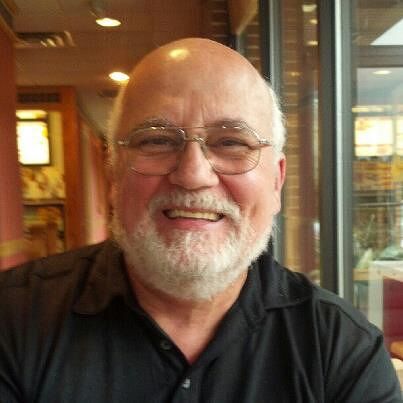 Les Lawrence, a voice of Christian Zionists, shares expert insight into the modern restoration of Israel and its existential threat from radical Islam. Born in Prophetstown, Illinois, Les and his wife, Doreen, were married at the close of the Six Day War on June 11, 1967. They both hold BA degrees from Berkshire Christian College and Les earned his Master in Theology Degree at Christian Faith College in Largo, Florida. Les and Doreen lived in Florida thirty years, and have three daughters and seven grandchildren. For 24 years, Les led Maranatha Chapel/ Flowing River Church in Clearwater, Florida, before embarking on his passion of speaking for Israel.

His first book, Prophesy To The Land! was written as a primer explaining the Biblical basis of Israel's restoration through the faithfulness of God.

His fifth book, Simple Islam, exposes the irreconcilable differences between the Bible and Islam. Blessing Israel, contrasts Biblical Zionism with the anti-Israel propaganda which has exploded into the new anti-Semitism. The Hebrew God Who Has No Name reveals the covenant Name of the God of Israel. His latest book is Speak To The Dirt published for Kindle in March 2018. It is a great description of how Israel became viable country after 1900 years.

Les and Doreen have made a number of trips to Israel, briefly living there in the mid '90s. They have lived in Wake Forest, NC for 18 years. Les leads Issachar Forum: A Prophetic Think Tank, weekly. Les writes twice a week for Elisha Vision Commentary and also posts a YouTube current events video each Sunday night. His newest book published in May 2021 is a biography of Michael Masambu: The Swahili Man - a Village Boy Who became a man of God for Kenya and the World. 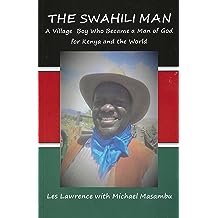 The Swahili Man: A Village Boy Who Became a Man of God for Kenya and the World Aug 11, 2021
by Les Lawrence, Michael Masambu
$4.99
Here is a man who never would have been born and never would have survived childhood apart from God. Michael lives to declare the victory of Jesus, the Messiah to generations of young people searching for their purpose and destiny. One thing Michael taught me was that your birth is not a date on the calendar, but a specific time of history in which one is born to walk out his purpose as a part of God’s plan. This is Michael’s story, living life as an archive of history. It is not so much leaving a legacy as it is living your life in the present, aware of making history. Michael inspires youth to create their own history by connecting to the supernatural flow of God’s eternal purpose. PDA stands for Purpose, Destiny, and Achievement. You can see that I used those three words as the outline of this biography. Why would a village boy be motivated to raise such a ministry? Why are these conferences provided free with no charge to Kenyan youth? Why provide food, lodging, and even transportation from all over Kenya? Even though he travels the world, why does Michael still live near his birth village? What is his vision for future ministry? These questions are answered in this biography.
Read more
Other Formats: Perfect Paperback 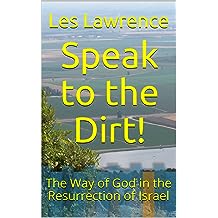 Speak to the Dirt!: The Way of God in the Resurrection of Israel Feb 27, 2018
by Les Lawrence
( 1 )
$4.99
Why would God command a man to speak to dirt? Yet "Prophesy!" is the command that the Lord Yehovah gave to Ezekiel. Its force is no less urgent today. End time prophecy regarding Israel is being fulfilled before our very eyes and the church needs to understand what God is doing in the Promised Land today.
A tremendous ingathering of souls is taking place all over the world. This is even more significant when considering the physical and spiritual ingathering of the Jewish people. In this book you will see how the events in Israel reflect the Fulfillment of God's plan, the coming of the Messiah!
"The spotlight of history is not held in man's hand but in the hand of God. He is the Director of the Final Act - He will do precisely what he has always said he would do!" 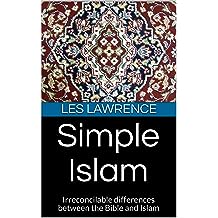 Simple Islam: Irreconcilable differences between the Bible and Islam Aug 14, 2017
by Les Lawrence
$3.99
IRRECONCILABLE DIFFERENCES BETWEEN THE BIBLE AND ISLAM. Contrary to majority opinion, we do not all worship the same God. Christians and Jews worship Yehovah, the God of Abraham, Isaac and Jacob. Clearly identified as a Father in the Bible, He also has a Son. Who has ascended into heaven, or descended? Who has gathered the wind in His fists? Who has bound the waters in a garment? Who has established all the ends of the earth? What is His name, and what is His Son's name, if you know? Proverbs 30:4 Islam, by contrast, adamantly denies their god is a father or has a son. The Jesus of the Quran is not the Son of God, and did not die. The aim of Simple Islam is to clear the chatter that confuses the issue.
Read more