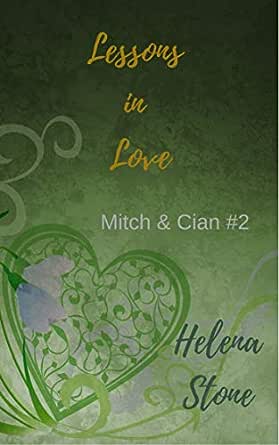 You've subscribed to Mitch & Cian! We will preorder your items within 24 hours of when they become available. When new books are released, we'll charge your default payment method for the lowest price available during the pre-order period.
Update your device or payment method, cancel individual pre-orders or your subscription at
Your Memberships & Subscriptions
There was an error. We were unable to process your subscription due to an error. Please refresh and try again. 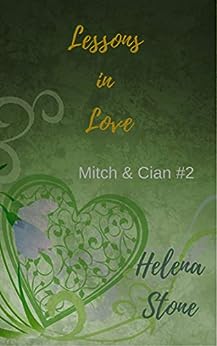 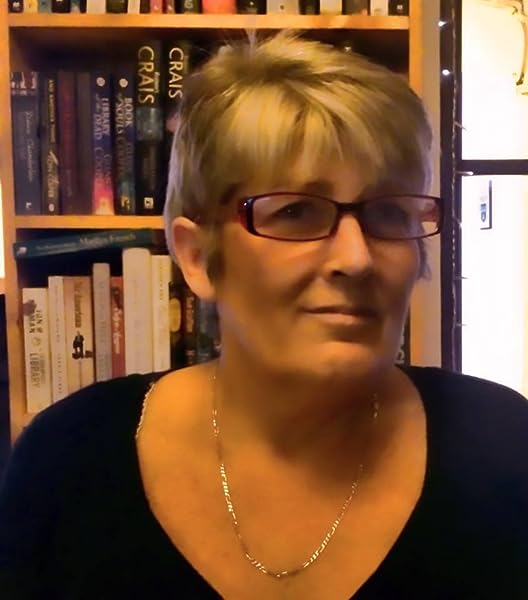 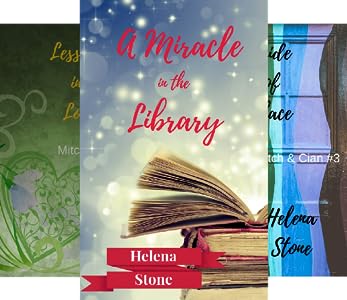 Elin
5.0 out of 5 stars Sweet and funny
Reviewed in the United States on June 16, 2019
Verified Purchase
I loved this book, it was sweet and well written.
Mitch and Cian is trying their way through uncharted territory with their first weekend together alone and with a bed that in Cian's mind seems to shrink for every moment while he waits for Mitch to arrive.

I've been nothing but grins more or less through the whole book, and I find myself wanting a longer novel after the taste of their relationship. A novel stretching its way through their years at University and even how they handle the next six months.
Read more
Helpful
Comment Report abuse

Yvonne
4.0 out of 5 stars Sweet short in an Irish setting
Reviewed in the United States on March 21, 2019
Verified Purchase
This was a lovely continuation of Mitch and Cian's love story. Well written as usual, and a joy to visit Dublin on St. Patrick's Day weekend with this cute couple. Cian is a few years older than Mitch but not all that experienced himself which makes for a wonderful discovery of each other.
Read more
One person found this helpful
Helpful
Comment Report abuse

PaulnSeattle
VINE VOICE
5.0 out of 5 stars More Mitch and Cian! ***swoon***
Reviewed in the United States on March 19, 2019
Verified Purchase
What a lovely continuation of Mitch and Cian's story from Miracle in the Library! Mitch is now of age and visiting his boyfriend Cian in Dublin. They are sweet, adorable and so good together :-) This is truly a "warm your heart" story.
Read more
Helpful
Comment Report abuse

Rebecca Slone
VINE VOICE
5.0 out of 5 stars 4.5*
Reviewed in the United States on December 15, 2019
This was one of the sweetest little books. And so adorably cute. I just loved it. It’s perfect for when you just need something light and sweet to take the madness of the world away.

Cian was pacing and going crazy. He was so nervous. Mitch was coming for his first visit with him and they were going to be sharing a room…..and a bed. Alone. Yeah, he had flatmates, but still. He fretted over what to get at the store, and if he should buy supplies or not. He fretted so much, he almost missed his time to leave to meet Mitch at the bus. But seeing Mitch’s black hair and that smile that lights up a room, and all Cian’s cares just melted away. At least for a moment. On the way back, he still fretted, but he realized he needed to relax, because Mitch may be just as nervous. But Mitch seemed fine until he discovered they were sharing a room and bed. And Cian knew he had to put Mitch’s fears to rest. So they relaxed and enjoyed their time together and seeing the sights of Dublin. There were a couple of tense moments, of people pushing too far or just being assholes, but it just reaffirmed for Cian, that Mitch was what he wanted and that what was important.

It was an important weekend for both of them. It deepened their bond in their relationship, once they relaxed and enjoyed themselves. It was very intimate and what they both needed. Yes, there were some sexual things that happened as they were discovering each other. It’s to be expected. But the most important part was the intimacy. Cian realized the brief encounters he had were just that. Encounters. This was what he wanted and needed from someone. That connection, the feeling of love blooming and so much more. And it left them both feeling like the world was at their feet. Of course, they knew better, but it was the point.

I’m really enjoying this little series. Seeing how these boys grow up and learn about themselves, each other and the world. I’m just rooting so hard for them.
Read more
Helpful
Comment Report abuse

padme35
VINE VOICE
5.0 out of 5 stars Must read
Reviewed in the United States on March 16, 2019
Not a lot I can say about Lessons in Love that I didn't say in Miracle in the Library where we first met Mitch and Cian. Mitch is now an adult and visiting his boyfriend at college in Dublin for the first time. Now there is definitely more heat in Lessons than Miracle now that Mitch is of age and even though to them Cian is older, they really aren't that far apart.

The "age gap" brings me to what I think I loved most about this St. Patrick's Day gem: despite being older and a college man, Cian isn't that experienced in the ways of physical love. Helena Stone lets us see into the mind of Cian and all the insecurities he's having from hand holding to sleeping in the same bed to sex. This element really showcased how both parties are still discovering all that relationships and life entail. For me that point changed this story from a lovely read to an absolute must.

So, Lessons in Love may not have the "sweetness" factor that Miracle in the Library did since Mitch is of age but its no less full of heart. When I enjoy a couple as much as Mitch and Cian this is where I normally hint to the author that it would be lovely to see the boys pop up in a holiday novella but since their journey started in a Christmas story perhaps we'll get to see them enjoying all the freakiness and creepiness of Halloween😉😉.
Read more
Helpful
Comment Report abuse

AL
5.0 out of 5 stars Sweet and loving
Reviewed in the United States on March 16, 2019
Lessons in Love is another part of Mitch and Cian's road to discovery of love and intimacy.
The book is a sweet and refreshing exploration of a first weekend together, where the boys must face both each other and the world around them.
We've all been or will be there - the first touches, first kisses, first bold moves and awkward silences. Helena Stone did a great job of invoking all those feelings and the read is a sweet one, showing hope and blooming love.
I usually go for more angsty books and this one was an awesome and refreshing change o pace.
*I received the book as an ARC, but the review is honest and all mine*
Read more
One person found this helpful
Helpful
Comment Report abuse

Devoted❤️Reader
5.0 out of 5 stars Butterflies
Reviewed in the United States on December 3, 2019
I imagine celebrating St. Patrick’s Day in Dublin is a bit like Mardi Gras and New Orleans, crazy. We get to experience all the feelings of new love along with Mitch and Cian. Watching their relationship progress as they overcame insecurities and adjusted to being a couple was steamy and sweet. I loved seeing Mitch’s confidence and his resilience. I found Cian’s awkwardness endearing. His protective and caring nature made my heart happy.

“You mean the world.” He and Mitch have an amazing connection and chemistry and are adorable together. I’m so happy they found each other. I fell in love with them and look forward to experiencing so much more with them.
Read more
Helpful
Comment Report abuse
See all reviews