Lessons from UNarmed America and millions of other books are available for Amazon Kindle. Learn more 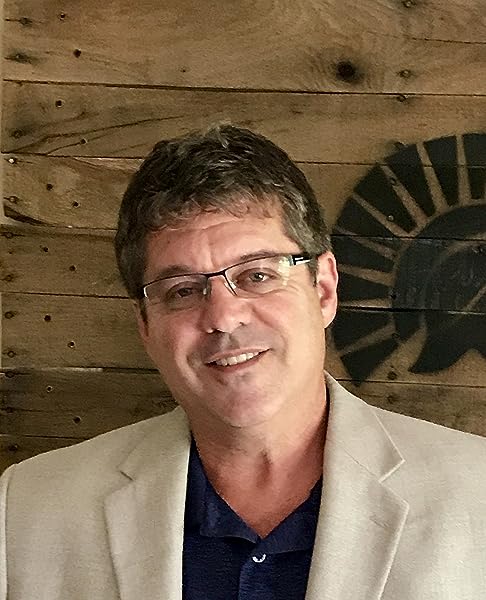 Rob Pincus is a teacher who has been active in the firearms and personal defense industry for over 20 years. He owns and operates I.C.E. Training Company and is the developer of the Combat Focus® Shooting Program. He has produced over 75 Training DVDs with Personal Defense Network™, written several other books including Combat Focus Shooting: Evolution 2010 and Counter Ambush and taught courses at scores of locations across the United States and Europe. Mark Walters is the nationally syndicated host of the Armed American Radio broadcast distributed by Salem Radio Network and co-author of "Lessons from Armed America" with Kathy Jackson. Mark's regular column, "One to the Head" can be read in the Delta Defense, LLC publication, Concealed Carry Magazine. Mark has discussed the right to bear arms as a guest on national television programs as well as too many local and national radio broadcasts to count. He has appeared as a guest speaker on the subject at several venues including the Second Amendment March in Washington, D.C. and the Gun Rights Policy Conference. Mark can be reached at aarradio@gmail.com
Start reading Lessons from UNarmed America on your Kindle in under a minute.

4.2 out of 5 stars
4.2 out of 5
53 global ratings
How are ratings calculated?
To calculate the overall star rating and percentage breakdown by star, we don’t use a simple average. Instead, our system considers things like how recent a review is and if the reviewer bought the item on Amazon. It also analyzes reviews to verify trustworthiness.
Top reviews

Leah
1.0 out of 5 stars This book was a reach.
Reviewed in the United States on May 27, 2015
Verified Purchase
I love books like these - real encounters, analysis after the fact, helpful advice - and in story format, to boot. As a supporter of the 2nd Amendment as well as being an American gun owner, I want to seek out and cheer on books such as these. I have the book's predecessor, Lessons From Armed America, which is a fascinating and useful read for anyone wanting to carry a gun for defense of self and family. This book was a reach. The book opens with the author's (Walters) story about employing a man who, after being terminated, at some point murders his wife. It was a long story about employing this guy and watching him spiral downward before firing him. The author was not in any altercation with the man. He wasn't present at the crime scene. He had no part in the man's life when the man killed his wife, some years later. The useful encounters in the book are those related by real victims who tell their stories so you can examine them and have a plan. Not "I knew a guy who did something bad after I didn't know him for a couple of years anymore" stories. Another chapter in the book is filled with the story of Walters having to Heimlich his choking 5-year-old. A terrifying story - and as a mother who has also had to perform the Heimlich on my own son - I empathized. BUT...this story had nothing to do with "unarmed America," rather it seemed placed there to fill up another chapter. I thought its inclusion was ridiculous, actually. The author wants you to look at it as a lesson in preparedness, but really, that doesn't belong in a collection of stories about attacks on unarmed Americans.

I must also add that the book had numerous grammatical errors and even misprints. Sloppy, and I feel it damages credibility. If you care a great deal about distributing useful advice about a life-or-death subject, please take enough time and pride to hand out a polished resource.

I understand the co-authors to be wonderful contributors to the firearms community, and I stand up and applaud them for that - truly I do - and we need more folks like them. But this book was poorly written and poorly edited. The good news is that there are some useful resources should you want to read them. Check out Kathy Jackson or Massad Ayoob instead.
Read more
5 people found this helpful
Helpful
Report abuse

S. Howton
5.0 out of 5 stars Easy to read, interesting, informative and very educational.
Reviewed in the United States on July 1, 2015
Verified Purchase
Another excellent book by the author that flies in the face, of what those whose loved ones are protected by heavily armed security teams, tell us to believe about "GUN VIOLENCE!"

Come on people! How much of the "GUN VIOLENCE!" we keep hearing about . . . is ILLEGAL ACTS that are committed in VIOLATION of numerous currently existing laws? How does DISARMING the intended victims actually HELP the victims?
Read more
2 people found this helpful
Helpful
Report abuse

DWareham
5.0 out of 5 stars Great Follow up book.
Reviewed in the United States on September 29, 2013
Verified Purchase
This book, the follow up to "Lessons from an Armed America" is just as good.

Mark does his usual great job relating the story and Rob is a master at deconstructing the events to show where a single change in attitude, decision, or action could have prevented or de-escalated the events.

Sometimes hard to read, to have to face the facts that what happens to us is usually a direct result of our actions and decisions, it is a book to awaken the reader to the harsh realities of life.
Read more
3 people found this helpful
Helpful
Report abuse

jtcsrtx
5.0 out of 5 stars Your choices have consequences
Reviewed in the United States on October 18, 2013
Verified Purchase
A "sequel" to Lessons from Armed America... tells stories of ordinary people being put into life threatening situations without being able to use a firearm for self defense. A comprehensive review of each scenario reviews what was done right, what was done wrong and suggestions to avoid or minimize putting yourself into these situations.
Read more
4 people found this helpful
Helpful
Report abuse

greg
5.0 out of 5 stars LESSONS DECISIONS
Reviewed in the United States on February 9, 2014
Verified Purchase
Each of us, individually, as a spouse or member of a family or a teacher have a serious decision to make.
Both Lessons from Unarmed America and Lessons from Armed America provide you with valuable information to assist you in making that serious decision. Do you want to be a survivor or a victim of a lethal attack aimed at you, those you love or are responsible for regardless of your choice of whether or not to arm yourself with a firearm?

If you believe you already know these disciplines I urge you to read both of these books as an update and reality check on yourself.
Greg
Read more
2 people found this helpful
Helpful
Report abuse

Tony Walker
5.0 out of 5 stars My story is in this book.
Reviewed in the United States on February 20, 2014
Verified Purchase
Sometimes he truth hurts. But sometimes what hurts us most enables us to help others best. I hope the story of my mother's murder had helped those who have read it. I've talked with the author multiple times and appreciate his willingness to help share my story. My name is tony walker and you can read about me and my mother in this sequel.
Read more
10 people found this helpful
Helpful
Report abuse

James M. Davies
4.0 out of 5 stars Thoughtful analysis
Reviewed in the United States on June 13, 2014
Verified Purchase
Well worth the read. Makes you think more about each incident, what other options they had. Even when you think you are prepared, there can always be something else that comes into play. Visualize, more than one possibility, because there is always more than one outcome possible.
Read more
3 people found this helpful
Helpful
Report abuse

Robert Kalman
5.0 out of 5 stars A must read for those who think it will never happen to them
Reviewed in the United States on February 4, 2014
Verified Purchase
Using real life stories these authors, who are experts in their field, show what can happen when you least expect, or even think you are prepared for it. Then they play Monday morning quarterback and look at how you may have performed differently. What was done that was correct, and the alternatives. I will look for more publications by these authors.
Read more
2 people found this helpful
Helpful
Report abuse
See all reviews
Back to top
Get to Know Us
Make Money with Us
Amazon Payment Products
Let Us Help You
EnglishChoose a language for shopping. United StatesChoose a country/region for shopping.
© 1996-2021, Amazon.com, Inc. or its affiliates