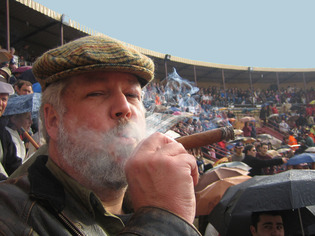 This is an important book, a contribution both to scholarship and to urgent public debate. Few of its readers will find their view of the American West unchanged, and those few will probably be of Starrs's party already.

Paul Starrs takes us on a lively, insightful ride through the varied ranch lands of the American West. Drawing skillfully on his visits to many different ranching areas, he clearly illuminates the difficulties confronting ranchers yesterday and today. Starrs also levels sharp criticisms at U.S. western land policy. Even readers who disagree with his prescriptions will find Starrs a stimulating, often provocative guide.

(Richard W. Slatta, author of The Cowboy Encyclopedia and Cowboys of the Americas)

Starrs's magisterial book redefines our understanding of the neglected subject of western livestock ranching. He shows the centrality of ranching in the complex and contentious relationship between fiercely independent westerners and historic federal government policies. Starrs provides a thoughtful and vivid overview while simultaneously deciphering five specific land tenure histories. The history of western ranching has a new champion.

The dime novel and dude ranch, the barbecue and rodeo, the suburban ranch house and the urban cowboy--all are a direct legacy of 19th-century cowboy life that still enlivens American popular culture. Yet, at the same time, reports of environmental destruction or economic inefficiency have motivated calls for restricted livestock grazing on public lands or even for an end to ranching altogether. In Let the Cowboy Ride, Paul Starrs offers a detailed and comprehensive look at one of America's most enduring institutions. Richly illustrated with 130 photographs and maps, the book combines the authentic detail of an insider's view (Starrs spent six years working cattle on the high-desert Great Basin range) with a scholar's keen eye for objective analysis.

Paul F. Starrs is associate professor of geography at the University of Nevada at Reno, editor of the Geographical Review, and a former cowhand.

3.8 out of 5 stars
3.8 out of 5
5 global ratings
How are ratings calculated?
To calculate the overall star rating and percentage breakdown by star, we don’t use a simple average. Instead, our system considers things like how recent a review is and if the reviewer bought the item on Amazon. It also analyzes reviews to verify trustworthiness.
Top reviews

Arthur Digbee
3.0 out of 5 stars Interesting material but often presented ineffectively
Reviewed in the United States on December 31, 2009
Verified Purchase
Starrs knows ranching. He worked for six seasons as a cowhand before going to graduate school. He's now a professor of geography at the University of Nevada, and writes extensively on ranching and the West. This book reflects that knowledge, and is full of both factual material and analytical insights into the rural West.

Unfortunately, it's often weirdly organized. The chapters don't tell a chronological story, and they don't really organize around an analytical story. There's a group of chapters on "legacy" at the start and a group on the "future" at the end, with case studies of five counties in the middle. But the "future" chapters include a lot of the past, and the "legacy" chapters mix history, lifestyle, politics, geography, and literature reviews in ways that I never could sort out in my mind. The best single chapter, with an overview of his major themes, was Chapter 4. That's an odd place to put your overview.

The presentation could also be better oriented to the reader. For example, Starrs will refer to something, like the Kincaid Act or the Spanish Mesta, without defining it. Then, dozens of pages later after the initial reference, the object may (or may not) be explained. There is a glossary at the end, if you happen to notice it - - but here, as in many books, a glossary is a substitute for thinking through the best way to present the material so that the reader doesn't need a glossary.

Starrs is at his best when he's not trying to wrestle with the general, but instead telling stories about specific places. His five chapters on western counties are very interesting. He's selected these well, with a mix of landholding patterns, ethnic make-ups, and histories. You'll emerge from each of these chapters with a strong sense of place, and with a good sense of how to compare these counties with one another. Those middle chapters deserve at least four stars. Alas, the strangely-organized presentation of the (albeit interesting) material before and after them drags the book down.
Read more
3 people found this helpful
Helpful
Comment Report abuse

PBS fan
5.0 out of 5 stars Well researched, well written
Reviewed in the United States on May 29, 2013
Verified Purchase
Simply put, this is an excellent book. It combines an overview of the United States' history of cattle ranching with a more detailed look at several specific regions. Throughout, the book persuasively argues that the federal approach to ranching in the west and, later, use of public lands for ranching, was always poorly thought out and ill-suited for the specific climate and geography of the western US. Anyone who thinks they understand the problem of public use for ranching should read this book because it will certainly deepen their perspective.
Read more
One person found this helpful
Helpful
Comment Report abuse

Kindle Customer
3.0 out of 5 stars Good Historical Book
Reviewed in the United States on February 13, 2013
Verified Purchase
I bought this book for my Alzheimers husband who was a cattle rancher all of his life and while it was a great historical book, I was hoping that it would have more pictures to bring back memories.
Read more
One person found this helpful
Helpful
Comment Report abuse

Laura Pritchett
5.0 out of 5 stars A fascinating and comprehensive look at ranching . . .
Reviewed in the United States on September 15, 1999
I came across this book while doing research about ranching in the American West -- this book is by far the most interesting, comprehensive and well-written book about the cattle industry that I've found.
Read more
27 people found this helpful
Helpful
Comment Report abuse

J. Gingerich
5.0 out of 5 stars Great Study
Reviewed in the United States on November 3, 2010
Excellent academic look at the cultural evolution of ranching, from the Spanish entry to North America until modern times. Illustrates why ranching is important as a culture and livelihood, and, at its best, a sustainable and productive way to manage landscapes.
Read more
3 people found this helpful
Helpful
Comment Report abuse
See all reviews
Pages with related products. See and discover other items: history of landscape architecture, ranching stories, texas landscape