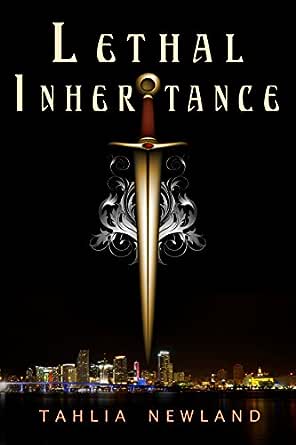 You've subscribed to The Diamond Peak! We will preorder your items within 24 hours of when they become available. When new books are released, we'll charge your default payment method for the lowest price available during the pre-order period.
Update your device or payment method, cancel individual pre-orders or your subscription at
Your Memberships & Subscriptions
There was an error. We were unable to process your subscription due to an error. Please refresh and try again. 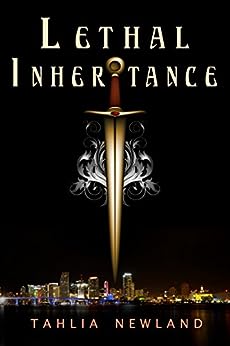 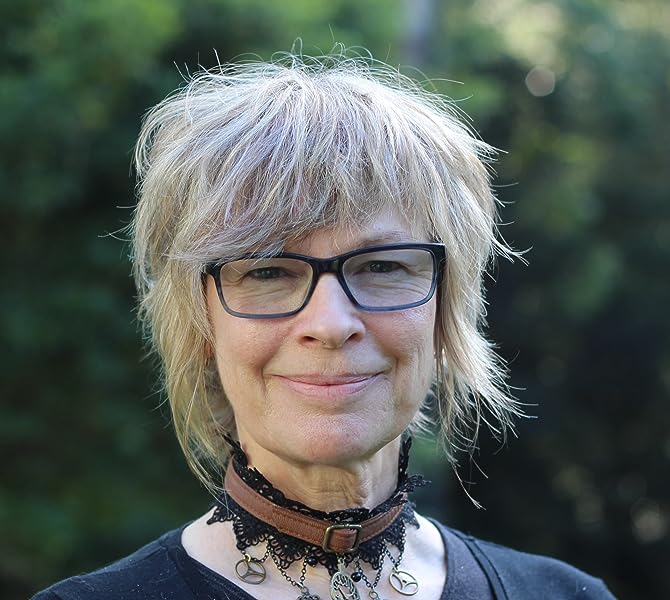 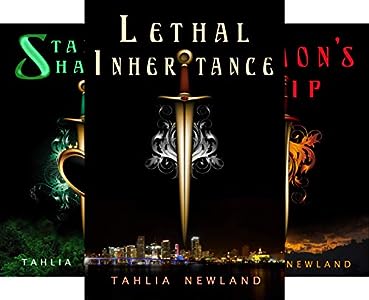 "A fast-paced fantasy adventurethat is a highly entertaining and metaphysically fascinating tale for readersof all ages." Krisi Keley, author.
"Lethal Inheritance has some of the best writing that I have seen in a long time. If you like fantasy books at all, you HAVE to read Lethal Inheritance . . .it has it all- rich, detailed world building, insanely realistic characters, and a kick ass fantasy plot." Book Briefs  Reviews

Tahlia Newland is an editor and artist as well as an author. She makes masks and steampunk accessories that you can see at tahliasmasks.com, and she lives in an Australian rainforest with a husband and a cheeky Burmese cat who appears in all her book series.
Tahlia has studied Buddhism and meditated for many years, and her writing aims to help readers understand and learn to work with their minds so they can lead happier lives.

KEVIN BERRY, AUTHOR
4.0 out of 5 stars Action-packed YA fantasy
Reviewed in the United States on November 11, 2012
Verified Purchase
Lethal Inheritance is an action-packed metaphysical YA fantasy adventure. The action and tension in the story start quickly with the abduction of Ariel's mother by a demon, and her own narrow escape, followed by her quest to rescue her mother. She is guided by knowledgeable and likeable characters who teach her ways to learn self-control and master physical and mental techniques (hence the 'metaphysical' in my description earlier) to find and overcome the demon who kidnapped her mother, Nadima. Along the way on this journey of self-discovery, she and her companions / guides meet with various adventures and a variety of the demon's minions, leading to plenty of action, great interaction between the characters themselves, and a bit of romance. Most of the story is told from Ariel's point of view, but in other places, the point of view switches to one of her companions, Nick, and these viewpoint changes are clearly denoted.

Reading this story reminded me of two other books in particular (both very good ones): Running With The Demon by Terry Brooks, because that also has a young female protagonist hunting a demon and other similarities, and The Lord of the Rings, because of the fantasy quest and the good against evil theme. However, Lethal Inheritance has a unique blend of spirituality, philosophy and magical realism (or realistic magic) that the author has used to great effect in other books such as You Can't Shatter Me. It is these elements that make the story different and engaging to read. Most of the story is fairly well-paced, though at one point the characters allowed themselves to be diverted and delayed by the 'Lures', a series of zones of the imagination that trap unwary travellers within, and here some of the urgency of the quest was temporarily forgotten. Nevertheless, the whole book was a fun read, seamlessly layered with philosophical themes adding depth to the adventure, with engaging characters and evil antagonists, a bit of humour and romance and great action sequences.

Lethal Inheritance is the first of a series, and I look forward to reading the others.
Read more
2 people found this helpful
Helpful
Comment Report abuse

Wilbur Orville
4.0 out of 5 stars New Age Returns...in a Good Way
Reviewed in the United States on February 9, 2015
Verified Purchase
Excellent storytelling in a genre that's somewhat long in the tooth, so kudos to Tahlia Newland. I bought this on a quest for examples of well-written YA fantasy that manages to be enough out-of-the-box to be interesting to a person (me) with grandchildren almost old enough to fit the target readership. Naturally, the elements of the tale I found most fascinating were the author's metaphysical constructs (vs, say, the strong romantic elements). These pulled me back into the time when minds were more open and "New Age thinking" flourished. I found Ms Newland's underlying message — that our spiritually empty "modern society" is infested with demons of our own making — to be right on the money; the Diamond Peak series is her way of planting seeds in youthful minds, a worthy mission. Worked for me and helped the book transcend the usual hackneyed fantasy tropes. I wish I'd been lucky enough to have a high school teacher like Ms. Newland. ;-)

Dixie
5.0 out of 5 stars Watch your thoughts--it gets easier with practice
Reviewed in the United States on November 22, 2013
Verified Purchase
Ariel is a typical teen, complaining about school and her upcoming exams, when her world is shattered by the disappearance of her mother and she discovers the existence of a parallel world of demons and magical creatures. Totally unprepared for her role, she discovers she must rescue her mother from the demons who feed on the negative emotions of people. In Ariel’s world, as in our own, negative emotions are destructive, and often dangerous.
I loved watching Ariel grow into her role and sympathized with her lack of confidence. Like most teens, she does not always make the right choices, but her intentions are good, and she carries on in spite of her fear.
The world in which the story takes place was painstakingly built and consistent. The story is filled with twists and turns, success and failure, with a touch of budding romance. I’m on to the next one.
Read more
Helpful
Comment Report abuse

Tim Greaton
5.0 out of 5 stars You'll need a sword not a smart phone...
Reviewed in the United States on April 30, 2013
Verified Purchase
Tahlia Newland is an author who remembers the fear and bravado that every teen feels when first stepping away from their parents. She also understands that only by challenging her characters to their breaking points, can their true selves be examined. In Lethal Inheritance, this first book in the Diamond Peak series, she delves into all of that and more.

Ariel is a typical teen living with her single mom--until demons break into their house and brutally assault and kidnap her mother. Ariel barely escapes to track the kidnappers to a nearby hillside where, impossibly, they dart into an open gash that heals over before she can follow. She's left staring at an impenetrable, rocky slope. A few hours later, Maya, a mysterious old friend of the family, explains that there are many secrets from her past and that only by uncovering those mysteries can Ariel ever hope to see her mother again.

And so the terrified teen begins a quest to another realm, where her coming-of-age journey is equal parts adventure and self-discovery. Along the way, she meets various foes and friends, including a fascinating but infuriating boy her own age (Nick) and an enigmatic old man (Walnut) who seems utterly incapable of answering a simple question in a simple way. As she pushes further and further up Diamond Peak Mountain, the danger grows until she literally has demons nipping at her heels.

This urban fantasy has a unique dash of sci-fi and a lens of self-awareness that kept me particularly engaged. When you add that the author Tahlia Newland has a poetic deftness with language and that her prose has been beautifully edited, A Lethal Inheritance becomes an obvious and wonderful investment of entertainment time.