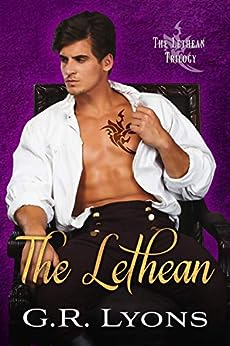 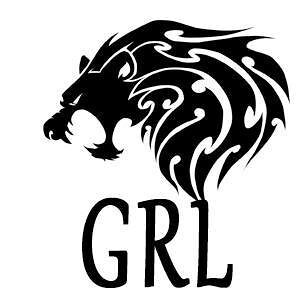 by G.R. Lyons (Author) Format: Kindle Edition
Book 1 of 3: Lethean Trilogy
See all formats and editions
Sorry, there was a problem loading this page. Try again.

His soulmate is human and way out of his league...

In Regency Britain, lowborn Landon Hale looks like any ordinary human, but he is so much more. He is of the Lethean—a minor race of people who can tell truth from lies, and can feel the very existence of their soul partners.

When Landon meets his partner, Miss Victoria Braddock, and realizes she’s both human and a wealthy heiress, he must struggle to balance his desire with the requirements of propriety and the need to keep his heritage a secret.

As their paths intersect with that of a serial murderer who is targeting the Lethean, lives will be at stake and truths will be revealed.

Audible Holiday Deal
Join Audible Premium Plus for 60% off. Only $5.95 a month for the first 3 months. Get this deal
Books In This Series (3 Books)
Complete Series
Lethean Trilogy
Kindle Edition
Page 1 of 1Start OverPage 1 of 1
Previous page
Next page

G.R. Lyons lives on California's beautiful Central Coast, daylighting as an office manager for the family auto repair business. Between work orders and after hours, Lyons can be found reading all manner of books or working on one of multiple manuscripts. --This text refers to the paperback edition.

G.R. Lyons stumbled into writing as a form of trauma recovery when traditional therapy wasn't working.

Then the story ideas just kept on coming.

Pulling from a vivid imagination as well as real-life experience as a trans man, a sexual assault survivor, and a person living with mental illness, Lyons has written multiple, interconnected series set within his fictional world of the Shifting Isles.

When not writing, Lyons can be found belly dancing around the house, studying anarcho-capitalist philosophy, buried in his never-ending TBR pile, or working out at the local CrossFit gym.

Dylan Saccoccio
5.0 out of 5 stars Very Strong
Reviewed in the United States on May 19, 2014
Verified Purchase
G.R. Lyons is comparable Robin Hobb, Bram Stoker, Mary Shelley and that other hack writer, Charles Dickens or whatever his name is. ;)

She drives her story at a little bit faster of a pace than Robin does, which in my humble opinion makes the story more accessible as a male reader. However, don't misinterpret my words. She still gives a ton of a attention to detail, like Robin, to bring her surroundings and actions to life, which is more of a challenge in this world because it is a period piece, and so for her to describe something as simple as a customary dance or manners like taking a bow the little things that people did differently back then, especially in the language that was specific to that time period, it's pretty incredible. We read a lot of classics and think they're amazing, but they were written during that era so it was no stretch for those authors to create those environments that seem like fairytales to us. You'll feel like your reading a classic, but the author lives today which is what makes G.R. Lyons' writing so impressive. Have fun with it!
Read more
One person found this helpful
Helpful
Report abuse

L. E. Cartwright
5.0 out of 5 stars Enchanting story of loss, longing, and love
Reviewed in the United States on June 9, 2018
Verified Purchase
I very much enjoyed this book which was recommended to me by a friend. It has all of the elements needed to keep your interest and is well written. Not a heavy read, but at times sorrowful enough to give it that feeling that *this* could really happen - and even moments of wishing it was reality. Looking forward to the next in the series.
Read more
Helpful
Report abuse

Lisa M
5.0 out of 5 stars Hooray for new author!
Reviewed in the United States on October 1, 2014
Verified Purchase
WONDERFUL, well written novel by first time author! Correct grammar and a rare typo - what a treat. Looking forward to the rest of the trilogy.
Read more
Helpful
Report abuse

linda
5.0 out of 5 stars wonderful can't wait for more
Reviewed in the United States on March 9, 2019
REVIEWED BY: LINDA TONIS
MEMBER OF THE PARANORMAL ROMANCE REVIEW TEAM
Lethean, who look human but are more, capable of reading other’s thoughts and they are soul-sharers waiting until they find their soul partner the other half of themselves. Sounds romantic and beautiful but it has a downside when one dies so does the other, the lose of half your soul is a pain unbearable to live with.

Landon Hall is a member of the security staff at Westbrook House a school for girls whose biggest benefactors have died. Victoria Braddock has come to Westbrook to wait until parent’s estate is settled and then she will become a very independent and wealthy woman, a rarity among English females. When Victoria enters the house Landon immediately knows he has found his other half only he has two strikes against him, she is human and she is way above his class.

Landon’s only hope is to get Victoria to want him the old fashioned way but he has little faith in it working. All he feels when he sees her is anger because of what he knows can never be but he has no idea that Victoria was attracted to him as soon as she saw him. Although a human can’t possible feel what a Lethean can and would not welcome death if they lost their partner he can only hope that he can have her any way possible. If he doesn’t succeed he knows that he will take his own life.

Landon’s employer Mrs. Westbrook is fully aware of what he is but she also knows how important he is to the welfare of the girls under her tutelage. Landon knows that she has an admirer in Andrew Lawrence from her parent’s solicitor’s office a man she has already turned down three times but Landon doesn’t know that, yet.

While Landon is trying to figure out his relationship with Victoria they become aware of a serial killer stabbing Lethean women to death leaving behind their dead spouses with no idea what killed them. There really isn’t a question of who is the killer even though I won’t reveal it in this review but it is someone of upper class who puts himself above others and removes those he feels do not deserve to live.

The relationship between Victoria and Landon was beautiful and the author did such a great job of bringing the reader into it. There were surprises and secrets revealed and I especially loved reading about the history of nineteenth century England, wow so pompous and righteous, you had to be practically engaged to call a person by their first name, well close.

I look forward to book two which I will start as soon as I finish this review.
Read more
Helpful
Report abuse

LJ
2.0 out of 5 stars Good premise, bad execution
Reviewed in the United States on February 28, 2019
I thought this book sounded interesting and the reviews were positive so I gave it a try. Sadly I cannot agree with the other reviewers. There was next to no dialog between the characters - a major pet peeve of mine. For the majority of the book the h and H spent all of their time thinking, wishing, and wondering what the other one thought. There was very little action or interaction, which makes for a boring read - at least for me. There were also some confusing contradictions and odd phrasing. And the murder plotline just seemed awkward. I know the setting is supposed to be an alternate world, but there was never any real explanation of the Lethean people, which makes them less believable for me. With more thought and planning this could've been a good book.
Read more
Helpful
Report abuse

LCON
5.0 out of 5 stars If you're looking for something fresh and different, this book is for you.
Reviewed in the United States on April 24, 2014
The Lethean is a fantastic journey into nineteenth-century romantic fiction -- with a paranormal twist. Landon Hale and Victoria Braddock aren't just your average lovers, they're Lethean -- a race of souls who are born as two parts of a single whole, literally incomplete without the other. Facing both the impediments of social customs -- Landon is a commoner, Victoria of the aristocracy -- and a serial murderer targeting their people, theirs is not an easy path. It is, however, rewarding reading. Well done, Ms. Lyons.
Read more
One person found this helpful
Helpful
Report abuse

phoenix*rising
5.0 out of 5 stars looking forward to the rest of this series
Reviewed in the United States on March 19, 2014
just getting into this first book from this first time author. impressed so far and can't wait to see how the series and the author develops from this point.
Read more
3 people found this helpful
Helpful
Report abuse
See all reviews
Back to top
Get to Know Us
Make Money with Us
Amazon Payment Products
Let Us Help You
EnglishChoose a language for shopping. United StatesChoose a country/region for shopping.
© 1996-2021, Amazon.com, Inc. or its affiliates