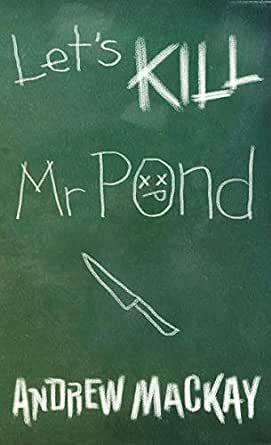 You've subscribed to Chrome Junction Academy Series! We will preorder your items within 24 hours of when they become available. When new books are released, we'll charge your default payment method for the lowest price available during the pre-order period.
Update your device or payment method, cancel individual pre-orders or your subscription at
Your Memberships & Subscriptions
There was an error. We were unable to process your subscription due to an error. Please refresh and try again. 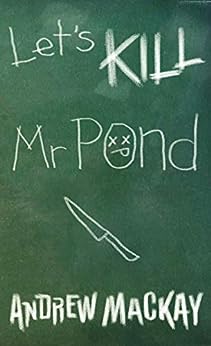 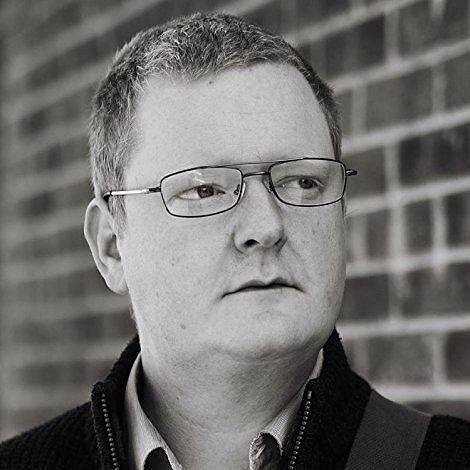 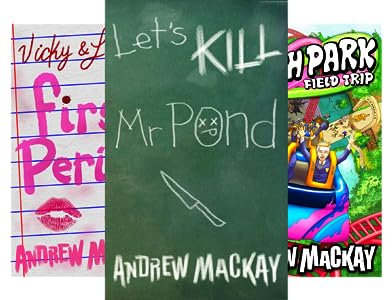 ★★★★★ A true coming of age story about boys and the influence of friends. Very scarily real - BekaReads

Aisha K.S. Hashmi
5.0 out of 5 stars Heads up world, things happen and it could be YOUR child who does this type of sick and horrible action! PAY ATTNTION
Reviewed in the United States on February 7, 2018
Verified Purchase
This book was so good that even though I am an arc reader I still purchased it. I was unaware that this was based on a real story, and that made me so interested to find out more about the real life story. Again, Mr MacKay's foray into serious and heart gripping work versus his other more fun, lighthearted works had turned me onto my ear. It is so true to life and right on target with how the human condition is. No matter what you may think, there is truly a commonality between how the mind thinks and how scary it is that ALL good or bad actions start with just ONE SINGLE THOUGHT> It is if you act on it or not that makes all the difference in the world. Mackay, thanks so much for bringing the reality of how life can change in the blink of an eye, and make us all more aware of those around us and make us paranoid about our own children, maybe it will save a life.
Read more
One person found this helpful
Helpful
Comment Report abuse

Kristen Heyl
3.0 out of 5 stars Reflective of today's society.
Reviewed in the United States on February 14, 2018
Verified Purchase
This plot reflects what has been happening int his world in this day and age. Strong, realistic believable characters. The language is a bit rough but pretty sure that it is somewhat reflective of what you might hear coming out of some kid's mouths these days. I was given a free copy of this book.
Read more
Helpful
Comment Report abuse

Connie C
4.0 out of 5 stars Did they really do it?
Reviewed in the United States on February 26, 2019
Verified Purchase
It took me a bit to get into the tenor of the book but once I did I thoroughly enjoyed it. The planning & plotting of the kids made for an interesting read. On to Belch Park next. Thanks Andrew for creating this engaging read!
Read more
Helpful
Comment Report abuse

Claudia
5.0 out of 5 stars You won't want to put this one down.
Reviewed in the United States on January 14, 2018
Verified Purchase
Interesting story, this is one you won't put down until the end. Thanks for another great story Andrew Mackay.
Read more
One person found this helpful
Helpful
Comment Report abuse

Angela Peterson
5.0 out of 5 stars Tsking
Reviewed in the United States on January 14, 2018
Verified Purchase
An amazing coming of age story that had me tsking Jonnie and shaking my head all the way through! Great job Andrew!
Read more
One person found this helpful
Helpful
Comment Report abuse

Valerie Roberson
5.0 out of 5 stars Another Outradgest Story with Andrew Mackay's sence of Humor!
Reviewed in the United States on November 7, 2018
Everybody had a teacher in school that didn’t like them or you didn’t like a teacher. It happens for many different reasons. But to hate a teacher to the point of premeditated killing, well that is way out there. Andrew Mackay managed to come up with a story just like that. He used his cense of humor throughout the book and you find yourself giggling and then feel bad because of the situation. Yes that is Andrew’s way to keep you locked in place and turning the pages.
Johnnie and Sam were I guess you would call them best friends and live in the projects of Chrome Junction. I love how real events were added in the story. Anyway, the two boys were as opposite as could be. Sam was smart and on the quiet side, living with his parents and little sister in the fifth tower. Johnnie comes from a broken family and lives with his Dad, who is never around always working and his big brother who is way into sex to much and lives in the third tower.
The boys go to Chrome Junction Academy for school. I can’t quite tell you what grade they are in, because over in the UK, they call grades way different then here in the US. I want to say Middle School (7 or 8th grade). Out of their teachers, Mr Pond seemed to dislike Jonnie more then the rest and Johnnie convinced Sam that he needed to be killed. So the story takes off from here. The watching, the plotting, the planing and the timing. When the boys thought the time was right, they would strike.
The part of the police questioning and how it explained the who , the why and the where was fantastic. It put more inside to the story and some of the surprises were mind blowing, especially one. As a parent and grandparent, I have to laugh at some of the stuff Sam comes out with. Such as: By the way, is it normal for all white stuff to come out? and "Looks like an olden days machine thing" as Sam pointed at the CD Stereo player. "He's left his ... What ever that thing is ... playing music" These two don't know what a CD Player is. At least is wasn't an 8 Track player like I had as a teen. LOL! As usual, I couldn’t put the book down and I truly thought the boys wouldn’t go through with it. Andrew Mackay has a way of twisting the story just right so you think you are going one way, but you are really going the other way and I love that about his book
Read more
One person found this helpful
Helpful
Comment Report abuse

Gary Moreau, Author
4.0 out of 5 stars Some of the best dialogue you’ll find in a coming of age story
Reviewed in the United States on January 15, 2018
This is a dark, satirical coming of age story about two adolescent boys who conspire to kill a teacher in their English trade school on the rough side of town, where the inherent contradictions of politics and progress seem the most sharp, vivid, and often absurd. It’s a tale that is often comical in its level of realism but full of both hidden meaning and blatant symbolism.

This is normally not my literary cup of tea, but I don’t believe in taking my mistakes in choosing out on my rating. The writing, moreover, particularly the dialogue, is superb. It is graphic and vulgar, but stops short of raunchy, in the precise way that adolescent boys often do in real life. It is tragic in the end, but more like the Lost Boys of Neverland embrace The Dark Side, which, of course, is where the satire comes in.

It’s a quick read and it will definitely hold your interest. There is a consistency to the writing that you won’t find in many books of any genre.
Read more
3 people found this helpful
Helpful
Comment Report abuse

Teresa
4.0 out of 5 stars Disturbing and page turning!
Reviewed in the United States on October 6, 2018
Reviewer: Teresa Fallen Angel

This was a psychological thriller taking place in a middle school. Jonnie and Sam live in an area where families have difficulties with day-to-day survival/ Jonnie’s mother left them and his father is basically an absentee parent. Sam’s parents are very strict, but Jonnie’s friendship and influence may not be the best for him. The two of them stand together backing each other up. As Jonnie’s behavior gets more out of control his temper starts to get the better of him leading him and Sam into trouble at school. Jonnie’s inability to understand how his actions lead to trouble he decides it would help everyone if they killed Mr. Pond. Sam not only goes alone with it, but his ability to plan things out makes it possible.

Now this was a very disturbing look at how some individuals minds can be warped into believing that everyone would be glad if they killed someone. Now Sam may have planned it out, but there is a distinct possibility he didn’t think they would really do it. But he should have known that Jonnie always does what he says he will do. The characterizations and real-to-life situations brought the story to life in the most tragic and diabolical fashion.
Read more
Helpful
Comment Report abuse
See all reviews

kinkers
5.0 out of 5 stars Take off your blinkers
Reviewed in Australia on January 13, 2018
Verified Purchase
There were a lot of things that I liked about 'Let's Kill Mr Pond', but what I liked most was the fact that the message/s the author was trying to convey were right out in the open. [NB. The same applied to Simple Machine and to (the most of) the series In Their Shoes. All worth reading.] Unfortunately, in my opinion, this has not been the case of some of his other publications.

The matters of social inadequacies that are all out there but ignored by society and authorities and everyone conveniently turns their head/s from as if they don't exist. Economic inequalities, money on one side of the road but poverty on the other, broken families, only minor attempts to maintain a bond of family, teenage disrespect for authority (rendered by the authorities themselves in a lot of cases), bullying, digital games(& movies) promoting violence as the (only?) answer to boredom or anger, peer pressure and more. Even the almost hidden matter of Pond parking in a disabled parking spot - just a teeny weeny sentence, but it really says a lot; plus it's something that really gets up my nose. All out there so that people who read the book cannot turn away from it.

I saw it as a psychological murder/thriller that was a real page turner. Gradual developments of police investigation within the story fit in well too.
Read more
Report abuse
See all reviews