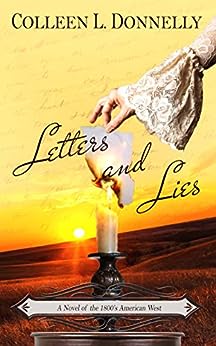 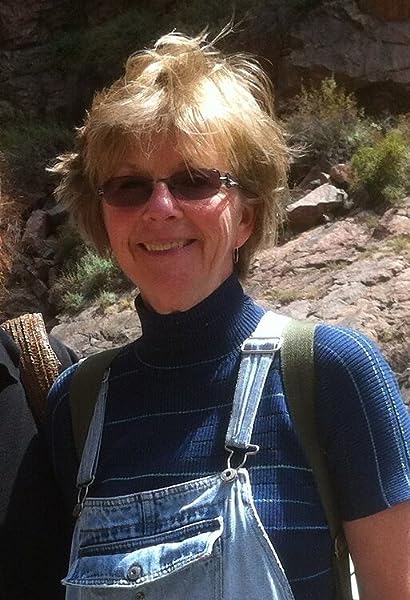 Susan Dobson
5.0 out of 5 stars Distinctive voice, relatable heroine
Reviewed in the United States on June 2, 2020
Verified Purchase
I wouldn't usually read a book set in the old West, but Ms. Donnelly kept my attention from the beginning. Louise is a fully-fleshed heroine, whose motives are not always admirable, but is all the more relatable for her flaws, as she reaches out through her brokenness to help others. Though the launching point for the story is a broken romance, it becomes more about friendship, and sisterhood in particular. This is the second book I have read by this author (also Out of Splinters and Ashes), and I enjoyed the distinctive style of each.
Read more
Helpful
Report abuse

Kindle Customer
4.0 out of 5 stars Lies Lead to Love
Reviewed in the United States on June 3, 2020
Verified Purchase
Louise, a jilted mail order bride, is determined to find the man she knows only through his letters. Her lies lead her to managing a restaurant in a small town, and to a number of surprising twists and turns in her quest to outwit a corrupt banker. You will laugh, cheer, and cry with Louise (now Penelope) as she works to save the town and its people, and in doing so finds herself. G rated love story.
Read more
Helpful
Report abuse

Liz
5.0 out of 5 stars Funny and original!
Reviewed in the United States on June 1, 2020
Verified Purchase
I enjoyed this story--although I admit to having a little trouble keeping up! I found myself laughing out loud at the word, "Drat," and anticipating it. Colleen Donnelly has a warm, refreshing voice and I loved reading it.
Read more
Helpful
Report abuse

T.P. Warren
5.0 out of 5 stars Loved every page!
Reviewed in the United States on July 30, 2020
Verified Purchase
Wow, a riveting and romantic historical read. The heroine is admirable and the hero is sooo sexy. The author paints a vivid picture of each scene and makes you feel like you’re there. I love the twists and the element of suspense in the story. Will definitely read more by this author!
Read more
Helpful
Report abuse

SW
5.0 out of 5 stars Loved it!
Reviewed in the United States on May 26, 2020
I loved all the descriptions, details, and themes throughout the book. Louise’s heartache bled onto the pages, an intense hurt that I could feel as a reader.

When our heroine boards a train headed west where her ex-fiancé lives, she plans to force open the door that had closed to her after being jilted by the man. Only, when she meets his friend, Everett, on the train, her life begins to spiral out of control as she digs herself deeper into a hole with each lie she tells. What had begun as an innocent alias turned into something far more dangerous such as fraud and possibly even an accomplice in murder.

I absolutely loved the comparison of words to bullets throughout the story. Although Louise doesn’t need to shoot a gun, she has plenty of ammo on the tip of her tongue.

One of my favorite relationships in the story was the platonic one between Louise and Cook. Cook’s bark was as bad as his bite, but Louise never backed down, and although it took time (a lot of it), they came to eventually respect one another. The interactions between Louise and Cook show just how fearless she is and how far she is willing to go to make a good change in someone else’s life, or in this case, lots of people’s lives. Although her motive behind helping Lizzy with her restaurant had been selfish at first, it quickly turned into a desire to do good.

This book held me on the edge of my seat as I wondered what would happen next, what the reactions would be when people learned of her lies, and especially the mystery between her, Everett, Jim, and six powerful, heart-wrenching words: Don’t come. I can’t marry you.
Read more
Helpful
Report abuse

karenc
5.0 out of 5 stars That's my story and I'm sticking to it!
Reviewed in the United States on May 24, 2020
Louise has been corresponding with Jim, and accepts his marriage proposal. Shortly before she leaves St. Louis, he sends a telegram - "Don't come. I can't marry you." She leaves anyway, intending to find out what happened. While on the train, she tells a little lie about who she is and where she's headed, and now she's stuck in Larned, KS. What a unique and different book - and I loved reading it! Louise is trying to make the best of a bad situation, and gets in over her head. But she's persistent, and completely devoted to Lizzy, Les, Cook and Tina and their attempts to make the restaurant profitable. Brandt stinks from the first time he appears, and it's a wonderful sight when he gets what he deserves. Amber is not much better than Brandt, especially her holier-than-thou attitude. Everett - I fell in love with this man from the beginning - love that he still likes Louise even when he finds out her secret. I loved reading snippets of Jim's letter to Louise. When it was revealed why Jim couldn't marry Louise, lets just say that there were a few tears on my part. I'm so glad I had the opportunity to read this book from a new-to-me author.

Laura Hartland
5.0 out of 5 stars Highly recommended.
Reviewed in the United States on May 25, 2020
This was an incredible book. The author has a very unique voice, that combines creative vocabulary with an almost stream-of-consciousness narrative, at times. The premise of the book snagged my interest right away. Who wouldn’t want to see a jilted woman go after the man who rejected her, and maybe give him his come-uppance? This reader did! The story didn’t go quite as I expected, and that’s an understatement. A lot of things happen to Miss Louise Archer before she even lays eyes on her would-be husband. She becomes embroiled in the lives of a number of characters, in the town where she fetches up. And oh, these characters! So real, and so off-beat, like folks you’d actually meet if you took a train west. My personal favorite was Cook. I swear, I’ve known a number of men just like him. Even the minor characters have strong personalities. And oh, just wait till you see what happens to Miss Louise.

Lies pile atop lies, till it’s hard to keep track of them. It’s a delight to find out how it all works out. A highly recommended read that will give you a true taste of the historical west.
Read more
Helpful
Report abuse
See all reviews
Back to top
Get to Know Us
Make Money with Us
Amazon Payment Products
Let Us Help You
EnglishChoose a language for shopping. United StatesChoose a country/region for shopping.
© 1996-2021, Amazon.com, Inc. or its affiliates