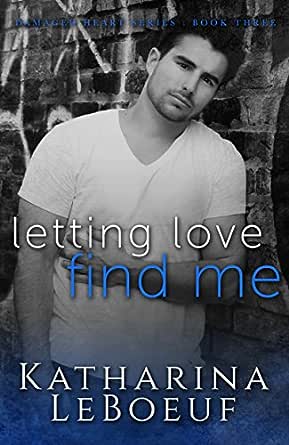 You've subscribed to Damaged Heart Series! We will preorder your items within 24 hours of when they become available. When new books are released, we'll charge your default payment method for the lowest price available during the pre-order period.
Update your device or payment method, cancel individual pre-orders or your subscription at
Your Memberships & Subscriptions
There was an error. We were unable to process your subscription due to an error. Please refresh and try again. 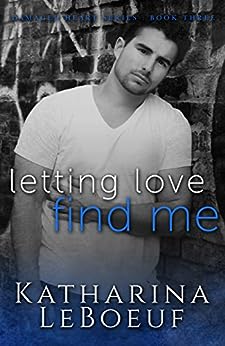 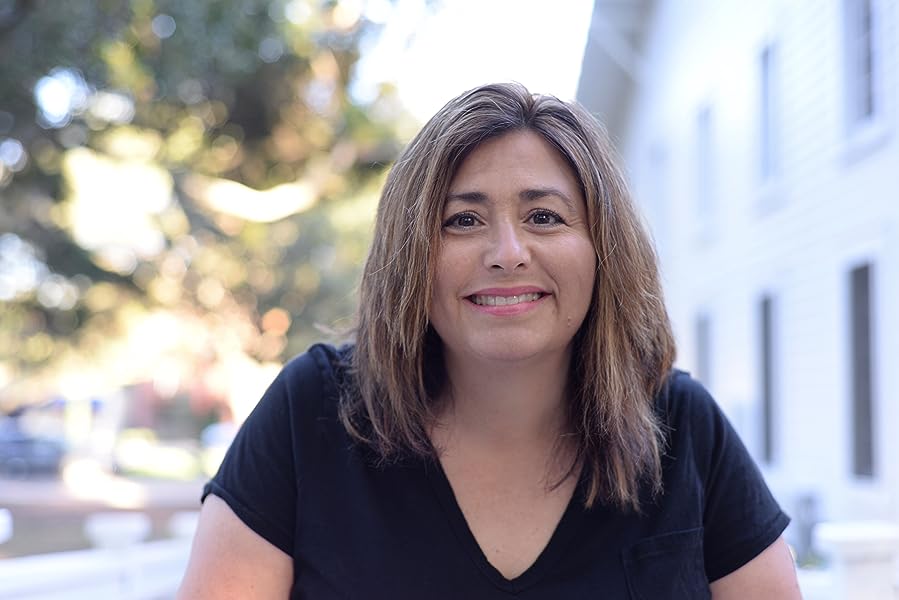 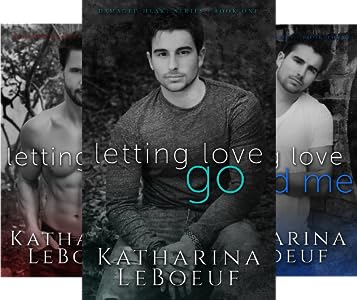 Katharina LeBoeuf grew up in New Orleans water skiing on the bayous and getting her fill of Cajun food. She graduated from LSU School of Nursing and currently works as a Registered Nurse. She loves sitting in her hammock and reading a good book. On the rare occasion there isn't a book in her hand, she's watching her favorite shows like Friends, Seinfeld, The walking Dead, and Criminal Minds on Netflix. She loves cheering on her boys during their baseball games and attending plays her daughter performs in. Oh Yeah! She loves writing too! Katharina lives in Orlando with her high school sweetheart, three children, a smelly cat named Chester (it's not his fault) and a dog named Rhett. --This text refers to the paperback edition.

Second chance at love as well as a new chapter in both their lives with everything else, I loved this story. A bit of confusion had them blurring things at first and causing some angst but that's normal while a couple sorts out what they want. Ryan trying to find Gabby was heart wrenching, I so felt for him knowing he lost her because of enlisting. I could say so much but I don't wont to spoil this for anyone else by dropping spoilers, it is a great romantic story and well worth reading. Also even if you haven't read any of the other books in this series it is written in a way that you can actually read it on its own, I often find that you cant really do that as there is to much stuff in the earlier books that you need to know in the current one, not the case with this so don't be put off by the fact its the third book in series. Katharina has done well in writing it in a way that carries over any information you need from before to make it easier to read alone. I cant wait for more of this group of friends and hearing more of Ryan and Taylor as well as Gabby and Dillon in the future. This is definitely what you call a romance novel, well done Katharina its awesome.
Read more
Helpful
Comment Report abuse

DebS.
5.0 out of 5 stars I absolutely loved this story!
Reviewed in the United States on November 13, 2017
Verified Purchase
I absolutely loved this story! Ryan and Taylor finally meet over a business deal. Both are professionally driven in their respective careers and lacking in the relationship department. It’s a beautiful story that takes place in New Orleans and New York City. I loved the relationship that Taylor has with her older brother, Dillon and the friendships they each have with others. This story is well written and well researched. My question is; who is the “me” in “Letting Love Find Me”?!!!
Read more
Helpful
Comment Report abuse

Kindle Customer
5.0 out of 5 stars Big Sigh...
Reviewed in the United States on November 17, 2017
Verified Purchase
Such a beautiful story.

I loved every word of Ryan and Taylor's story.

I laughed, I cried and sighed my way through this book. Seeing all the characters from the other booms was fantastic and I love.

Katharina has such a lovely ready style that everything just flowed beautifully. I can't wait for The next couple of books to see how this beautiful series unfolds.

Jennifer Pierson: The Power of Three Readers
TOP 500 REVIEWER
5.0 out of 5 stars #OHTHERYANFEELS
Reviewed in the United States on April 20, 2019
FINALLY we are getting Ryan Adams' story, and I was so excited. And Katharina LeBoeuf did NOT disappoint one bit with Letting Love Find Me! Ryan has decided that second chances at love aren't for everybody, as his ended up with friendship. So since a HEA wasn't in the cards for him, he decided to focus on building his new business. Taylor Bradshaw was one of the most successful marketing agents in the business, until a mistake derailed everything. So now she's wrapping everything up in New York to go back home & stay with her brother, while starting her own firm. And Ryan is the first client that she's determined to land in order to do that. What she didn't count on was the attraction that she had towards him, and as he's a client she's determined not to go there, but the heart wants what it wants. Little does she know that he's feeling that same way, but will her secret send him running for the hills? Oh this story had all of my feels out, as I laughed, cried, got mad, and even said a lot of colorful metaphors. Ryan & Taylor together were off the charts HOT, with a side of angst for good measure. And the entertaining cast of secondaries had me laughing a ton! The talented Katharina LeBoeuf had me hooked at the blurb, and I never looked back. There were even some serious twists that shocked the hell out of me, so of course since it's not NFL Sunday Funday, she had the f-bombs dropping! I'm so in love with the Damaged Heart Series, that I continuously wait impatiently for the next book! HIGHLY HIGHLY HIGHLY RECOMMEND TO ALL!
Read more
Helpful
Comment Report abuse

Crystal W
5.0 out of 5 stars Finally, Ryan gets his own story!!
Reviewed in the United States on April 22, 2019
Finally!! Ryan gets his own Happily Ever After. I’d fallen in love with Ryan in Letting Love Go and couldn’t wait for his story. I do recommend reading Letting Love Go and Letting Love In before you start on this gem only because you get to enjoy the world Ms. LeBoeuf has created, full of wonderful New Orleans charm and a marvelous cast of characters.
Ryan Adams meets Taylor Bradshaw at a business meeting. His store is almost ready to open, and Taylor sweeps in to get all his marketing needs straightened out. What Ryan doesn’t know is that Taylor will not only make a splash with his opening, she’ll make a splash in his life. They’ve both had a hard time when it comes to love, and when they meet, they’re both gun shy. There’s drama, miscommunication, and lies, but once everything is resolved, a truly beautiful love story is brought forth for us to stew in. Ms. LeBoeuf has created a truly wonderful series and I have enjoyed every part of it. The writing is great, the characters are darling, and the storyline is not one to miss. If you love second chance stories, don’t miss out on not only this one, but the entire series!!
**I received an ARC of this story and this is my voluntary review
Read more
Helpful
Comment Report abuse
See all reviews