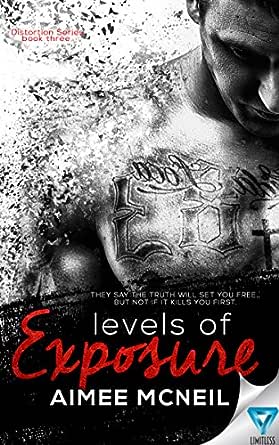 You've subscribed to Distortion Series! We will preorder your items within 24 hours of when they become available. When new books are released, we'll charge your default payment method for the lowest price available during the pre-order period.
Update your device or payment method, cancel individual pre-orders or your subscription at
Your Memberships & Subscriptions
There was an error. We were unable to process your subscription due to an error. Please refresh and try again. 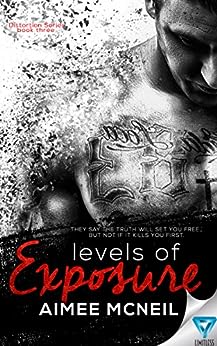 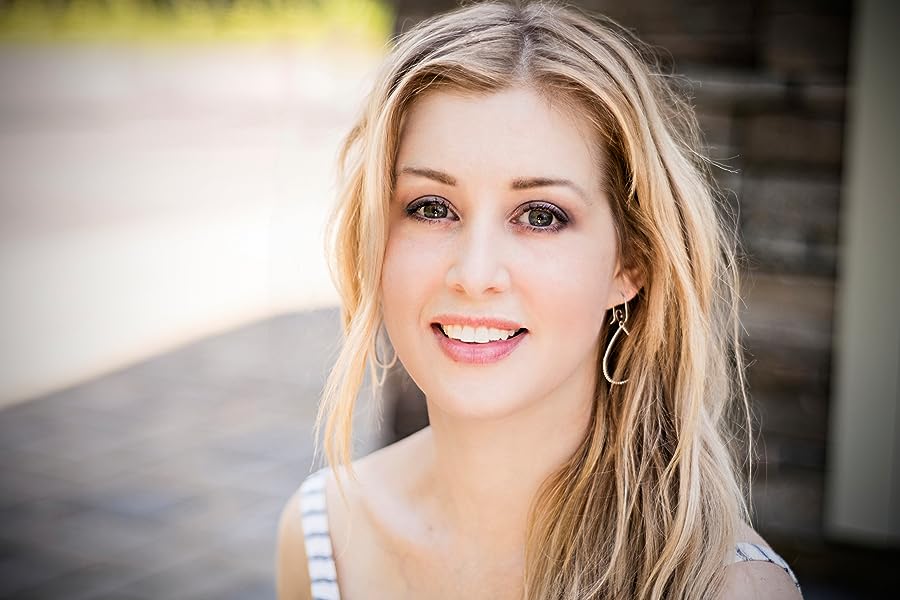 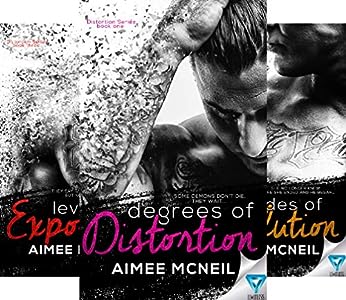 Shadowplay
5.0 out of 5 stars a passionately explosive, adrenaline-laced thrill ride
Reviewed in the United States on December 20, 2016
Levels of Exposure is a passionately explosive, adrenaline-laced thrill ride that doesn’t falter or stop. This part of the journey takes you deeper into the dark underbelly of hidden evil where you can easily lose all sense of right and wrong. What you watch unfold is an incredible effort put forth by a steadfast love and deep devotion between longtime friends wanting nothing more than to right a terrible wrong. This is a story that will hold your heart captive and make you truly appreciate every second of life.

Lexie finds herself a captive of the man she hoped never to meet. She and her mother are at the mercy of a madman claiming to be her father. Attempting to stay alive long enough to figure a way out of this never-ending nightmare, she uses all the tricks she can think of without crossing a fine, invisible line. When a bit of luck shines on her, she grabs onto a few precious seconds to contact Jackson on the outside in the hopes he can find a way to get to her. Jackson’s desperate prayers are answered when he gets a break and hears from Lexie. Will Jackson risk everything to get Lexie and her mother to safety only to fufill his long desired need for revenge, or will he find another reason to keep them safe and alive?

I have been waiting on this part of this wonderfully exciting adventure, and it never disappointed once. I was on the edge of my seat the entire time. The characters surprised me at every turn. Jackson’s shift in focus was incredible and heartwarming to watch. I loved seeing how much changed in the story itself along with the marvelous characters I was able to get to know. I didn’t think I could, but I feel in love with these characters even more. That is the sign of a fantastic story!

Aimee McNeil is a marvelously talented author who knows how to create a wondrous depth to her characters and gift us with a truly magnificent storyline. I have enjoyed her meticulously crafted world full of mystery, intrigue, and surprises. I can’t wait to read the next installation to this phenomenal adventure! Don’t miss out and catch up before you get too far behind.

E. Maynard
5.0 out of 5 stars 4.5 Stars - Full of Action, Great Book!
Reviewed in the United States on December 20, 2016
First, many thanks to Aimee McNeil, who provided a free copy of Levels of Exposure in exchange for an honest review. This is the follow up to the excellent Degrees of Distortion, and picks up right where it left off.

Lexie Wilder and her mother have been kidnapped by the sinister John Stodden, a man from her mother’s past who may or may not be Lexie’s father. Lexie cannot decide which option might be worse: to find out that she shares blood with this evil man, or not, and likely wind up sold to the highest bidder. She fears for her mother, upon whom John is almost certainly going to take his wrath out on, and her friend Stephanie, taken along with them.

On the outside, lawman Jackson Finley is tapping old contacts on the wrong side of the law, desperately trying to locate Lexie. He entered this situation in the hopes of finding proof that his father was killed by John Stodden, and quickly found himself falling for Lexie. Now, it’s not just about righting the wrongs of the past. It’s about rescuing the girl who has stolen his heart.

In another place, Stephanie finds herself in the most harrowing situation of all….locked in a cage, attended only by a madman who calls her another woman’s name.

Aimee McNeil tells an excellently written tale of suspense, action, crime and depravity. The action moves like a rocket sled, and transports the reader from the height of opulence, to a dank basement, conveying a sense of dread on par with an excellent horror movie. Evil wears many faces, and it’s up to Lexie to outsmart her captors if she wants to save her life.

The third book, Shades of Resolution, will release in January. I cannot wait to get my hands on it!
Read more
One person found this helpful
Helpful
Report abuse

Heather
4.0 out of 5 stars 4.5 action packed stars!
Reviewed in the United States on December 20, 2016
Levels of Exposure is about Lexie who is locked in a room separated by her mother. Jackson will do whatever it takes to get Lexie back. Stephanie who is Lexie’s best friend is missing. This story is packed with so much action, crime, suspense and darkness. It kept me on my toes. I didn’t want to stop reading as it was a well-written story. I really can’t give much details. Levels of Exposure continues where book 1-Degrees of Distortion left off. I would recommend reading these books in order so you fully can understand what is happening in this marvelous action packed book.

Lexie and Jackson are still my favorite characters. They have so much interest for each other. In this book I especially felt scared for Stephanie. What that girl went thru is unbelievable and I’m glad of the outcome.
There are two characters in this story that I can’t stand. John Stodden and another guy whose name I’m not going to say as I want others to have a chance to read this story however those two characters needed to be in the story.

This series is unlike anything I have ever read. I have enjoyed reading the series so far and I can’t wait for book 3 to come out in January!
Parts of the story I liked:
“He only needed to find the weak spot and crack Stodden’s whole operation wide open.”
One of the guys that was helping Stodden was nicer to Lexie than the others.
Around 37% mark that’s when the story got really interesting.
“He wanted to piece her life back together as much as possible with a desire that drove him more than anything else.”
“Stop looking at me like you expect me to burst into tears.”
Last but not least my favorite quote of this story: “I love the rush as it heats my blood.” …. “That’s what it was like when I was with you.”
Plot-4.5/5
Characters- 4.5/5
Heat- 3.5/5
Writing Style- 4.5/5
Overall Rating- 4.5/5
*Reviewed for SBR Blogs- I was kindly given a copy in exchange for an honest review
Read more
Helpful
Report abuse
See all reviews