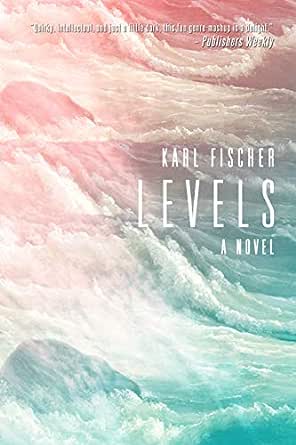 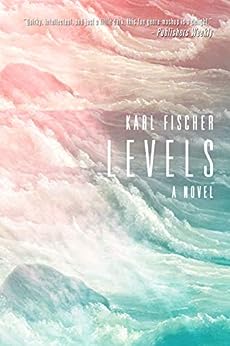 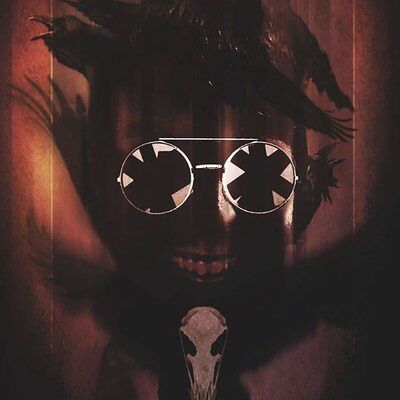 "An adventurer embarks on an uproarious quest to save the multiverse in Fischer's thoroughly entertaining debut set in an immersive fantasy world made up of a series of levels that resemble a video game gone haywire. Leonard Marcs spends most of his time getting blackout drunk to ease his misery over being stuck in Castaway, a dead-end level, where he works a mind-numbing temp job doing data entry for the Adventurer's Guild. Then someone nails a fish to his front door. It's an ambiguous threat that becomes more sinister when Leonard discovers that the fish is an extremely rare breed with magical properties. Leonard sets out to confront the Fishmancers in their not-so-secret headquarters on level one, armed with a hastily purchased antimagic gun and the reluctant aid of a secret agency. This straightforward quest becomes a wild ride after Leonard strikes a bargain with an eel deity who helps him recover memories of a nefarious conspiracy to control reality. Fischer's skillfully crafted plot not only twists and turns, but doubles back on itself through a series of temporal shifts as it weaves between alternate realities. Quirky, intellectual, and just a little dark, this fun genre-mashup is a delight." - Publishers Weekly --This text refers to the paperback edition.

Jeffrey Beesler
5.0 out of 5 stars Levels Ascends to a 5-Star Funfest
Reviewed in the United States on November 15, 2020
Verified Purchase
This book excels as a form of pure escapism. This whole book felt like a cross between A Hitchhikers Guide to the Galaxy and the Office. If you ever needed a book to take your mind off things for a while, this would be among the first ones I'd recommend to you. I hope to read more of Karl Fisher's work in the future.
Read more
Helpful
Report abuse

D. S. Atkinson
5.0 out of 5 stars Delicious
Reviewed in the United States on September 29, 2020
Verified Purchase
This is positively delicious. Every minute that it took Fischer to write this was worth it. Every single piece has to be perfect for something like this to work, but it is and does. Absolutely wonderful.
Read more
Helpful
Report abuse

The Baron Von Crabcakes
4.0 out of 5 stars Totally Fresh!
Reviewed in the United States on September 25, 2020
Karl Fischer's 'Levels' comes at you weird and wild, introducing the reader to a multiverse that, while taking on the flavors of fantasy and sci-fi, feels totally fresh. There's nothing out there quite like this book. Maybe it's Fischer's prose that did it for me, which is both eloquent and lyrical - or maybe it was the insouciant tone of the story itself, mostly lighthearted in its execution, except when it decides to stop pulling punches, after which it delivers plenty of thrills and catharsis along with the laughs. Parts of it are more demanding than others. There's a lot of characters and world-building and "rules" to keeps straight, and the action ramps up so quickly at times it's hard to know which way is up. But in the end, the payoff is great, and every beat of this thing sings. This book is strange and wonderful and, to my mind, Karl Fischer has established himself as an interesting and original voice on the indie fiction scene. Give this a read and you won't be disappointed.
Read more
Helpful
Report abuse

David W. Barbee
5.0 out of 5 stars Fast and freaky fantasy. Very fun stuff.
Reviewed in the United States on September 23, 2020
Levels is a shot glass of science fantasy right in your eye. Wild and vivid genre-blending adventure can actually become tedious, but in Levels it is turned inside out to become a journey of self-discovery. There’s grand scene-setting, but no empire-defeating. There’s luxuriously described action, but no princess-saving. There’s even some skewering of modern systems of bureaucracy, but also the multiverse-shaking power therein. The hero we should all be dressing as for Halloween isn’t a ninja or a wizard. He’s an Expert Support Miscellaneous who is oh so perfectly adequate.
Read more
Helpful
Report abuse

A. R. Haggstrom
5.0 out of 5 stars Excellent
Reviewed in the United States on November 28, 2020
An excellent novel. The future of speculative fiction is here.
Read more
Helpful
Report abuse

Miles Wentland
5.0 out of 5 stars Great Read
Reviewed in the United States on August 31, 2020
Levels is a fun, well written work that is worth your time.
Read more
Helpful
Report abuse
See all reviews