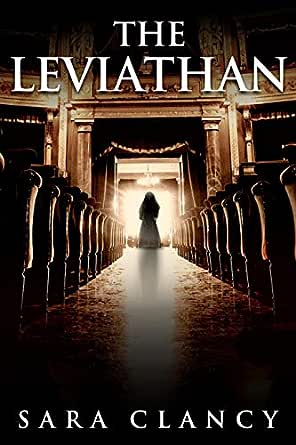 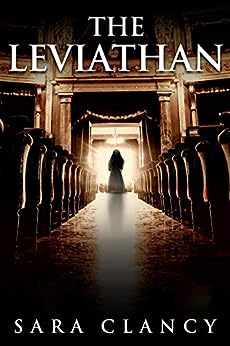 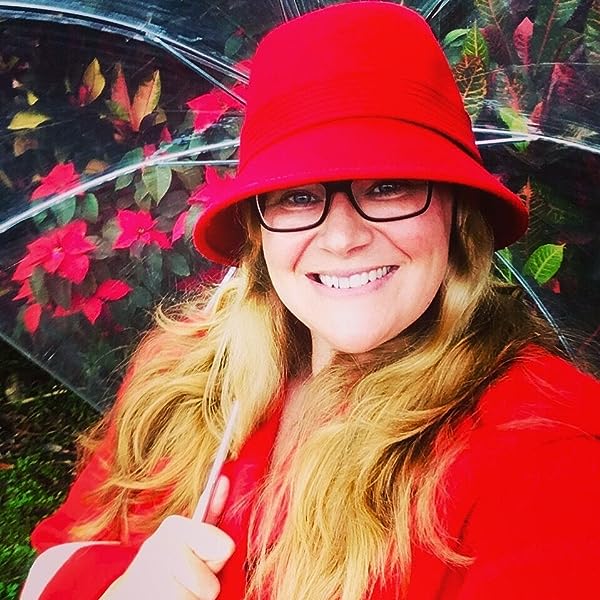 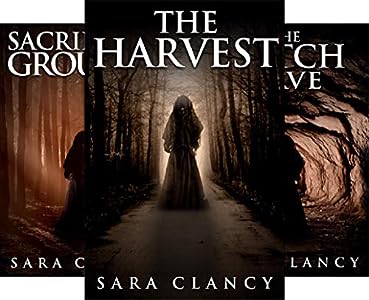 The interior of the vault was cool to the touch as she groped about for the effigy. Buck's slow, warning growl sounded all the louder in the silence around them. Snatching up the small doll, she hurriedly checked both ends of the hall. The lights blazed above her, flooding the space with a glaring light. Nothing moved. Her ears rang with the returning silence.

She whipped around and would have hit him had he been half a second slower. Trying to regain some of her pride, she snatched the vault seal from his hands.

"You're lucky I don't have my knife."

His eyes flicked from her face to the hallway. "What are you worried about?"

"We're on your side, Basheba."

She checked the doll for any damage, tossed it back into the vault, and hurriedly fixed the seal into place. "There. Done. Unless you found some other damaged ones."

Cadwyn sighed in defeat and led the way to the next break. "A couple."

He gestured to the damage he had found. "If pressure from construction work created a fissure, these cracks should be connected."

Basheba turned her full attention onto the wall of vaults to keep Cadwyn from seeing her face. I swear he's telepathic. It was the only explanation she could think of for how easily he could read her.

"But this damage is all scattered. As if someone deliberately broke them," Cadwyn pressed, tipping at the waist to lean deeper into her personal space. Basheba avoided his gaze by studying the random broken slabs. "Basheba, if all of these vaults hold ghosts, someone chose which ones to unleash."

It wouldn't do that. But the thought was hollow. Ever since her first encounter with the kraken, she knew it wasn't to be trusted. But she trusted her grandmother beyond question, and the old lady had promised that the kraken would keep its deals. It made those deals with me. Basheba violently shoved the thought aside before it could take root. Now wasn't the time to spread paranoia. Fix the seals and get back upstairs.

"Can the demon get in here?" Cadwyn gripped her arm, bringing her to a stop.

Basheba hesitated, but when she replied, her voice was solid and sure. "Your guess is as good as mine. Mina said the ghost shielding should work."

Before he could argue, she pointed to one of the broken slabs that was too high for her to get to on her own. After a moment of deliberation, Cadwyn accepted defeat and let the conversation drop. He handed the broken stone to her and set about yanking an unmarked one free.

"Check that the effigy's still intact before you reseal it," Basheba remarked as she put the two pieces together and studied the picture. "Oh, this was the cult guy."

"I know I shouldn't ask for details, but I will."

"Nothing much to tell. He was pretty high ranking in one of those doomsday cults. You know, those types of groups that always end in a lot of death?"

Basheba stared at his broad back as he worked. "A lot of death."

"Let me rephrase; why would you care?"

"Oh, he's not one of mine," she chuckled. "I wasn't even born yet. Nah, he's one of Kin Fiona's. She used to tell me about him as a bedtime story."

Cadwyn had the effigy in his hand as he turned his head. He decided against his comment and resealed the vault.

"She liked high profile targets, the ones everyone else was looking for. There was something about a nation-wide manhunt that she just couldn't resist. Apparently, he was a super big deal at the time." She tossed the pieces aside, and they shattered into rubble against the stone floor. "He's not much of anything now."

The next broken slab drew her attention, and she knelt to pull it loose. Buck pressed against her side, pawing at the marble until Cadwyn appeared with a replacement in hand. Buck's ears perked, his nose twitched, and he turned to stare down the corridor behind her. Basheba toppled onto her hip as she hurriedly whipped around. Whatever had caught the dog's attention kept itself hidden from her.

"Can you grab the other broken one? We need to speed this up."

The soft ruffling of his clothes covered any trace sound she might have been able to pick up on. With her hair standing on end, she fixed the vault door into place and ran for the next broken stone. She had the sharp fragments in hand when Buck broke into savage barks. Instinct propelled her forward. Sparks and crushed stones rained upon her as she rolled over the floor and crashed into Cadwyn. In one smooth motion, he rolled with the impact and looped an arm around her waist. Getting them both to their feet was far more awkward. Air pushed against Basheba's legs as they stumbled forward. She looked back just in time to see a tangled mass of limbs crashing into the wall, turning a dozen vault doors into kindling. The ghostly being wasn't an individual ghost, but a writhing cluster of arms and legs that came from dozens of people.

Fear spiked through her, and she pushed against Cadwyn all the harder. "Run!"

"What is that?" Cadwyn asked.

They sprinted down the corridor, Buck bounding to keep up.

She didn't realize the words had slipped out of her mouth until Cadwyn said through clenched teeth, "What does that mean?"

Her response was cut off when the grotesque mass materialized before them, a dozen hands already blindly reaching toward the sound of their footsteps.

Cadwyn had to distort himself far more than Basheba did to avoid them latching onto him, but they both ended up on their knees. Buck launched himself at the specter as Basheba and Cadwyn scrambled out of the way. His jaws snapped for flesh, but the writhing mass dispersed like smoke under his touch.

"This way!" Basheba shoulder-barged her way through a connecting door that fed onto another corridor.

They barreled down the narrow corridor for a ways before she took another door and started down a spiraling flight of stairs. How the hell did they get out? She shoved the thought aside and ran faster. That was something she could worry about once they were out of the monstrosity's reach. The crack and scrape of tormented stones followed them, the distance and rhythm making both her and Cadwyn pause.

"It's unleashing the others," Cadwyn whispered.

Basheba swallowed thickly, her bravado wavering when she heard the ghastly scrape of something slithering within the foundations.

The small waver in her voice had Cadwyn craning his head around to stare at her.

"They'll still be trapped in sections," Basheba assured herself. "Divide and conquer and all that."

The realization that they were cut off from the others hit them both at the same time. They broke into a sprint, racing down into the depths of the Leviathan.

4.8 out of 5 stars
4.8 out of 5
65 global ratings
How are ratings calculated?
To calculate the overall star rating and percentage breakdown by star, we don’t use a simple average. Instead, our system considers things like how recent a review is and if the reviewer bought the item on Amazon. It also analyzes reviews to verify trustworthiness.
Top reviews

Christina L Baxter-Perry
5.0 out of 5 stars I love this series
Reviewed in the United States on June 24, 2020
Verified Purchase
Thought out characters, Anerican history, twists, turds, witches, cults and horror, oh my. It’s a great alternative to Anerican history on the bell witch, brought to modern times, if your ready for a roller coaster of seeing good, evil, ancient packs and modern evil, read the series... so with it!
Read more
Helpful
Comment Report abuse

Nicole
5.0 out of 5 stars Fantastic
Reviewed in the United States on May 13, 2020
Verified Purchase
This is strong series that keeps giving and keeps you guessing. Strong characters likable/ some you will hate, the story moves and the creep factor will have you on the edge of your seat.
Read more
Helpful
Comment Report abuse

Kindle Customer
5.0 out of 5 stars I WANT MORE
Reviewed in the United States on June 11, 2020
Verified Purchase
I want to read them destroying the town. Come one one more book please. It is a really good series. I am mad that it is over. I want more. 5 awesome team out of 5
Read more
Helpful
Comment Report abuse

Kindle Iii
5.0 out of 5 stars The Bell witch series
Reviewed in the United States on August 8, 2020
Verified Purchase
I was extremely involved in the entire series. I could hardly wait to get to each new story.. I have read other stories from the Scare street collection and became interested in her work. I hope to see more of her work soon.
Read more
Helpful
Comment Report abuse

Shalanda
5.0 out of 5 stars 5 star
Reviewed in the United States on May 16, 2020
Verified Purchase
Can’t wait for the next installment. I love loves love this series!!!! It just keeps getting better and better. I recommend this 10 out of 10.
Read more
Helpful
Comment Report abuse

Cynthia Pitts
4.0 out of 5 stars Hooked til the end
Reviewed in the United States on July 4, 2020
Verified Purchase
This series had me from the beginning. This ragged bunch of hero have become my most loved characters. The excitement came on quickly and lasted through every book. I love this series!
Read more
Helpful
Comment Report abuse

Kindle Customer
5.0 out of 5 stars Incredible!
Reviewed in the United States on May 29, 2020
Verified Purchase
Couldn't stop reading all 5 books. Kick-ass characters and non stop, unpredictable action. Twisted traditions hiding generational deals with the Devils blown to hell and back by unconventional heroes you can't help but root for. Amazing!
Read more
Helpful
Comment Report abuse
See all reviews