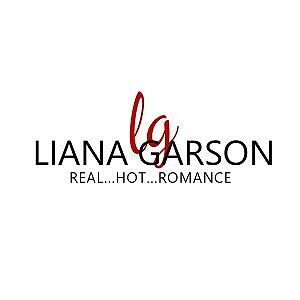 Liana Garson loves to read romance—the hotter the better. When she isn’t writing or cleaning up cat hair, she loves to crochet and watch Big Bang Theory re-runs. Somehow she still manages to make it into the office on a regular basis. 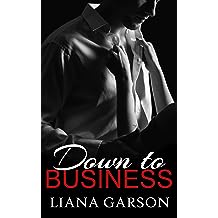 Down to Business: A married couple sexy short Mar 10, 2022
by Liana Garson
$0.99
All work and no play makes John a dull boy… but not if Leigh can help it.

When weekend plans are threatened by a looming work deadline, Leigh finds a creative way to motivate her husband to knock out one last contract. Dinner, a locked office door, and a little skin - she knows exactly what John likes and uses it to their advantage.
Read more 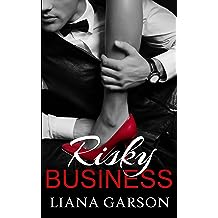 Risky Business: A Sensual Office Romance Mar 6, 2022
by Liana Garson
$1.99
Mia Sanford has admired Jake Hudson from afar ever since she transferred to Marketing. She might be comfortable tangling with the company playboy in meeting rooms but not in private. Facts and figures she can handle, but that blue-eyed devil is out of her league.

Jake was impressed with Mia, the sexy analyst who provides his monthly Marketing data, the first day he met her. Not only is she smart and reliable, she has legs that have inspired a few sizzling hot workplace fantasies. However, her girl-next-door demeanor and the company’s no fraternization rules force Jake to keep things strictly professional.

When Mia becomes the target of an embarrassing betting pool at the annual office party, Jake alerts her to the danger. But since he never expressed an interest in her until now Mia isn’t certain if he’s really looking out for her, or just trying to win the pool himself. If she trusts him, it might place both her reputation and her heart on the line.
Read more 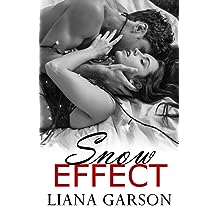 Snow Effect: A Second Chance Romance Mar 7, 2022
by Liana Garson
$3.99
Nicki Cartwright is one snowflake away from losing her dazzling TV camera smile. Between her mother interfering in her non-existent love life, a spotlight-stealing co-worker, and the threat of the snow storm of the decade, Nicki wants nothing more than to run away to a tropical beach. Instead, she lets herself be talked into attending the McNair’s 50th anniversary party.

Randy Stephenson’s drive from Chicago was uneventful until a winter blast made the last thirty-something miles nearly impassable. By the time he makes it to his grandparent’s cabin, an anniversary party is the last thing he wanted to endure. But finding Nicki there, the girl he had always regretting leaving, makes him glad he came.

Turns out fate-or maybe just a set of scheming grandparents-has plans for them. Stranded at the cabin, alone and with no real party in sight, they’ll have to face old hurts and an electric attraction. Is great sex, a little honesty, and a potentially priceless painting enough to mend a broken heart? 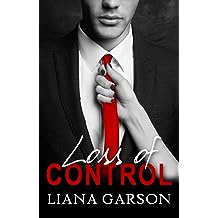 Loss of Control: A work place romance Mar 9, 2022
by Liana Garson
$2.99
Jeanie Madison is the girl everyone in Accounting can depend on. She might be the girl-next-door but that doesn’t stop her from having naughty thoughts about Steve, the hot guy from Audit who is leading her latest out of town assignment. When her boss passes her over for a promotion in favor of a colleague’s son, she hits her limit on patience. Just when she thinks her week couldn’t get worse, her due diligence reveals instances of fraud. At least the fraud gives her an excuse to work closely with Mr. Hottie.

Steve Waltman is the sexy Auditor all the girls swoon over. After getting burned in a previous relationship both personally and professionally, he decided he would never date another co-worker. That rule has kept him focused and helped him move up in the company. He hasn’t once considered breaking it until he meets Jeanie.

Jeanie and Steve work together to document evidence of fraud. They make a good team despite the sexual tension that sparks between them every time they get close. Steve has her back when her boss forces her to choose between following orders and doing what is right for the company but what she really needs is a night of steamy sex to ease some of the stress she’s built up.
Read more