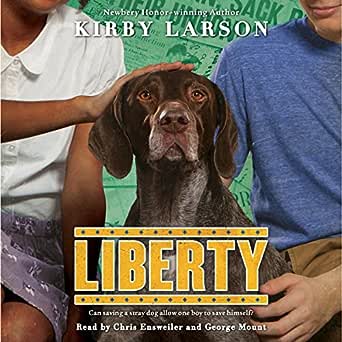 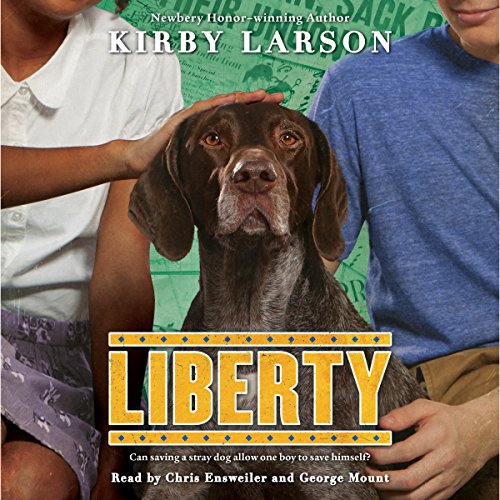 3.8 out of 5 stars
3.8 out of 5
13 customer ratings
How does Amazon calculate star ratings?
Amazon calculates a product’s star ratings based on a machine learned model instead of a raw data average. The model takes into account factors including the age of a rating, whether the ratings are from verified purchasers, and factors that establish reviewer trustworthiness.
Top Reviews

A. Dobson
5.0 out of 5 stars Five Stars
Reviewed in the United States on January 4, 2017
Verified Purchase
I like the concept of these stories. They're great for pre/early teens.
Read more
One person found this helpful
Helpful
Comment Report abuse

Carol Baldwin
5.0 out of 5 stars Liberty: Great Historical Fiction for Middle Grade Readers
Reviewed in the United States on January 23, 2017
When Alan Gratz, a prolific NC author, presented a workshop at SCBWI-Carolinas in 2010 on Plot and Pacing, my blog was only a few years old and I was learning how to review books. Fast forward to 2016, and I've decided to integrate writing craft instruction as much as possible into my reviews.

LIBERTY (Scholastic, 2016), by Kirby Larson is the third in her Dogs of War series for readers in grades 3-7. As Gratz stated in the opening of his workshop, a good story must include conflict. "Kids won't read boring stuff." Authors must entertain early and set the tone of the book. How's this for the opening paragraph of LIBERTY:
Thomas Edison said, to invent, you need a good imagination and a pile of junk. Fish Elliott had both. Unfortunately, he also had Olympia. Fish heard her before she even poked her braided head through the loose board in the fence between their yards. (p.1)
What tone does that set?

Without one iota of info-dump, Larson shows the reader that Olympia isn't allowed to attend Fish's school because she's a Negro; his sister, Mo, works at Higgins Industries, which builds landing craft; his pop has enlisted in the war; Fish is battling the lingering effects of polio; and he's determined to rescue a dog from a mean neighbor.

Not bad for ten pages.

Gratz, using material from Vogler's Writer's Journey, talked about the importance of internal and external goals, which are both resolved at the end. For Fish, his internal goal is to have his father not see him as a cripple. "Fish would do whatever it took to be the kind of son that his father really wanted." (p 28). His external goal is to keep Liberty, the dog he rescues more than once.

Larson added depth to her story by incorporating an important secondary character. Erich is a German soldier and a French prisoner of war near Algiers. Sprinkled throughout Fish's story which takes place in New Orleans, the reader learns about Erich's goal: "He was going to do whatever it took to stay concealed, to stay hidden. He could not let anyone see the Erich within.... It was his only chance of surviving." (p. 37)

Gratz said that the decision to act occurs in the first 25% of the book. Fish almost gives up on gaining Liberty's trust. "He wasn't going to find Liberty. It had been silly to think he would. Just like it was silly to think he could fix his leg." (p. 51) After Olympia chides him that he shouldn't give up, he goes inside to do his secret leg strengthening exercises. His sister comes home bragging about one of Fish's contraptions that inspired a new idea at the plant and Fish is empowered. "He'd done something that would make Pop proud." (p. 57)

As Gratz pointed out using the Wizard of Oz, Act 2 includes the adventures along the yellow brick road. For Fish, that includes losing Liberty, riding a bike for the first time since he'd been diagnosed with polio, and interviewing Mr. Higgins at his plant for a school project.
Mr. Higgins rested against the railing. "They said we couldn't do it. But last year we deliver seven thousand LCVPs and a thousand LCMs...." He clapped Fish on the back. "Two things I've learned, Fish." He held up a plump finger. "Don't let others set the bar for you." A second finger. "And if you think you can't, you're right." (p. 121)
For Erich, clear across the ocean, his adventure begins when he sneaks aboard a transport that was taking Germans to a prison camp in the United States. "What's the worst they could do if they catch you?...Send you to prison camp?" his friend says (p. 90). When Erich arrives in New Orleans, the reader is on the hook. How will these two characters--who have no connection to one another-- meet?

The climax of the book, as Gratz says, should be the moment that was promised in the beginning; the moment when the internal and external goals come together. In LIBERTY, that means both Fish and Erich performing heroic feats for Liberty's final rescue. Since I want you to read this book, I'm not including any spoilers! But in this tease, Fish recognizes similarities between Erich and some of his favorite people:
Fish glanced over at Erich. He's eyes were as blue as Roy's. His smile as warm as Mo's. It was hard to think of him as an enemy. Maybe he had been. Maybe he still was, in some ways. But they were allies, too, over Liberty. (p. 185)
Erich gives Fish a carving of Liberty:
Fish stared at in wonder. It was Liberty in miniature perfection. He'd got her ears, her face, her shape, just right. "For me?"
"Inside each piece of wood waits its true self, waiting to be revealed by the carver." Erich turned away from Liberty's pen. "This is true for people, too. We do not know what lies within until we are prodded into action." (p. 186)
This book for boys and girls will introduce younger readers to segregation and World War II in a gentle, yet provocative and meaningful manner. This would be an excellent classroom resource but sorry, I'm not giving my copy away. I have grandkids who are ready for this book; another novel commandeered for The Cousins Club!

Louisiana Book News
5.0 out of 5 stars It’s one of my most favorite children’s books
Reviewed in the United States on December 16, 2016
Kirby Larson has a special place in my heart. She’s the author of the heart-wrenching “Two Bobbies: A True Story of Hurricane Katrina, Friendship and Survival,” an award-winning tale of a dog and a cat who become friends through disaster. It’s one of my most favorite children’s books.
Her latest book set in New Orleans is “Liberty,” a young adult story that’s part of Scholastic’s “Dogs of World War II” series. Adolescent “Fish” suffers the aftermath of polio but that doesn’t stop him from his inventions. Aided by neighbor Olympia, they create a trap for rabbits invading Olympia’s garden but end up using it to snag a stray dog they name Liberty.
Fish’s sister Mo works for the Higgins boatyard, makers of the landing crafts used in the invasion of Normandy. Their father serves overseas and Mo’s boyfriend fights in the Pacific. Larson even drops in a German POW who ends up in neighboring Jefferson Parish.
Readers will not only learn about World War II, the role of the Higgins boats and the POW camps of New Orleans, but will be touched by this sweet story of a boy (and girl) and their dog during on the most trying times in U.S. history.
Read more
2 people found this helpful
Helpful
Comment Report abuse

Karen Warner
5.0 out of 5 stars liberty historical ficton
Reviewed in the United States on February 10, 2018
I apsolutly love this book. this book taks place during world war 2. this would be a grate bolk for young readers. this is a very good book. Liberty is about a stry dog wich a boy trys to help. liberty is a amazing book I recomend it to all reders who like dogs or any animals.
Read more
Helpful
Comment Report abuse

Elizabeth A. Hoeft
5.0 out of 5 stars Five Stars
Reviewed in the United States on July 28, 2017
It's an interesting story about life during WW II in New Orleans.
Read more
Helpful
Comment Report abuse
See all reviews from the United States