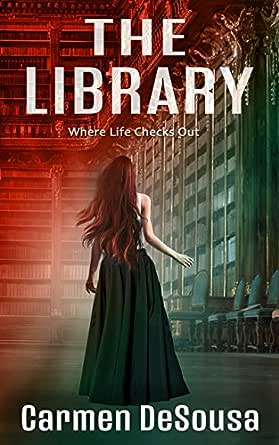 You've subscribed to American Haunts! We will preorder your items within 24 hours of when they become available. When new books are released, we'll charge your default payment method for the lowest price available during the pre-order period.
Update your device or payment method, cancel individual pre-orders or your subscription at
Your Memberships & Subscriptions
There was an error. We were unable to process your subscription due to an error. Please refresh and try again. 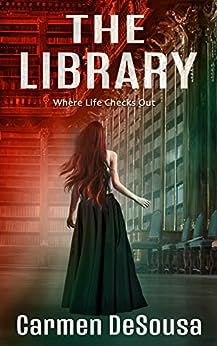 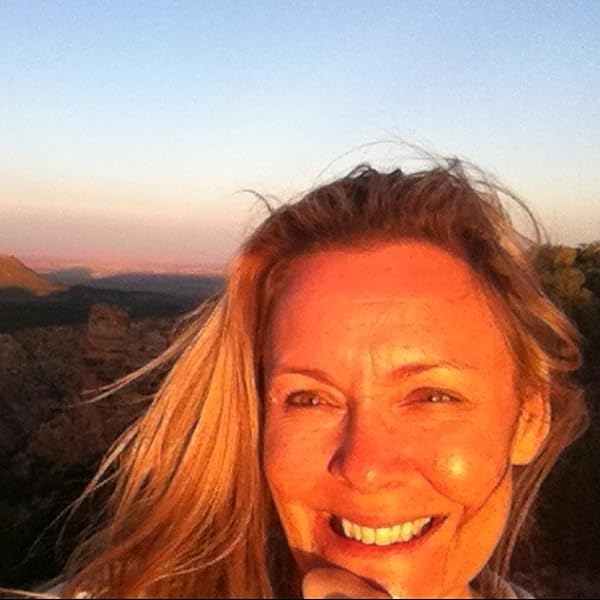 The Library: Where Life Checks Out (American Haunts) Kindle Edition 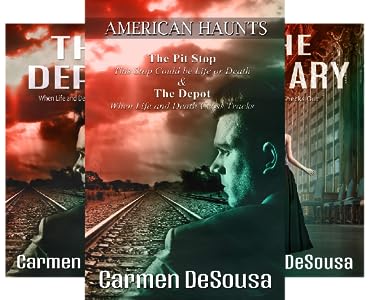 ⭐⭐⭐⭐⭐ "The plot is intricate, while also being easy to follow... The paranormal aspect is well done. While not the central focus, the ghosts offer just enough to give Mark - and readers - something to think about."Darcia Helle, TOP 50 REVIEWER VINE VOICE

⭐⭐⭐⭐⭐ "Based on a real life ghost story ... Carmen DeSousa unveils the mystery of the haunting with a compelling tale of murder, betrayal, and resolution. ... Great story. A leisurely read with lots of emotional content. -- Sandy Penny, Founder of SweetMysteryBooks.com"

Full Book Description: In 1934, the body of a beautiful, but poor young woman was found alongside a riverbank near The Depot. Beaten to a pulp, only recognizable by a tattoo on her ankle, and yet, days after the discovery, the story all but disappears.
Eighty years later, locals claim The Depot is haunted. But in all the years homicide detective Mark Waters has visited the ancient train station turned restaurant, he's never seen proof. Until now.
As he sifts through evidence of a supposed suicide by train, he learns a murder that took place eighty years ago may directly affect his case.
Six months after the strange occurrences at The Depot, there's another murder. This time, The Library holds secrets of several murders, and the dead won't rest until the murderer checks out too.
My personal experience: In 1989, I worked at a restaurant in Rockledge, Florida called Ashley's Cafe. Although fictional, my idea for The Depot and The Library stemmed from the ghost who haunts the 1930s tavern.

My fascination with the restaurant came about the first night I served as the restaurant's general manager. I'd worked there for almost two years and had never heard or saw a thing, but my first night in my new position was a different story. It's been so long, I barely remember all that happened, but one thing that I'll never forget is one of those large oval trays--that can't possibly balance on its side--came sliding across the floor at me. Also, a five-gallon bucket of water spilled across the floor when no one was near it. Maybe the ghost was just reminding me who was boss.

But the most nerve-wracking occurrences throughout the years were the number of employees--including myself--who felt as though someone had pushed them down the service stairs.

My husband--who happened to be a police officer at the time--also got to hear all the stories from the other officers who'd searched the café in the middle of the night because of alarm calls. Unfortunately, he doesn't have any stories, but the detective's account in The Depot is based off several officers whom my husband knew and trusted.

Since I'd always been interested in the supernatural, I looked up the woman's death who supposedly haunts Ashley's via microfilm from the old library in Cocoa, Florida.

At the time of her death, it was on record as one of the most heinous murders in Florida's history. The murderer had gone through great lengths to conceal the woman's identity, including smashing out all her teeth, cutting off her fingers, and burning her body. According to witnesses, the woman had been dating someone from power and wealth. And to my surprise, when I looked forward past a few days, the story had all but disappeared. Weeks later, nothing! Think about that! One of the most shocking crimes in Florida's history in the thirties, and the newspapers drop the story.

So, there you have it. While my story is fictional, there is a ghost story. Look inside for links to the real-life ghost story.

Carmen DeSousa's stories overflow with Mystery, Suspense, a hint of Romance and Paranormal, and sometimes...tragedy. After all, what would a great story be without an emotional event setting the stage.
Although The Library (Where Life Checks Out) includes ghostly elements, her paranormal stories dance on the edge of make believe, in a genre referred to as magical realism. Carmen's hope is that as you read her supernatural stories, you'll wonder, "Hmmm...what if?"

"Based on a real life ghost story ... Carmen DeSousa unveils the mystery of the haunting with a compelling tale of murder, betrayal, and resolution. ... Great story. A leisurely read with lots of emotional content. -- Sandy Penny, Founder of SweetMysteryBooks.com" --This text refers to an alternate kindle_edition edition.
Read more