I'm Libre. I write erotica that is steamy, sensual, often romantic, and with a psychological edge. In my writing, I seek to stimulate the body, mind, and intellect.
I spent a number of years living and working in a number of different countries before returning to my home country. Since then I have made my home by the windswept and sometimes wild moorlands in rural North Lancashire. These surroundings provide a brooding and stark landscape from which I derive much inspiration.
A life-long book-lover, I write because I enjoy it. I write erotica because I enjoy that too. That is, reading some of it, some of the time - when it is honest and sensual, featuring real, strong women.
Read more 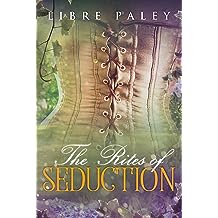 Continuing the sexy, saucy, spanky and, not least, romantic adventures of Gabriela


Gabriela’s marriage to her heart’s beloved István has brought its challenges, yet theirs is an overwhelmingly exciting, amorous, and deliciously sensual union. She becomes convinced that she is the talisman for their continuing happiness and for István’s good health. Therefore, it comes as a shock when her husband falls ill and implores Gabriela to continue their planned travels to Paris alone.


Whilst she misses István desperately, given Gabriela’s appetites, it is not long before she stumbles across all manner of carnal distractions. In France, a series of teachers awaits her, from a budding artist of the French Impressionism School, to a famous English writer, to a most chivalrous couturier’s assistant in a fashion atelier—not forgetting the considerate attentions of her best friend and hostess Alexandrine. All are more than happy to initiate her into new pleasures, ensuring Gabriela is engaged in a variety of stimulating encounters, including an introduction to corporal punishment and bondage, and with no shortage of talented partners.


Along the way, she encounters her former suitor Captain James Francis, a man who retains the power to unsettle her, and makes the acquaintance of the bohemian dancer Albertine. Though as Gabriela discovers, what appears to be one more night of errant pleasure soon leads to dangerous risk-taking. So dangerous, that Gabriela’s return home, her reunion with István, and even her life, are imperilled.


This is the third in the Rites series. Set in late 19th-century Transylvania and in Paris at the dawn of the Belle Époque, The Rites of Seduction is a Gothic, sensual, romantic indulgence wrapped up in a compelling story line, full of vivid characters and sumptuous historical detail. Submit to it. 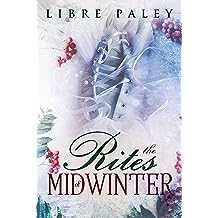 For Gabriela, the dark half of the year is the more fulfilling

Unable to reveal the real reason for his journey, István has arranged for close friends to support Gabriela in his absence. She is already well acquainted with Alexandrine and Georg. The two undertook Gabriela’s first schooling in amorous pleasures when she arrived to the Castle, to assure themselves she would suit István’s every requirement as his wife.

The weeks settle into a thrilling pattern of voluptuous days and nights of carnal pleasures. But as time passes with not a word from István, Gabriela grows unsettled. Not only do shadows of doubt about his love for her gather, the mystery of a certain locked room begins to create unease in her mind. 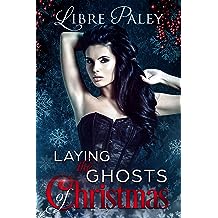 Ebby Scott has supressed her adventurous side far too long. An almost-thirty year old almost-virgin, she is given the chance to live out a life that has hitherto existed in her vivid fantasies and in the books she keenly devours. And Ebby has stumbled across the perfect place to help her unleash her erotic appetites.
Across each of three nights, Ebby faces her past decisions, her present choices, and gains a glimpse of her possible future as her sexual adventures become ever more steamy, satisfying, and liberating.
Meanwhile, her hopeful and adoring suitor Nick waits for her back at home.
By the end of her three-night escapade, will Ebby return to Nick’s loving arms, or will she be unwilling to give up her new-found freedom just yet? 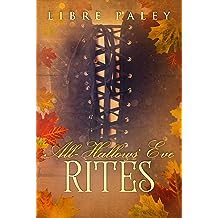 
The season of mists and remembering comes to The Estate, otherworldly place of fantasy fulfilment, and finds its Director Gizi in high spirits and in love. Her colleague, gorgeous Dr Grigori, is in less of a holiday mood. To distract him, Gizi reads from the scandalous journal kept by her ancestor Gabriela. It tells of Gabriela’s sexual initiation in nineteenth-century Transylvania, conjuring associations with vampire legend.
Gabriela, a spirited young woman, has been promised as bride to a wealthy Count whom she has never met. A subject of village gossip, the Count lives alone in a turreted Gothic edifice set in wild parklands, and is never seen beyond night and shadow.
Gabriela’s journey to his castle in All-Hallows’ Eve darkness is the start of a greater evolution to erotic awakening, encountering along her way two of the Count’s closest confidants. As night passes, Gabriela is inducted into experiences of sensual pleasure beyond anything she has imagined in her sheltered life. By the arrival of dawn, Gabriela’s fate must be decided. Carnal satisfaction is guaranteed, but what of her happy-ever-after?

Length: 10,500 words approximately. A novelette to read in two bites. 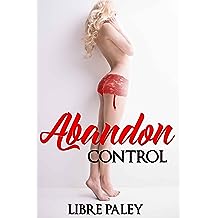 Anticipation is sweet… But the first touch is the sweetest of all.


Only this time her visit will be different: Kenna has chosen to play a wild card, meaning her hosts will choose and set up the scenarios in which she must participate. The night that follows could take Kenna too far out her meticulously managed comfort zone, or it could deliver her to hitherto unimagined heights of sexual pleasure. By surrendering control, will she find a new way to liberation? 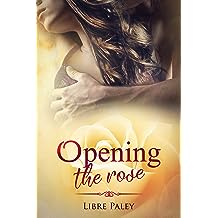 Charlotte Vallent receives a letter from Mrs Konya, formidable mistress of ‘The Estate’, inviting her to return to that daydream mill of pleasure, a place committed to fulfilling a woman’s sexual fantasies. Any woman. And pretty much any fantasy.

Now Charlotte has a choice to make. It has taken her a year to shake off the memories of her previous visit and her participation in the Calyx Programme. But has she recovered from the gorgeous Grigori, her nocturnal watcher, helper, protector and, for one incredible night, her lover? Will he be there for her if she goes back and if so, will they be able to say goodbye a second time?

Though of course, there is always the chance Charlotte will get to double her satisfaction. 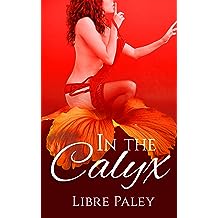 
Charlotte is worn out juggling the demands of work and home. Until one steamy summer day she steps out of her workplace and into an anonymous black car sent to collect her.

Charlotte embarks on an adventure that is often demanding, sometimes tender, and always deeply satisfying. Along the way she meets Grigori, her night-time angel. Grigori has the looks and intellect to attract any woman he chooses, but has opted to be alone. That is, before Charlotte arrives in his life.

As her time in the Calyx reaches its conclusion, Charlotte experiences her most unexpected and fulfilling night of all. Can she return to the real world without a backward glance, or will going home prove harder than expected?


Shamelessly sensual, often candid without being crude, In the Calyx is an expressive and provocative novel with a romantic story arc, a contemporary update on chateau erotica. Containing sexual scenes and language, it is for readers over eighteen only.


- Be prepared to sacrifice your day to this story, because once you get started reading you’re not going to want to set the book down… And hey, keep your ‘toys’ handy, just in case. Review, Victoria Ray, https://raynotbradbury.com/