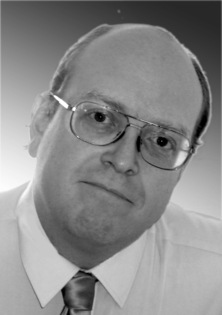 Grade 10 Up—This collection of comics is sometimes darkly humorous and sometimes downright sad. Licensable Bearâ„¢ is an adorable but Machiavellian character who is obsessed with marketing himself. Sometimes that works out well, as when he goes to Japan and his innate cuteness has him rolling in yen without even saying a word. Other times, people learn that those big dark eyes are empty indeed, and they instinctively shy away from him. The bear doesn't think twice about inviting reporters to a ribbon-cutting ceremony that serves no purpose, or putting his name on shoddy products, or even taking Santa Claus to court. While several of the story lines are engaging, the most memorable story arc involves Marketable Moose. When Licensable Bearâ„¢ sees him at a convention and notices that his antler is falling off, he discovers that Marketable Moose is the latest incarnation of another marketing icon that has fallen from grace. The artistic style varies throughout this book from computer graphics to hand-drawn images, depending on the artist. The tone also changes from story to story; while some selections are moving and profound, others are witty and/or intellectually stimulating, as Licensable Bearâ„¢ takes on topics like trademarks and brand recognition.—Andrea Lipinski, New York Public Library
Copyright © Reed Business Information, a division of Reed Elsevier Inc. All rights reserved.

Nat Gertler is the two-time Eisner-nominated comics writer, editor, and publisher. He is the co-author of The Complete Idiot's Guide to Creating a Graphic Novel, the founder of 24 Hour Comics Day, and a former member of the comedy troupe Doorways To Lint.
Tell the Publisher!
I'd like to read this book on Kindle

jmassara
4.0 out of 5 stars Funny and insightful
Reviewed in the United States on August 9, 2011
Verified Purchase
I've worked with licensed characters characters, primarily as a cartoonist and animator, for years now, and Nat Gertler clearly knows whereof he speaks with Licensable Bear. Funny, insightful and pointed. Loved it.
Read more
Helpful
Comment Report abuse
See all reviews from the United States